Boomtown Brewery  has “changed” up their latest Artist canned IPA with Changeling.  Here is more info from the DTLA brewery. “Designed by the artist, activist and environmental consultant Lucia Gaia Pohlman , Changeling was born out of the chaos of 2020 and is a call to invite us to examine our place in the world and consciously decide how we step into a new future together with a beer in hand.

The artist describes the work as, “Not quite humanoid creatures dancing in a new way.” These figures house a wallop of delight in the form of a Hazy DIPA, that clocks in at 8.4% ABV and IBU 35. The beer has a nose of Guava, Orange Creamsicle, Hop Spice with flavors of Pomelo, Lemon Pith and Peach. Made with Galaxy, Mosaic and Cascade hops.”

Boomtown Brewery is here to help with your staying at home needs with their new hazy, Stir Crazy.

Here are the beer details: “The beer itself is a Hazy IPA brewed with Mosaic, Hull Melon & Chinook Hops with flavors of Ripe Pineapple, Lychee and Bartlett Pear. Stir Crazy has a choice price point of $16 per 4-pack, and is only available in a can.”

“It will be available for contactless pickup on Friday at their brewery, and can be preordered online here.”

Boomtown Brewery is dropping their first Artist Series Double IPA tomorrow and they have tabbed Matt Sharack (also known as Sharackula) to design the can label.  As you can see this is a Western meets Halloween look and inside, the IPA is powered by Amarillo and Cryo Mosaic hops.  Don’t try to get into a shootout afterwords though.  This is an 8.2% DIPA and will make that shot go a little wide.

Some classes in college would have improved with a beer in hand and some classes, well Physics for Poets tried but I still was not going to understand it all that well.

You can learn: The Dark History of Los Angeles at Boomtown Brewery from Joan Renner or The Skeptical Cinephile: Investigating Science in Cinema at Indie Brewing Company from Dave Farina. 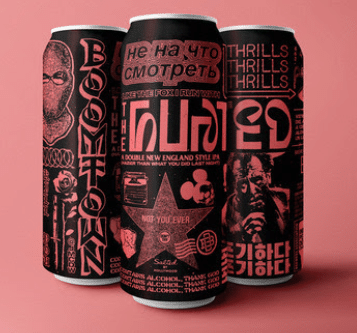 Boomtown Brewery is taking advantage of being Arts District adjacent to adorn their latest DIPA release The Hunted with cool imagery. This time the artist is J. Collins and the beer is a hazy Double IPA. If you are a fan of Galaxy and Mosaic hops, then be ready on Saturday, September 22nd at 12:00PM for the sale. Four-packs are $18 and there will be food trucks, Hunted merch and music.

If you have visited Boomtown Brewery then you have seen the art work of mural artist Richard Arthur. He designed both the Roxy Musicand David Bowie murals at the entrance.

Now Arthur’s label art will grace a new Boomtown beer, Medusa. On the 23rd you will be able to taste the hazy IPA on draft and in a can while Arthur creates live art. Also at the taproom will be an art gallery and music all day.

The artistry on and in cans is really setting L.A. apart from other brewing towns.

Welcome to 2018! For L.A. Beer fans, it will be a busy first month to the year with many anniversaries and events already on the calendar, anchored by the L.A. Beer and Food Festival. But we will duck outside for this month’s A Book & A Beer and to Durham, North Carolina to visit some breweries from our computers.

~ e-visits to three breweries from Durham, North Carolina perhaps Barrel Culture Brewing and Blending, Clouds Brewing, Fullsteam Brewery or Ponysaurus Brewing Co.
~ special featured reviews of beers bought during one visit to Sunset Beer.
~ Heads-Up on Los Angeles Beer Events
~ Three suggested beers to buy this month. One light, one medium and one dark
~ A Book & A Beer reads The River Why
~ I will tap the Firkin and give my no holds barred opinion on the craft beer world. 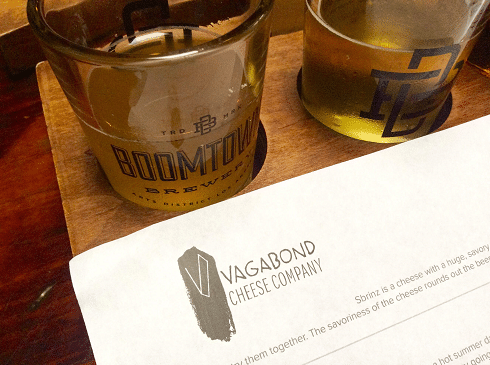 There is a world of cheese out there. In an alternate universe, I could see an alternate Sean writing a cheese blog instead of beer.

Of course that alternate blog would touch on beer, just like I am dancing about cheese now. Vagabond Cheese is showing up everywhere independent beer is at. Don’t believe me? Check out their calendar. It is pretty damn full. 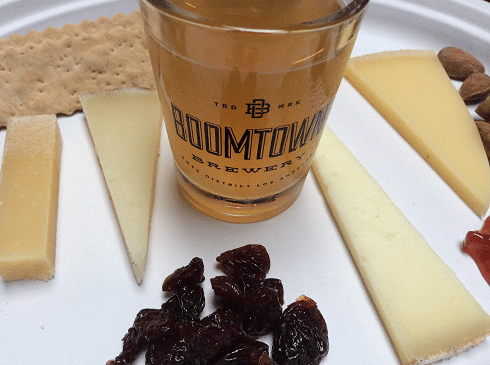 A few days back, I finally did a guided beer and cheese pairing at Boomtown and it was really good. It is the best way to try and find cheeses that you like even though they are spendy, all without breaking the bank. 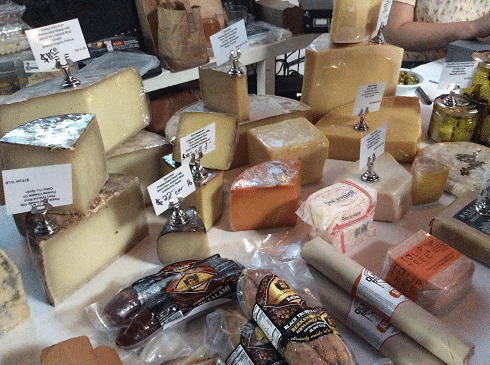 Here are the four selections that were served up:
Sbrinz AOP with What Gose Around
Ombra with Bad Hombre
Ossai-Iraty AOP with Obscura Guey
Sailnois with Submission
Boomtown meets Vagabond

The Sbrinz, to me, tasted like Parmesan without the grain. The hard cheese and the sour “grated” on me though.

The second cheese was close but not quite white cheddar-y with some butter notes. The cheese outshone the simple beer which did not add much.

The third tasting had it going. A creamy texture meets darker malt which was even better with almonds added into the mix.

There was some grain to final cheese but it also more cheddar notes which here mixed well with the banana esters from the dark Belgian golden. I would have to call a favorite tie between three and four. 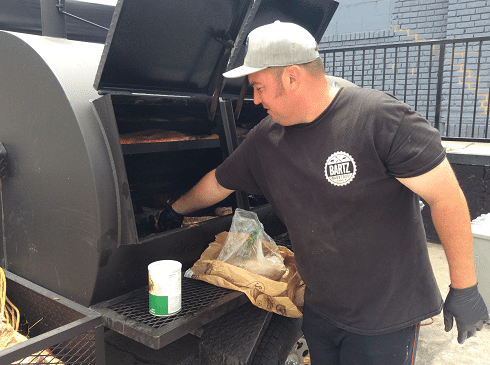 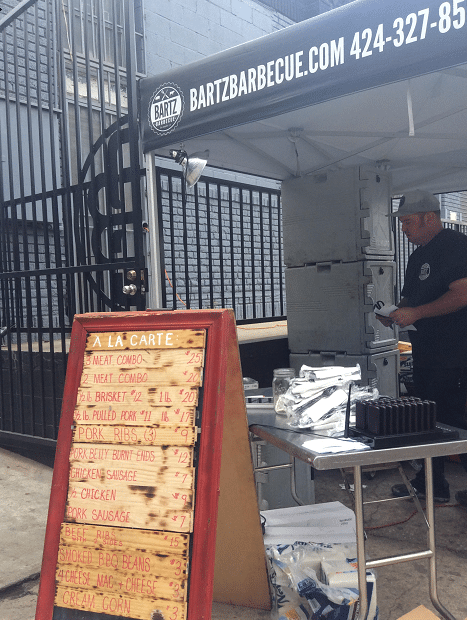 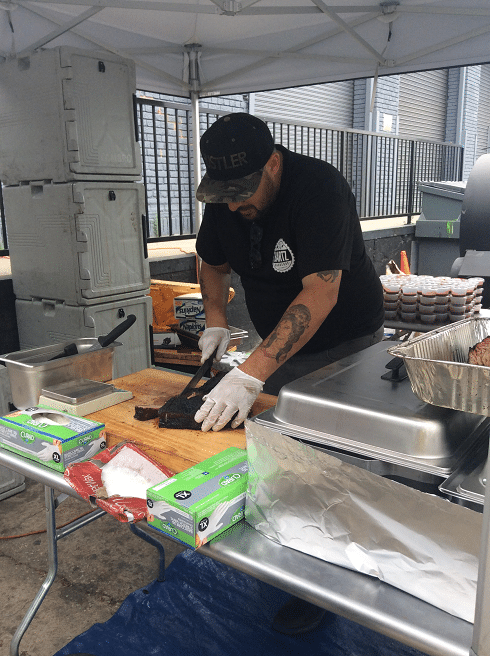 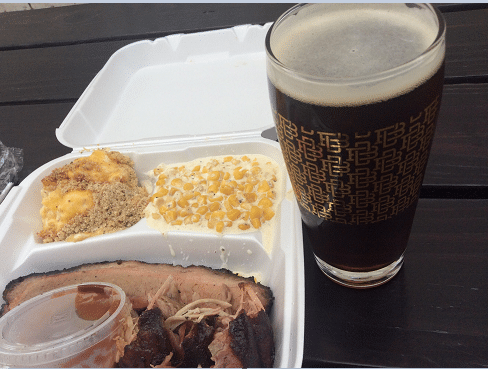 You would be forgiven if you thought that Boomtown Brewery in DTLA was already open.

But now they have actually opened their brand new and quite luxe tap room. 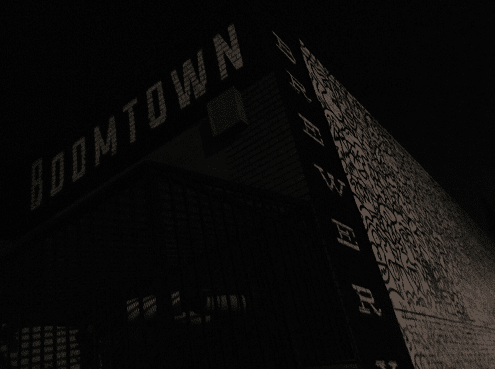 You look for the big mural and head down Jackson to the alley and go back past where the temp tap room was and head to the left and down the ramp to the large space where you will see a large space with dark wood accents on the far wall. 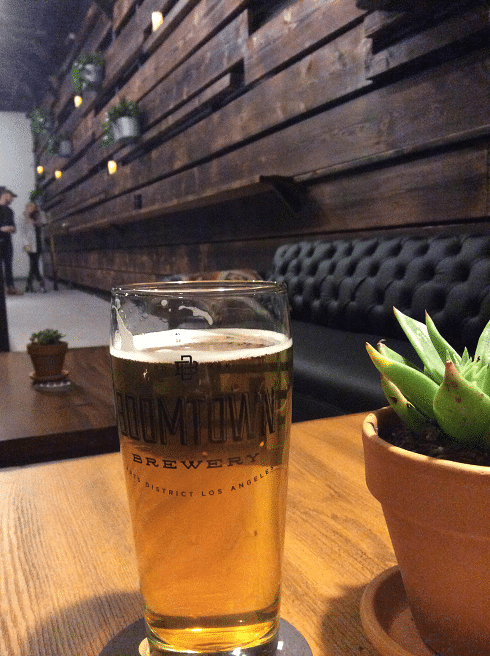 You make your turn to the right and find the bar and taps and the order board that is a bit hard to make out, so grab one of the menus on the bar to get the beer info to help you make your choice. 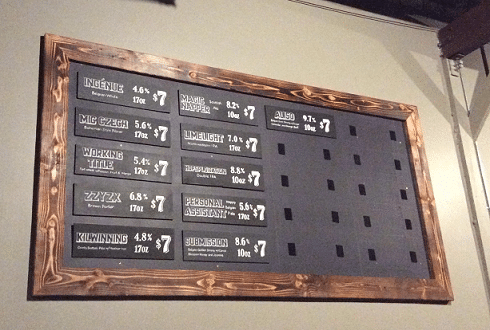 There are plenty of tables to choose from as well as couches to lounge in as you enjoy your beer.

DTLA tap rooms are a varied bunch and this one just screams classy night out.