Hopped LA is posting a cool series of podcasts where host Gary Magnone dials up brewers and talks about one specific beer from their range and then proceed to drink said beer for immediate tasting notes. Ten Mile has been on to speak about their Kentucky Common, Hidden Hollow and before that Common Space Brewing was the guest. Check it out and then the website also has a handy to-go page as well to give you ordering info.

I have been a Guild member of the NAGBW since it started and they have started up a blog where members can express some of their beer writing to the world. Called The Reporter’s Notebook, there is currently a piece on proper day drinking etiquette with more beer knowledge to come. I highly suggest adding it to your reading list. 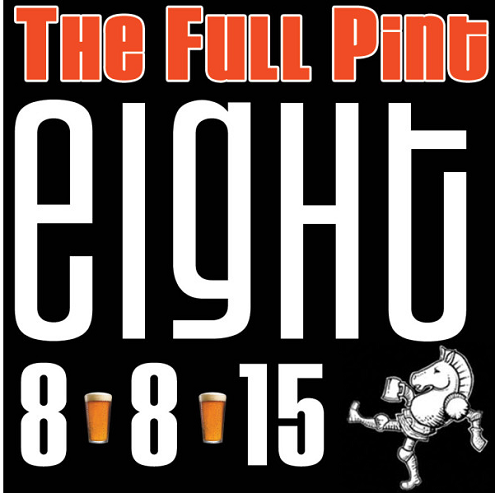 The great duo + Fran at The Full Pint will be celebrating the 8’s this year and have kindly moved their fest to LA for 2015.

The Lost Knight will host and there are at least two breweries that should make you consider buying a ticket. 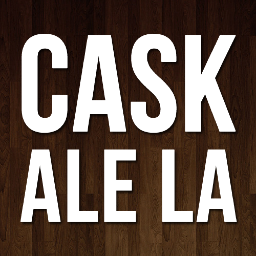 We are awash in IPA’s here in SoCal, but something we could use more of is cask ale.  You see one off’s and anniversary casks but nothing near approaching the level that Britain has.

Into that breach comes:

Cask Ale LA which was started by Aaron Champion. Originally from Toronto, he came to LA back in 2013 and like many others who have emigrated here wanted to have the same beers he had back home.  Now he tracks “down the delicious real ales that he was accustomed to back in Ontario.” So you don’t have to.

Check out Aarons’ blog when you are next on the interwebs.

Beer of Tomorrow celebrated their one year anniversary of beer blogging in grand style yesterday at Beer Belly. 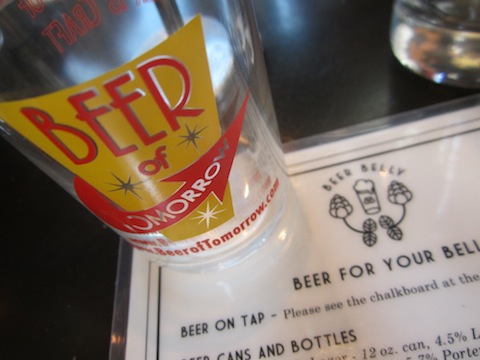 I headed to Koreatown to congratulate John and Julie and also to have a couple beers from their L.A. centric curated tap list:

I really enjoyed the new Ohana option and the catchy name as well.  I also got a taster of 2012 Unity from Eagle Rock.

Raise a glass to year two of Beer of Tomorrow!

Not only did I meet Fred Waltman of the Franconia Beer Guide at the Beer Advisory Board meeting for the 4 Points Beer Hotel but I also got to meet Curtis who blogs at HopHeadSaid and covers the central coast of California and also puts a spin on beer and food pairings too.

There is an excellent map of breweries that goes as far south as Agoura Hills and one of my favorites, Ladyface and heads north up to Paso Robles and a certain teeny-tiny brewery up there.

It is yet another great resource for traveling and ideas.

You may have noticed that my video beer reviews are few and far between. Usually topping out at four a month. And you don’t see me in any of them. That is because I am not a big fan of the “white guy in front of a camera with a beer” video.

But, I recently stumbled upon Beer Geek Nation on iTunes and I was impressed. Chris has a great personality and his videos follow three rules that I think are essential to creating a good video.

1. Interesting beers. He is reviewing a wide swath of beers from across the country. He must have some serious beer hook-ups. Six-Point in New York to 21st Amendment in San Francisco and judging by the bottles in the background of some shots there are some excellent beers in the wings.

2. The videos are short. All in the five minute range. You can watch a couple at a time without looking at the watch because the pacing is done well too.

3. He breaks it up with graphics. This is something on my to-do list as well. It really helps fighting that static one shot that can lull viewers to sleep.

So check out his reviews. I think you will learn something

A Beer in the Hand is my featured blogger of the month.

This is what first caught my eye on the site:

Limited edition beers are like catnip to me but then I started reading the posts too and they are really good and have some home brew information that I sorely lack.

So take a read.

Americans are awash in great beer. So much so that other locales are ignored somewhat simply because our ‘fridges and interwebs bookmarks are packed with great beer and great beer blogs.

But I suggest taking the time to read the Pencil and Spoon by Mark Dredge. 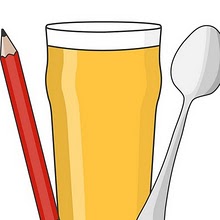 I talked with Mark briefly at the Beer Bloggers Conference last year and can tell you that he knows and is passionate about beer. And it shows in his writings.

The best way to navigate the beer scene of an unfamiliar or large city (I.E. New York) is to check out the local craft beer blogs.

Brew York, New York is another source of beery information for the traveler or local alike.