I am going to cheat a bit and head a little north to Santa Ana for this last brewery stop in August.

Cerveza Cito is on 4th Street and is pretty new to the Orange County brewing scene.

Here are what I would put into a taster tray…

Firme Twist – Our Santa Ana style lager, Firme, with a hint of lime and sea salt.

Mi Morena Amber – Smooth and crisp with notes of chocolate and caramel.

Time to pick some beers to pair with their sister company’s (Rad Brat) sausages.

King Minutia German Pilsner – “Lager brewing is all about the details, time and temperature can make all the difference. Our German style Pilsner follows a very traditional, precise recipe throughout the process. Brewed with all German ingredients and adhering to traditional brewing methods, this beer shows it. Crisp and clean, this beer hits all the feels for a classic German Pils.”

Triple Tripel – “Belgian beers are like the original craft beer in terms of beer history. Take a detour from modern craft and enjoy the orighinal. This Tripel is a classic three grain recipe of malted barley, wheat and oats brewed with noble hops and fermented with a Trappist Belgian yeast. Big bubblegum, banana, and spicy fruity yeast esters marry with a rich malt profile for a great summer Tripel.”

American Export Stout – “We’ve all had a good American stout. Some of us have had world class Imperial Stouts. The export stout often gets overlooked but hits that sweet spot between the two. At 7.7% this Export Stout fills the gaps. Enough sweetness but finishes dry, rich chocolate and coffee but balanced. More of a hop presence than and Imperial stout, the Centennial and Amarillo come in to play at the back end of your sip finishing with a touch of citrus and earth.”

Our first foray to Anaheim hits the spot. Brewery X is in the North and East of the city. They have quite an extensive list of IPA’s, hazy and clear but let’s look at the other categories.

Here is what I would put into a taster tray…

Stein Me Up – Munich Helles

Subtle is sometimes avoided on beer labels but Radiant Beer Co. has SNL’d their new lager quite cleverly. From the slightly altered name to the “motivational” sub-title and then the blue check. More breweries should take this tack.

I made a trek down to Radiant Beer Co. on a sunny day in early May to get a feel as to their range of beers. I have has a few Radiant cans up to this point but I wanted to sample a hazy IPA made with Phantasm! powder which is a grape product akin to hop powder.

Before that, I started with the Light and the Crispy. Blank Slate witbier and Sun Spangles amber. The wit has chamomile but it was a little too faint for me. The amber was solid which is a good indicator that attention was paid.

Then it was on to the hoppy portion of the taster tray. Hazy pale, Secondary Motion was a strong contender for best beer. Spoiler, it kept the #1 spot Super soft with a citrus smoothie taste to it. Then it was on to the Sounds Phantastic! which was another well done hazy. Both the pale and the IPA have the haze but didn’t have that ugly brown unfiltered cider look. They were colorful yellow in keeping with the brewery name . Lastly was the On Chill IPA (yes, i stayed away from the pastry stouts on purpose), it was my least favorite of the group. The combo of hops used ended up being a muddle to me

The location is right up next to a railroad track on busy Lincoln Ave. so when safe, I would recommend staying indoors which is a lovely space. I like the bright colors too. Visually makes one happy. And the staff was super friendly and helpful which I appreciated.

Certainly add this to any Anaheim brewery adventure.

Monkish Brewing will be taking over the former Anaheim Brewing space putting the, in towuching distance of Unsung and Modern Times.

Looks like some former Bru-ers are joining forces to form a new Orange County brewery in the former Towne Park Brewery space.

Here is the news straight from the press release: “Running the Radiant Beer Co. daily operations are Managing Partner Jonas Nemura, Director of Brewing Andrew Bell, and Director of Marketing Cambria Griffith. It’s not the first time these team members have worked together to bring an award-winning beer brand to life: having launched brands and driven growth together while working at Placentia’s The Bruery, they are dedicated to creating high quality products and experiences worthy of following. With this new project, they seek to delight, enlighten, and connect a community of lovers of the incredible.”

I have fallen way behind in Ventura and San Diego county beers as well as Orange County where the relatively new Brewheim has landed in the 2nd half of 2018. It looks like I will need to plan an excursion south.

The 2018 Caskaway Tiki Beer Fest aka Firkfest is in the books.

Here is my beer and photo recap from Anaheim…. 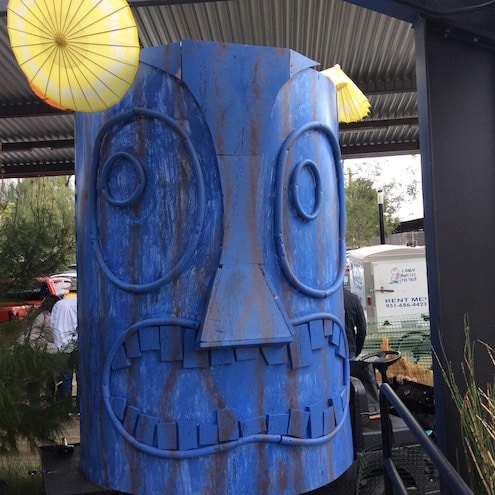 I went into the fest with the express purpose of hitting the Orange County breweries that I have not tasted from. So 3 Punk Kids, Towne Park, Stereo Brewing, Lost Winds and Asylum were all tasted. I also snuck in a new beer from Firestone Walker and Los Angeles Ale Works as well. 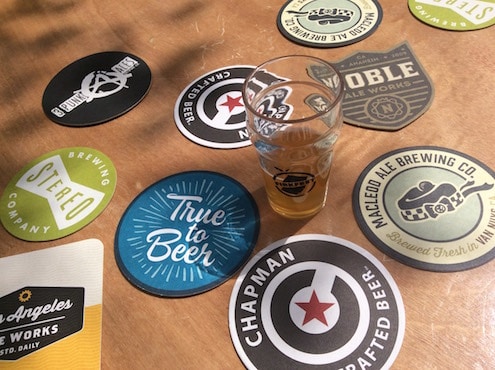 But the best drinks on the day were beer cocktails. There was a dedicated Orange Count cocktail tent and I had a rum and coke with beer called Midnight Oil as well as a coffee and rum cocktail, a style Coffee Colada with Unsung beer added. Lastly, Beachwood Brewing had a beer cocktail of their own called the Dark & Squally that was really good too. I would have happily camped out to try all of the hourly releases 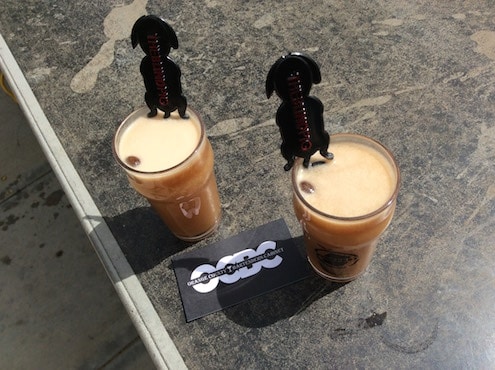 As to be “expected” now, the location is great, the rain stopped for the day as well. It was easy to get whichever beer was wanted. And the brewery list was well curated. But I seemed to pick beers that were more 2oz sippers and less “go back for more” beers. Firestone Walker’s Corn ‘n’ Oil tasted way too young. Others were fine but even ones that I liked more, had either an ingredient or balance that could have been improved.

I think the Tiki can be stored away and a return to creative casks (maybe IPA only)or a further backtracking to straight up English styles might be in order. But keep the cocktails! 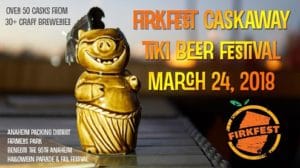 I have brought it up already, but make sure you get your tickets to the 2018 edition of Firkfest (second year with the Tiki theme).

Need one more reason to come? The OC Bartenders Cabinet will be there making Tiki cocktails.