You know the envelope is being pushed if Wired magazine is talking about the ingredients of beer. In both a fun and science filled article, there is much to learn about malt.

Read the article yourself, but my (3) take-aways were these….

“In 2012, when that initial barley genome paper came out, three-quarters of the worldwide barley crop went to animal feed. Today, 65 percent of the US barley crop is for malting—for eventual purchase by brewers. (About 2 percent goes to distillers…)”
That right there shows the economic power of having over 5K in craft breweries. Individually there might not be economies of scale but overall, wow!

“And, maybe most critically, it has to make better malt. “That basically goes down to what we call modification rates,” Hanning says. That’s modifying starch into sugar. His lab and people working with the American Malting Barley Association will grow up new varieties and measure soluble proteins, levels of beta-glucan, free amino nitrogen, enzymes … all qualities that determine how well a barley will turn into a beer.”
This tells me that the future might include consumers knowing malt varietals as much as their hop counterparts.

“Stein’s group also learned that huge chunks of genome have what he describes as a “reduced level of diversity.” Which is to say, no matter what strain of barley you’re looking at, big pieces of its genetics are the same as any other strain. No one knows why. “Has selection already brought into combination the best alleles for modern varieties?” Stein says. “Or is this just something that happened because people always selected the same, and there was a domestication bottleneck?” Whether domestication perfected or broke these regions, they’ll make excellent targets for improvement.”
This leads me to worry that without making some quick advancements in agricultural science that malt could be susceptible to a disease or bug unknown to us now. 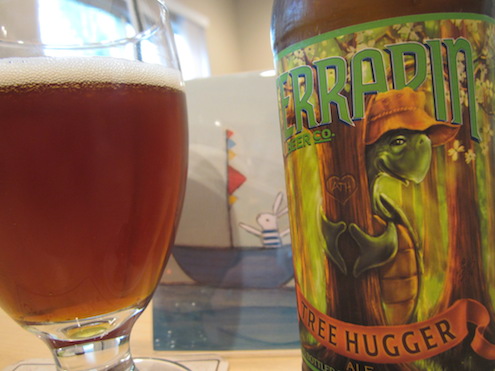 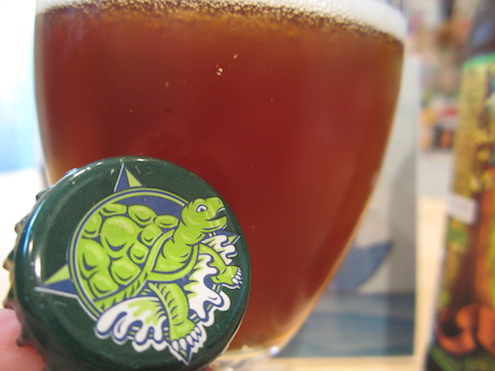 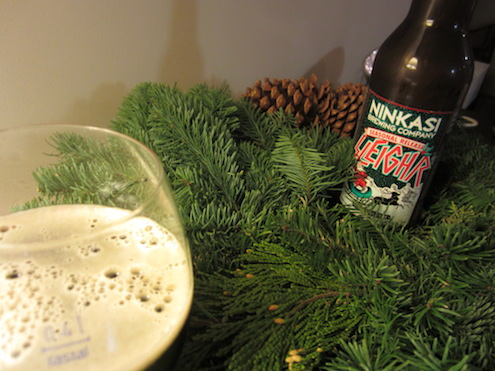 Ninkasi was kind enough to make my holiday a little more joyous by sending me their holiday seasonal, Sleigh’r.  Very true to their rock n roll roots.  Hence another seasonal Maiden the Shade.  This dark brown Alt, a style you don’t normally get is very smooth.  The 7.2 is well hidden.  I catch a little bit of weisse action plus some mild chocolate notes.  A slight hop note gives this a more American tinge than German in a good way.  Great name and a great label and a holiday beer that I look forward to trying every year.

This month, I want to implore the craft beer masses (Which aren’t massive yet, but maybe soon) to use the month of March to sample a variety of beers from a style that they usually eschew.

It is easy to hop from hoppy IPA to the next and revel in the extremes that craft brewers in the US (and increasingly, everywhere) take our palates. But I think we all should re-educate ourselves with classic styles that we might be under appreciating. And I lump myself in that group too.

I have recently taken to buying more alts and stickes and dopples in an effort to re-acquaint myself with styles that are not my usual go-to’s. Rather than complaining about and buying yet another off kilter BIPA or Cascadian or whatever it is being called this week.

So far, I have had Hopworks Secret Alt, the Sultan quad from 8 Wired and I have a Mediator from Heater-Allen awaiting me as well. And if I find one on tap, I will grab a pint of Cismontane’s Dopplesticke too.

Now why am I doing this? Drinking beers that I would normally look over? Because I think it is important to keep a wide angle on the beer world. Just like I firmly believe that travel, even if it is just one county or town over is vitally important to keeping your worldview open. I believe that I cannot truly appreciate the sublime taste of a Nelson Sauvin saison without comparing it to the latest brett sensation or an English mild.

But I also believe that we cannot just leap from trendy beer to trendy beer in some mad dash towards the next “it” beer. There are reasons why kolsch is still around. There are good reasons why there are such a following and passion surrounding simple session beers and there are really great reasons to have a well crafted pilsner. Because, damn if it doesn’t work so well with a pizza. If you don’t believe me head to Ken’s Artisan Pizza in Portland and have an Upright Pilsner.

So pick the polar opposite to what you currently have in your fridge. Give two or three different beers a whirl. Pick up an Old Peculiar or a German hefe because the goal is to have as MUCH CHOICE as possible. Others have had none and we should not take for granted the great craft beer times that we live in.

Another brewery in the City by the Bay. Social Kitchen & Brewery now joins the ranks. 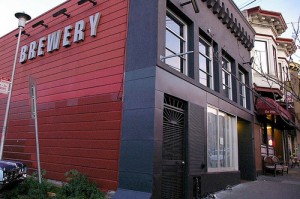 Social Kolsch and and Alt bier are on the menu which is good to see.

The force behind this enterprise has been involved in SF Beer Week so good hands are guiding the wheel.

Another addition to the crowded but thriving Oregon beer scene is this Hillsboro based brewery.

These two guys started out home brewing then they just kept making more. The only logical thing to do was open a brewery.

I have posted about how much I enjoy Drifter but now there are two new offerings from one of the big Portland breweries.  As part of their rotating W line is a Belgian beer but more interesting to me is the 25th anniversary double Alt beer.  For those who only know the Hefeweizen.  Widmer’s Alt was their first success and know they are returning and I for one can’t wait to try it.