Since I will be making my triumphant return to Denver for the Great American Beer Festival, I thought that this month, I would focus on three little known breweries that I will attempt to sample from while I am there.

First up is Back Forty Beer from Gadsden, Alabama. 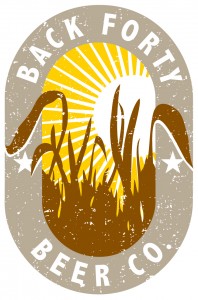 Per their website, they have four offerings currently Naked Pig Pale, Truck Stop Honey (which is a brown ale), Freckle Belly IPA and Kudzu porter. The artwork for the labels is simple but very effective especially for the Naked Pig which is described as “German malts provide a perfect balance to the five hop additions that go into every batch we make.”

Sounds good to me! I will add a review below if I get the chance to taste it! 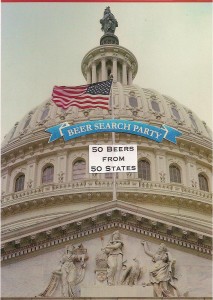 I had a flurry of activity on the 2010 challenge in January leaving me tantalizingly close to my goal.

The only holdouts now are Alabama and North Dakota. Actually, hold out is the wrong word. There are reasons why I haven’t tasted from these places. Two to be precise. And they both start with the letter P.

Alabama – Prohibition. Yup, I lay it all on that doorstep. Once that law ended, the state took over and draconian rules were kept and/or expanded upon. If you think draconian is too strong a word then check out these restrictions at Free the Hops. Until my travel plans take me near Alabama, I will probably not be able to check this state off my list.

North Dakota – Population. There just isn’t enough to gain traction for a niche market. According to what I can find on the internet, there is 1 brewery. Granite City. And I can’t expect them to ship someone in a California a growler.

So that is where I stand. As always, if you or someone you know is willing to send me some beer from those two states. I would appreciate it. Reach out at beersearchparty@gmail.com.

I know Alabama is not a beer destination yet. But with Good People and the soon-to-open Blue Pants, it is moving in the right direction. 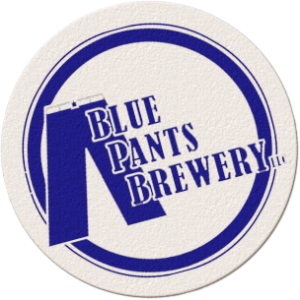 The name is a head scratcher but their initial beer is not…
Knickerbocker Red
“Here is our preliminary planned product, Knickerbocker Red. Its a moderately hoppy, but balanced, agressive American Red Ale with a good Cascade taste and a strong malty backbone. The good head retention and foam lets you know that this beer has a lot of body, which complements the rich hop aroma and taste.”

Ambitious? Maybe, considering my only travel was to Oregon and Colorado this year.

I still have feelers out there that might garner me some local brews from Tennessee, Alabama and North Dakota. And thanks to the Beer Bloggers conference, I got Indiana and the incredibly hard South Dakota knocked off the list.

As usual, if you have access to these states:
Alabama
Arkansas
Kentucky – THANKS TO ALLTECH BREWING – OFF THE LIST
North Dakota
Oklahoma
Tennessee
Virginia
West Virginia
Send me an e-mail and I we can work out the details. Including a donation to a local food bank.

From South Africa to the American south and the cleverly named Straight to Ale. 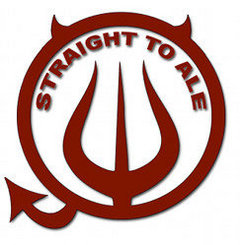 This is the scoop from their website, “Straight To Ale is Alabama’s newest craft brewery. Located in the historic Lincoln Mills, we are working hard to provide our hometown of Huntsville, Alabama with top quality, full flavored beer in styles ranging from English brown ales to American Imperial IPA’s and everything in between. You can find our beer on draft at many local restaurants and bars. If we’re not already on tap at your favorite hang-out, please ask them why not!”

This offering caught my eye…
Wernher von Brown Ale
“Perhaps good beer is rocket science. Named after the preeminent astronautics engineer, this luscious brown ale is sweet and malty up front with hints of toast and chocolate in the finish. East Kent Goldings provide a slight bitterness to this English-style ale. ABV of 5.0%”

Today’s first post concerned a new beer column in Alabama and the first column written was about Good People Brewing.

Snake Handler Double IPA is one of their offerings and lagers are proposed for the future. But what I like most is that they have the typical story of how they brewed for the passion of it and fell into brewing as a business (or as they put it, “the business found us”).

I give a large shout out to the folks at Free the Hops. They finally got the restrictive beer laws in Alabama changed!!!

According to the NY Times, “..You see, until last week, merchants in Alabama were not permitted to sell beer with an alcohol content that exceeded six percent. Alabamians could buy all the bourbon, vodka and Thunderbird wine they wanted, but mildly strong beer? Forget it.” and furthermore “…But now that has all changed. Last Friday, Gov. Bob Riley of Alabama signed a bill that raises the alcohol limit to 13.9 percent, although the container-size limit will stay in effect.”