Tomorrow is the official release date of the latest Anniversary blend from Firestone-Walker. 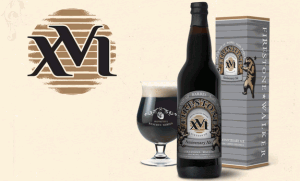 The website where the photo above was taken details the thought process behind the blend and the beer and includes this breakdown of what is in numero 16…..

The following are descriptions of key components with their original code names: