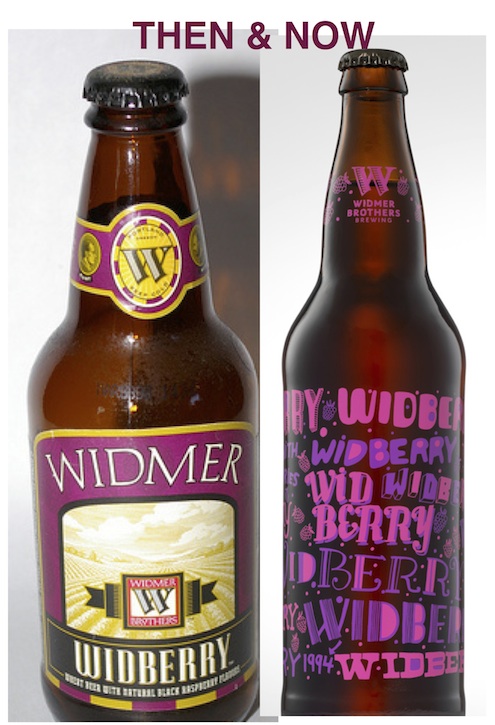 Thanks to my familia in Oregon, I have a couple bottles of 30 for 30 from Widmer in my ‘fridge.  A Bock and a Dopplebock.  Neither of which strike the chord though that the 1994 beer does, Widberry.  I remember how I would compare Widberry to Thomas Kemper’s Weizenberry that is sadly not made anymore.  Both would probably be way too sweet for my palate now but I would love to try them side-by-side again.

2 Decades later, Widmer has this to say about fruit beer, “”Beer with berries, not the other way around.” Fruit beers were on the rise in 1994, so we brewed this beer using ingredients we love from our neck of the woods…black raspberries. With no resources put behind it, this beer was extremely well-received and became one of our most popular. It’s a beer that we still get requests for 20 years later.”