The private label beers at Trader Joe’s fall into two camps. The “Really cheap and it Shows” and the “I Can’t Believe They aren’t Charging More.”

The Unibroue beers fall into the latter and I have squirreled away 2010-2012 vintages that were labeled as Trader Joe’s Vintage Ale. I will only review the two oldest though. Maybe save 2012 and get 2014 to compare against each other.

Here is what I said about this beer years ago, Aroma is not malty or roasted. Rich smelling. Pours dark brown close to black. Alot of plum type flavor in here. A faint touch of spice. The cheeks warm up but only after a few sips.

Now it is time to see how 4 years has treated this Canadian Dark ale with spices….. 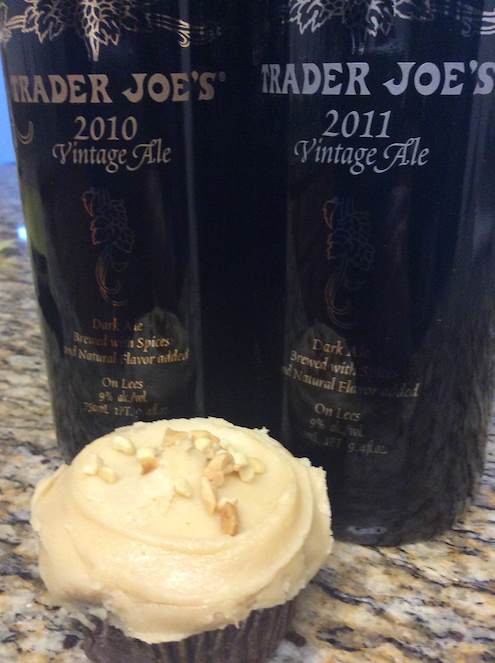 First off, the cork came out beautifully. Two seconds later it was a grade school science fair exhibit that delayed my drinking whilst I cleaned up sticky beer from the counter.

Once I had it in the glass, the smell of cherries and plums greeted the nose. Almost juice like in aroma. A pretty taupe pattern of lacing on the glass. Taste wise, the Belgian yeast influence seemed to have faded a bit. There was a bit of thinness too that I don’t remember from before and the booziness isn’t as apparent. After the fruit notes the biggest flavor is a wine tannin hit. The spice which was faint has completely left the building.

Coming in at 9%, this beer shows signs of losing strength. Still plenty of flavor here but the complimentary notes which rounded out the taste are gone, leaving a more acidic ale with a fruit focus in its place. 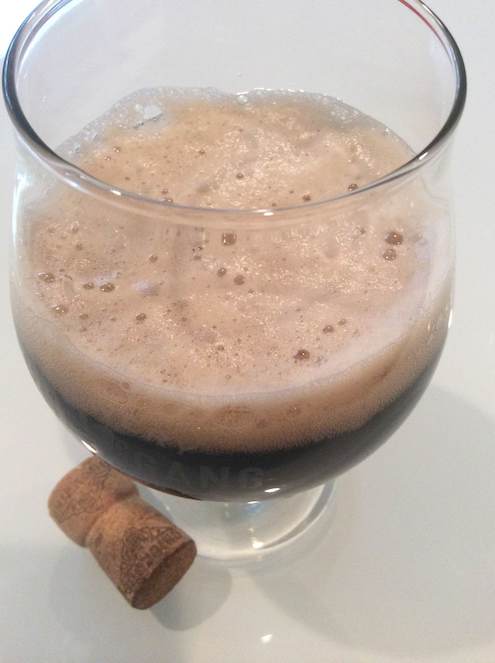 The Verdict – I think I let this one sit for a year too long.  The fruit forward nature is a bit too much.