You could probably guess from my anti-Trump jabs that I did not want the Tiny-Handed Tangerine Vulgarian in the White House.

Well, I did not get what I wanted and I am very depressed for this country and I don’t think it bodes well for our economy to have thin-skinned, multi-bankruptcy Donald in charge. But no one accused Americans of intelligence, so I am not surprised.

You could quip that at least I have craft beer to drown my sorrows in but I drink to enjoy the creativity of brewers, to support local business and a myriad of other positive reasons. Not to blot out the bad in life. And there will be a lot of bad in the next four years.

I will bet that many an anti-Donald beer will be made and maybe that is where I can find some laughs as we try to survive four years of a reality show President who sues everyone in sight and doesn’t pay his own bills.

All I can say is Chinga tu Pelo, and to those who voted for him, he’s your problem now. I am washing my hands of this election and I will see you on the other side of four years. If we make it that far. 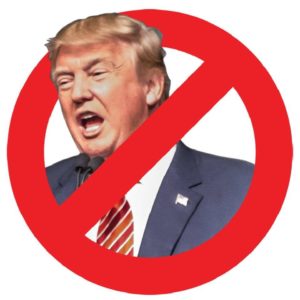