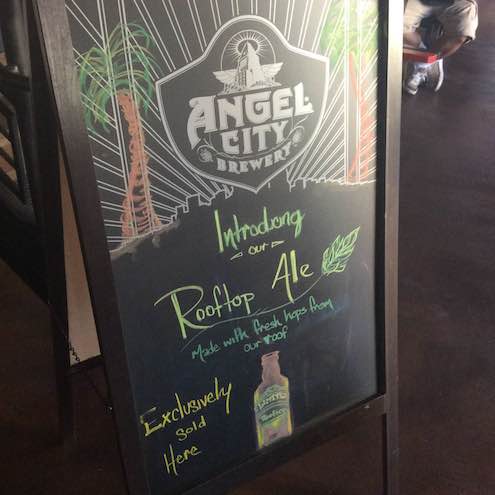 This limited release Ale is “brewed with a number of hop varieties grown on Angel City’s roof, including Cascade, Chinook, Columbus, Pearle, Mt. Hood and Tettnanger.”

In keeping with current trends, it is a sessionable pale ale clocking in at 5% ABV. I had the opportunity for a sneak peek (and taste) and I was amazed because the spent grain was being used (yes, for feed) but also to make compost to grow hops. The roof of the brewery has a trellis system set up by Manager of All Things Spent, Ray Narkovicius. He uses ground up coconut shells and his compost mixture to create the base for growing the hops, then there is a ingenious watering system as well. Narkovicius also has to make sure the water is right otherwise the soil doesn’t get fed enough. Then there is the heat as well. So many hurdles to growing anything, let alone a finicky crop like hops. 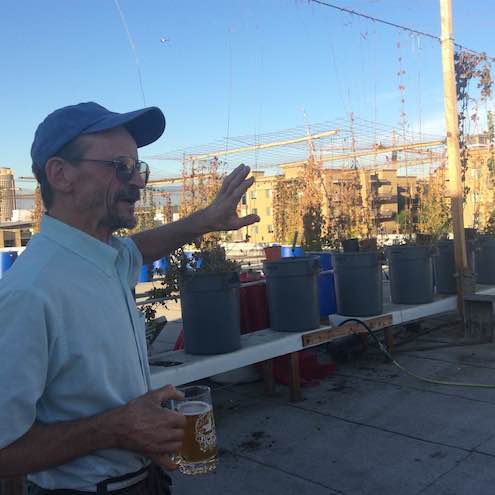 2013 yielded under 5 pounds and this year 14 pounds. Enough to add a hearty dose of extremely local and fresh hops alongside a few other hops to create the beer that tasted more earthy and vegetal than hoppy. It pours a darkish yellow color and looks really pretty in the glass. It will be dry interesting to see how the crop fares from year to year and if the flavor changes for Rooftop 2015. 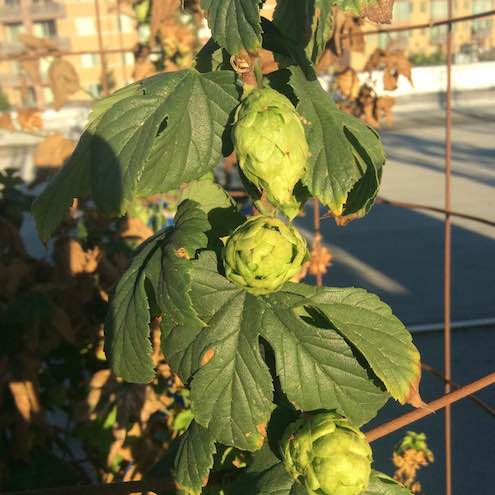