Each year when I buy the latest Anniversary beer from Firestone Walker, I crack open the oldest bottle that I have which is 6 years old at that point. Which means that number 18 is the lucky number. I now only have two of the old school 22oz bottles left before the format went down to 12.

Here is my review of 18 – I get a bit of cola upfront here.  Dark brown in color with not much head to it. A bit of spice and caramel come to mind. Does not taste heavy and is probably middle low in carbonation but not silky, more spiky to me.  A tiny bit of vinous quality to me as well.

When I see the all cap words, THE FINAL BLEND, in a Firestone Walker press release, I start scrolling like a madman. And when it refers to their 18th Anniversary beer, I pour over the list and start comparing to past years. 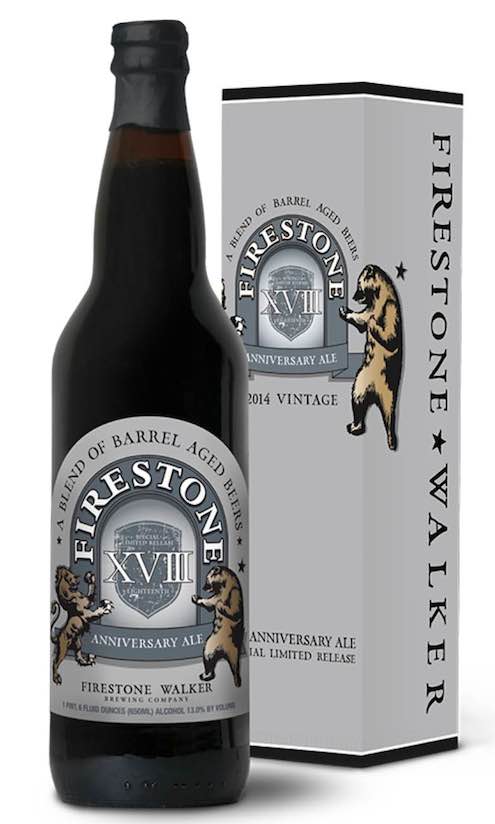 Now I won’t presume that I could pinpoint the flavor and aroma that each component brings to the bottle but the addition of two collaborations beers is what jumps out to me.

More numbers to throw at you, FW “blended together 227 oak barrels and nine different beers” to create this year’s version.