My interest in the Oscars has waned over the last few years but if the movies nominated one of the few that caught my eye was Minari, so when I saw that Southland Beer Co. was selling a unique witbier honoring that movie, I picked it up along with another beer from this unique brewery, Dokkaebier.

Not their Kimchi sour though.

Let’s start with the Grand Quimen Pilsner which starts off well but the crispness slides into a more silky mouthfeel. I get a weird tannic but smooth note. I would hazard a guess that I would not like this tea straight. The tea does come through which is what you want but this just doesn’t quite reach the mark for me.

On to the water celery! And Citrus Witbier. This pours a dark amber. Not what I was expecting. The aroma is straight up celery. A little more expected. There is a big malty note sitting under the celery taste but the citrus is missing. And to me, this isn’t a wit really. I would need to get some spice and any citrus (lemon, lime, traditional orange).

Of the two, I would go with the tea pilsner even though the tea was not to my liking, it was in balance with the beer where the celery was not.

Author Jeremy Banas dives into the three iterations of the Celis Witbier in his book about Pierre Celis and his journey from Belgium to Texas and back and, at least to me, it reads as a cautionary tale about the business of beer.

Twice, Pierre Celis ran into financial roadblocks and twice he sold. Once to the predecessor of SABInBev and once to Miller to keep his brewery afloat. Both times the beer was quickly changed to cheaper ingredients and Pierre would find himself persona non grata at the office.

Granted the first sale of the Belgian brewery was precipitated by a destructive fire but to then head to Austin and get figuratively burnt again after the Michael Jackson tells you that selling would be a bad plan seems like a person who needs a financial guru in their corner so that Pierre could focus on being a brand ambassador and brewer.

The third attempt led by Pierre’s daughter Christine has also ran into financial issues as well as having to fight to regain the Celis name and to weather a pandemic.

Throughout it all the Hoegarden nee Celis White stands the test of time when it comes to the witbier style. And I certainly hope that, this time, if the brewery falls that the recipe or “name” not be sold again.

Once you get past the undercapitalized portion of this story, you see the drive to keep a beer style alive and the pure love of beer that Pierre had and with each page turn, I wanted to visit Belgian breweries more so in that respect Banas succeeded in his tale.

Back at the start of craft, you had a fairly rigid selection. A pale, a red, an amber and a stout. Nowadays when a brewery opens, you will almost always see a few IPA’s, something dark and a Witbier. That the style still exists has been attributed to Pierre Celis. His beer journey which has extended to his family is the subject of a new beer book by Jeremy Banas simply titled Celis Beer.

It has been a scorching few days here in Glendale, thankfully our local brewery, Brewyard Beer Co. has a refreshing Wit being canned in a limited run this weekend. Now I just need to set up the camera just right to get me sippin from the can just like the classy gent on the label.

Probably not the 16oz hazy that you were expecting but Unibroue has done nothing but solid beers. This is a great summer choice as well. Cool to see this classic in a new format. 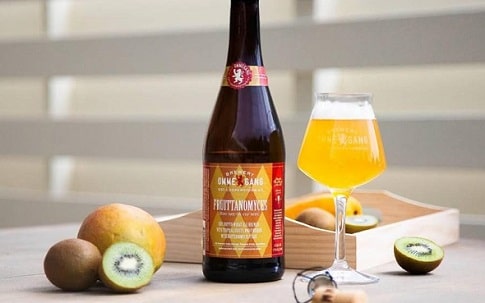 Ommegang (much like their NE brethren, Allagash) continue to expand upon their strengths. This time Ommegang is combining Brettanomyces with fruit, hops on top of their witbier.

The beer is called, Fruittanomyces (try to spell check that) and it “is brewed with malted and unmalted wheat and oat flakes and is spiced with sweet orange peel and coriander. The beer is fermented with mango, kiwi, and passion fruit juices and dry-hopped with Citra and Cascade hops before aging in the bottle with Brettanomyces.”

The second and final video review for October is the Eureka Wit from Angel City Brewing here in Los Angeles.  A great style that is a bit overlooked by today’s hop heads.  Let’s see how the bottled version compares to my remembrance of the tap version….. 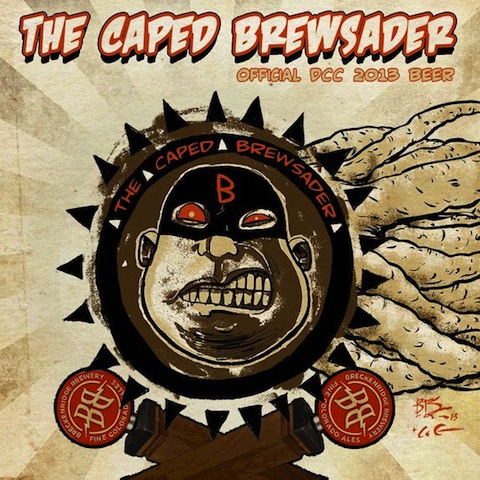 I got a growler of this for the Super Bowl. Perfect for parties!

One of my favorite magazines is Imbibe. They cover all the beverages worth drinking. For their Holiday issue they talk about witbiers and barleywines. Both of which are great for the season.

Get some satsuma tangerines and a St. Bernardus wit and you will be happy or if it is late and you just finished off leftover turkey, grab a Sierra Nevada Bigfoot.