A bit cryptic of a title for a blog post. Certainly not SEO friendly, but I have never been into that. Beer Geeks with a little LA knowledge will get the reference and that is enough for me. 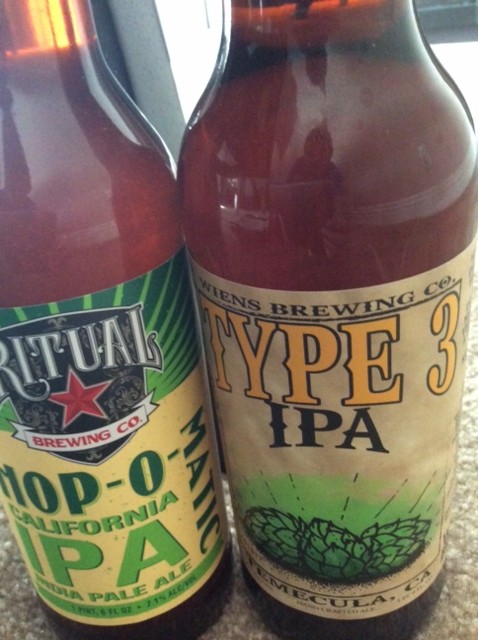 I will be comparing and contrasting (apple and orange-ing) two IPA’s from the Inland Empire.

First up is Wiens Brewing Type 3 IPA.  According to the label it is their 3rd IPA and it has five different hops in it.  It pours quite redder than most IPA’s which stay in the orange or yellow realm of the rainbow.  It leaves a lot of lacing on the glass especially for a beer at only 6.5% ABV.  I get a mango and tropical note that is in line with the pineapple that the label talks about which is a good start.  That fruit centric aroma fades as the bitterness is the star of the flavor show.  But it does dissipate quite quickly. 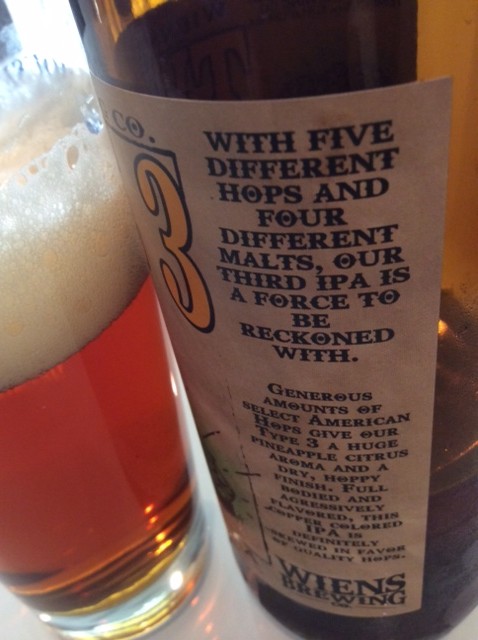 The aroma is stronger than the flavor but there is a hearty dose of hops to contend with until they drop.  For my first beer from this particular brewery it makes for a promising start but will it better it’s Redlands counterpart?

Hop-O-Matic from Ritual Brewing is another beer that doesn’t make its way into Glendale or LA much if at all.  (Which is fine, I don’t mind if a brewery wants to serve it’s community first). 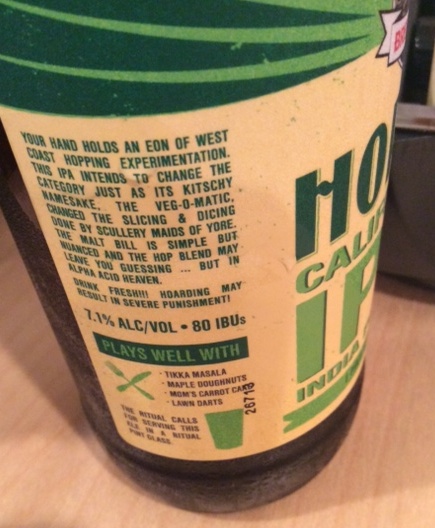 This take on the IPA comes in a little heavier on the ABV and sits in the orange hued spectrum.  The aroma is quite spicy hence the pairing advice of Tikka Masala.  This one certainly has a front loaded jolt of bitterness and carbonation that strike the palate but then it, like the Wiens fades off very quickly.  And what I am left with is a reminder of bitterness and the taste of powdered cinnamon.  A taste that I don’t believe that I have had in an IPA before.  And that note is probably what triggered the donut and carrot cake pairing suggestions.

In the end, I would choose the Wiens first.  Yes it was watery in comparison but the tropical notes were quite nice in the aroma and while they lasted in the taste.  That strange spice in the Hop-O-Matic just didn’t grow on me like some beers can do.