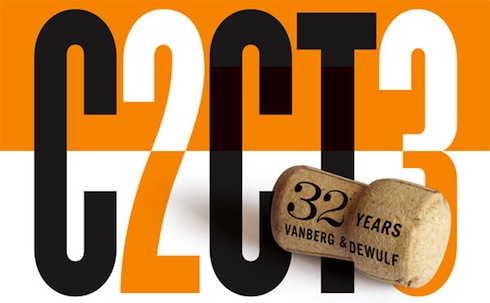 The Coast to Coast Toast ™ is at once an anniversary party and a salute to the people and places that have built our great beer culture. Participants span two generations of craft beer advocates–uniting early adopters and more recently minted “Heroes of the Good Beer Movement™” alike.

Locally, you can head to Ladyface in Agoura Hills on the 14th and get a fine beer and check in with Untappd and boom!  You are part of a nationwide movement!

You might just win yourself a trip to Belgium.

Here is what the importer Vanberg & DeWulf have to say about them, “All Green Jack beers are brewed with Flagon winter barley, all grown and malted in Norfolk (which Dunford says is in most growing seasons the best barley in the world.) Moreover all are fermented with the same four strains of English ale yeast which can be traced back over 100 years and use whole flower hops. 90 percent of production is cask, 10% in swing top bottles”

I will be on the look-out for these two offerings:

Trawlerboys
“A Full-bodied and a copper-coloured premium bitter brewed with English whole cone hops, rich and malty with fruity hop flavours. This Best Bitter has been named after the nickname of Lowestoft Town Football Club as Green Jacks new flagship brewery is opposite Lowestoft’s Crown Meadow stadium. The pump clip features the Lowestoft-built (1978) stern trawler the Boston Sea Stallion launched by none other than Mrs. Thatcher.”

How could Saison Dupont get better? 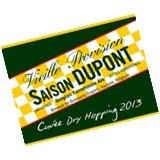 “After 5 years of making Belgians extremely happy with their special seasonal release a dry-hop version of SAISON DUPONT, Vanberg & DeWulf and Brasserie Dupont are now able to make American drinkers equally happy. Saison Dupont Cuvee Dry Hopping 2013 will be available this May only featuring the famous TRISKEL hop varietal from Alsace.

Triskel is bred from the French Strissespalt and English Yeoman hops. Dupont’s master brewer Oliver Dedeycker describes it as “combining the aromatic notes, mainly floral, of Strisselspalt with the fruity character of Yeoman.” The unusual name, Triskel, was apparently inspired by triskelion, the symbol of the Gauls, those beer drinking ancestors of the French, which represents the three elements: Earth, Air and Water.” 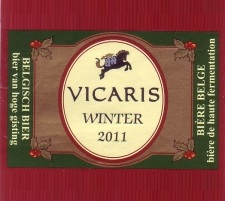 “Vicaris Winter ale pours an intense dark brown, almost black. The nose is a warming mix of licorice and ground coffee. Flavore of anise, sweet molasses and roasted coffee dominate the palate. Like all of Dilewyn’s offerings, Vicaris Winter is never filtered. Instead it is only cold clarified by lagering for at least one month. This is one reason why the beer is so well attenuated and smooth. You would never guess it was 10% ABV.” 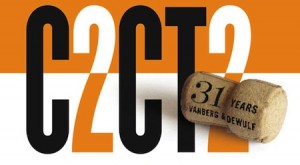 “The giant exravaganza called the Coast to Coast Toast, is taking place, tomorrow on November 15, 2012. It’s the largest single one day celebration of Belgian beer culture in the United States.”

Check out their this page to see what California spots are hosting a night and take part in the online and in glass festivities with your favorite Belgian beer or a new Belgian beer. Personally, Saison Dupont would be my choice. Then head to Untappd and get a badge for toasting too!

Tell me that these two versions of LambicX do not sound good. I just wish I could have found one last year. But I will be on the hunt for these so you may see me prowling around the local beer shoppes.

“Aroma of white grapes, sweet apples, fruit, tobacco, honeysuckle and hay. Restrained tartness.Bright, but not acidic, round and soft body, some chardonnay butteriness. Fine astringent finish with hints of quinine. Slightest hint of carbonation. Not quite cask still, but almost!”

“Aroma of sweet grass, smoke, peaches, sour apples all spiked with a background barnyard funk. Big, round acidity in the mouth with notes of lemon, tangerine and grapefruit melting to a rich, sour-sweet finish, balanced by the full presence of tannic and wood notes. Slightest hint of carbonation. Again, not quite cask still, but almost!”

The 2nd Vanberg & DeWulf beer to be reviewed is a very special beer also from Brasserie Dupont. It is the featured beer of the recently completed Philly Beer Week 2012!

“Spéciale Belge is a smoked interpretation of a classic Belgian beer style known as a “Spéciale,” of which Vieux Temps, Ginder Ale, and DeKoninck are three classic examples – though not the first. These beers have a wonderful and rather recent (at least in Belgian brewing terms) history. For the 1905 Universale Exhibition in Liege, the League of Brewers in Belgium devised a contest with the intent of promoting a genuinely Belgian refreshing amber beer. Up until then, the Belgians were primarily known for dark beers, and the contest was run to compete with the growing influence of German lager, Czech pils, and English ales in the Belgian market. Seventy-three beers were entered into the competition, and the winner was Brasserie de Chateaulineau’s Belgian Faleau. A little more than a century later, here it is again, renewed and – dare we say – improved, at Dupont with American input.

Spéciale Belge is a refreshing amber beer, slightly fruity with a lightly caramelized malt flavor, and lightly laced with smoke. Because of the signature Dupont yeast, this is a rather drier take on the style. There is a bit of clove at the beginning and the end.”

For the month of June, I will be reviewing beers not from a specific brewery or state or style but from the Vanberg & DeWulf line of beers. And I start with this gruit, Posca Rustica.

Here’s more from the V&D website about this beer…..“Since 1983, Dupont has produced a beer especially for a Gallo-Roman site near the brewery where Stone Age life is interpreted, the Archeosite d’Aubechies.

Known as Cervesia in Belgium this beer is a throwback inspired by research into the drinks of the Gallo-Roman era. It is surely one of the brewery’s most exotic beers. It is a “Cervoise” beer spiced with a gruit (an old-fashioned herb mixture used to bitter and flavor beer, that was popular before hops came to predominate). Posca Rustica beer is highly, if delicately, spiced. Sweet woodruff (known as Galium odoratum or wild baby’s breath) and bog myrtle are but two of about a dozen spices used. Posca Rustica has a unique, odiferous and spicy character. Bottle conditioned. Beguiling and unusual. Discover what beer tasted like when Belgium was ruled by the Roman Empire.”

Who doesn’t like a well done toast. Well, for that matter, even a bad toast creates some comedy. So how about today, going out and toasting somebody new!

The folks behind Vanberg-Dewulf would like us to raise a glass on 11.15.11. Why? Let them explain, “we are throwing what we believe will be the largest celebration of Belgian beer held on one day in the USA in this century. No kidding. Hundreds of bars, restaurants and stores – the places that have made beer culture in America so stupendous – are hosting Coast to Coast Toasts to mark the 30th anniversary of the founding of our company. Thirty of our beers from independent family run breweries will be the stars of the show (Saison Dupont, Scaldis, Lambrucha, Witkap anyone?).”

What is your favorite beer to toast with? Is it the one that is front of you or do you have a go-to brew?