It has been a bit of a NZ Hops month, so I turned to a style away from IPA from Third Window in Santa Barbara, Nelson Saison.

On the way from Burbank to Paso Robles, it is all about getting there. I take the 5 and do not stop until I reach my destination.

Coming back after the FWIBF is different and I had multiple plans for where to brewery stop on the return 101 journey. I finally settled on a stop in Paso that was non-Firestone related and a stop in Santa Barbara. 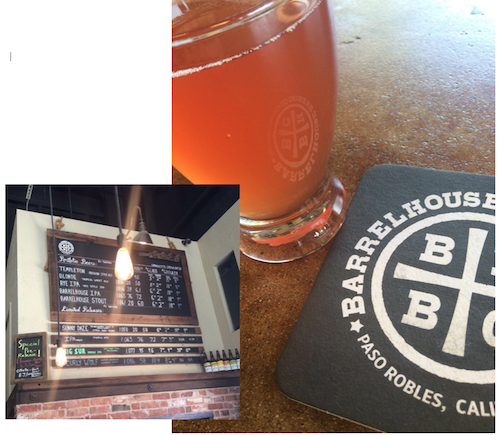 There is a great little winery grouping off Marquitas Road near Firestone’s main expanding campus that also includes the rapidly expanding Barrelhouse Brewing. I stopped as the “other” brewery opened and sampled their new, big DIPA, Big Sur which I found to be quite good. Didn’t quite land in a dank or citrus or floral style box but rather ticked off a little from each. I also had a sampler of a pre-release of one of three new sours that will be released soon to mark the occasion of the new building across the gully. Eleanor was made with prickly pear and had a lovely red, sparkle to it and it was puckeringly tart too. I only wished it wasn’t so damn hot out. I wanted to relax a bit near the rock work and bubbly fountain. 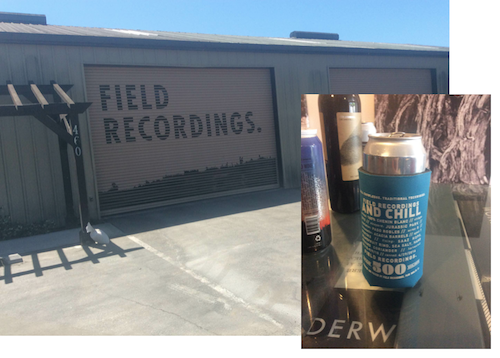 I walked from Barrelhouse around the corner and down the street to Field Recordings for some wine. Because, the Central Coast is wine country too, plus Field Recordings cans some of their wines and in fact uses the Beer Monks who help some SoCal breweries can too! Even more cool is that they have a can club (that you should join) where you can get wine that uses additional beer ingredients. I tasted their version of a Chenin Blanc meets Wit Bier and it was really refreshing with both the wine and beer aspects making their presence felt. I really enjoyed their Chardonnay. You can find their wines at Silver Lake Wines where you can also find the koozy as label wine/beer hybrids (when available) 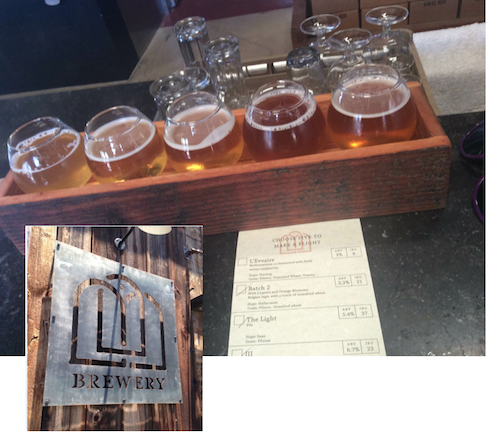 Then a long drive with flashes of the ocean to Santa Barbara and the new Third Window Brewing. Tucked next to a winery space on the corner of Haley & Laguna in a brown, tin shack looking building it can be hard to find since the logos and signage blend into the exterior like a chameleon.

Once inside, there is a lovely little space and some interesting beers to sample. Despite the heat the Chocolate/Orange Stout was excellent. Tasted just like the ball shaped chocolate that I would get for Christmas. The other Belgian-style riffs were all light and tasty. Speaking of light, their pilsner is called Light and is a really solid version.

I will have to do a Santa Barbara brewery crawl in the coming months to check them all out.

Looks like Santa Barbara has added a new brewery to the mix with the cool name of Third Window Brewing and if a recent taproom list is any indication…..
l’Eveaire #1.0 Berliner Weisse co-fermented with Winter Raspberries.
Batch 002 #1.0 Light Lager
III #1.0 Belgian Blond
Saison #1.0 Farmhouse Ale
Walkabout #1.0 Stout with Foraged Oranges, 24 Blackbirds Cocoa Nibs and Madagascar Vanilla Bean
…they aren’t afraid to try multiple styles. Plus, if the website photos are to be believed, it has a rustic sort of wine tasting room charm that is much different from the usual industrial chic of many brewery taprooms.

When/if, I visit, I will duly report back on the quality of the beer itself.