We can always use more beer podcasts before we reach peak hops. Now a new ear venture from The Brewing Network and Firestone Walker is here, Beer Before Glory.

I have downloaded the first two episodes. The first being on the origins of IPA and the second on the haze craze. FW knows hops and barrels in equal measure so I look forward to listening and learning.

Below is the first brewers line-up from the first of a limited series from Firestone Walker and The Brewing Network…..

Darn good start to talk beer with Evan from Green Cheek and Jeremy from Lagunitas. Add this podcast to your rotation and I bet you will learn about beer.

First up from the hop filled Firestone Walker variety pack is Grenadier, a Pale Ale made with the Brewing Network. Will it be my favorite of the four?

I won’t be in Denver for the GABF tomorrow, live Tweeting or SnapChatting about the wave of beer that will descend upon the Blue Bear’s convention center but I will give you a re-cap of the awards and how California and (more specifically), Los Angeles fared.  And I may even live tweet some of the awards like Bernie Sanders with a Republican debate.  You can follow along with the Brewing Network if you are also not in Colorado.

If you are attending this year, make a point to go through the many, many guides out there to help plot your course. The only advice that I can give you is to try the local beer first and foremost. And stay hydrated.  And do take the tour of New Belgium if you haven’t before because it is amazing. 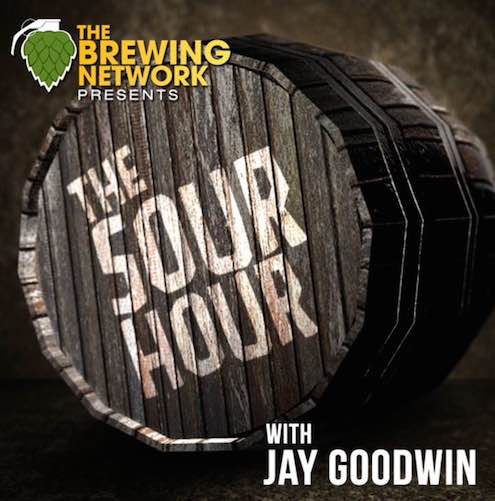 The Brewing Network isn’t just one podcast though.  It is a few.  Home brewers get the expertise of Jamil Zainasheff and John Palmer and Sean Z. Paxton has a great show on beer and cooking. The most general leaning podcast is the Sunday/Monday Session that speaks to brewers each brewers and has featured L.A. newcomers like Three Weavers and MacLeod’s.

But the most interesting choice is the Sour Hour hosted by Jay Goodwin the former Bruery and now Rare Barrel founder. It is all about sour. And the podcast started off with a bang. Bringing in Michael Tonsmeire, the author of American Sour Beers. I like this show because it is low key, letting the information be the draw and not the sometimes juvenile humor in other podcasts. Plus the episodes are in the hour range which is a much lower time investment.

The other cool thing is you get a look at the thought process of the Rare Barrel beers. Which I now, really, really want to try.

Every day I am pleased to find more beer information on the web, today is no different. The Brewing Network is a great resource for brew information. Based in San Francisco, but not afraid to venture further afield. They have a great website, radio show and home brew show. Anyone who enjoys beer will find something great here.