Summer is prime time for this feature of the blog. Every week seems to bring some wacky new beer idea. Heineken is next with their B.O.T.

The Beer Outdoor Transporter. Obviously the B.O.T. was thought of first. Basically a tiny cooler on wheels that follows you to your party like the Mars Rover.

Verdict – Not Needed. It’s 2021, I want a combination jet pack and cooler.

After my first visit to the really cool Banc of California Stadium (I am now anxiously awaiting the adjacent food hall, The Fields), I knew that buying actual good beer is probably past my pocketbook’s capacity.

But maybe it is not past my fingertip if the latest tech that I read about on The Takeout makes its way into more locations and not just stadiums. 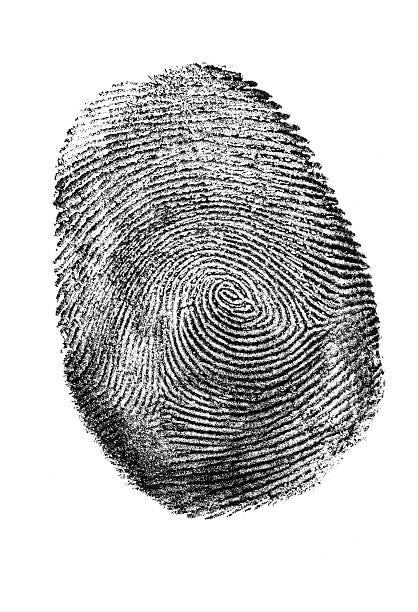 Basically you create a digital profile for a stadium so that contrary to Donald Trump in a grocery store, you won’t have to bring out your wallet at all for ID or payment.

Not to sound alarmist but what if hooligans see that you use the fingerprint scanner and then decide to cart you to a beer line and have your print buy their next round? And how hard is it to bring out two cards to buy a beer? Which leads to my next question. So, I set up an ID at a stadium. Take the time to link a credit card, keep it updated and presumably be able to add the event ticket as well but will that work in only one stadium. I can’t go to StubHub Center or Staples Center or the Rose Bowl?

Might be a good idea when implemented more but right now I don’t know. 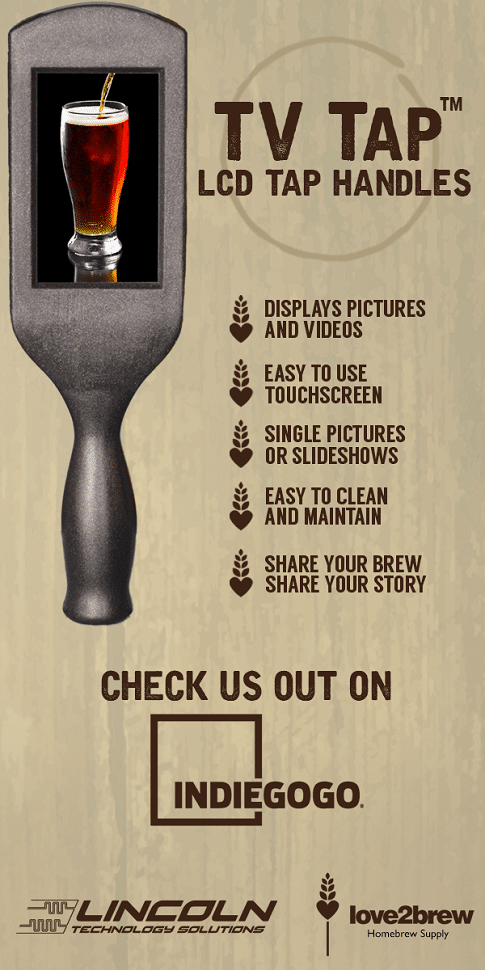 TV Tap. ‘Cause we need more screens in our lives. Take a regular tap handle and add a screen to it for photos or brief videos.

I am both surprised that is has taken so long for this to happen considering frames have been rotating photo slideshows for years. But I also sense that Anonymous could hack the hell out of it and make a real hash of your carefully crafted message.

My other worry is that most tap handles aren’t all that close to the consumer and those that will get the brunt of the video will be the bartenders. You would probably see many beer drinkers leaning over the bar to see what the image is as well.

It might work better as decoration outside the tap area. As a changeable board of what’s on tap.

I saw this in the Los Angeles Times (would have added a link, but they are in a pay for everything mode currently). Take a quick read and then below is my take on the topic. 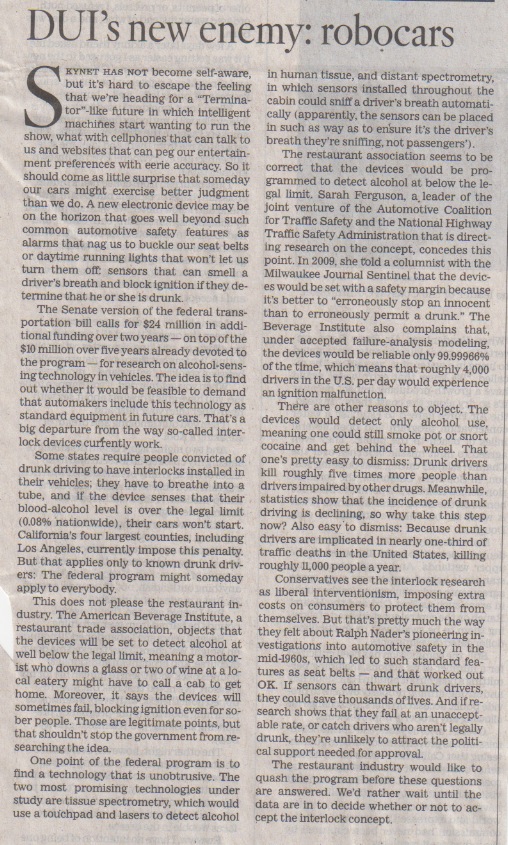 I was all set to rant against the interlock device but after reading and re-reading this opinion piece, I think I semi-support it. If changes are added.

If the machine is set to the legal limit and not ratcheted down to protect against the almost drunk and as long as that information stays in the car, I could support this. But here is the BIG if: it must be set uniformly across the country. I do not want to deal with 50 different versions. Beer laws are already needlessly complex.

A piece of electronics that would save lives and the cost to the driver (other than the cost of adding it to a car) is simply time and nothing else? The only thing a craft beer fan would have to do is change their drinking habits by adding water and food (if they don’t already) and then if they are over the limit. Guess what? Take a walk. Find a coffee house. Wait it out.

Of the percentage of drivers that this would affect, craft beer drinkers would be the minority. Just as they are now. And of that minority, I would like to think that craft beer customers are smarter. (They already pick better beer). Smart enough that the percentage affected among the small percentage should be smaller than the typical BMC water lager drinker. And I think it would do us all good (myself included) to learn what our limits are occasionally. Lest we forget.

It would force so many people to re-evaluate and change their behavior. More designated drivers would be on the road. More taxis called and more people staying alive. And I don’t think it would stop people going out all that much. Because, craft beer fans love beer on tap and won’t be able to get some of it in bottles, so they will HAVE to go out.

Here is the kicker. If deaths caused by drunken drivers falls, the oft repeated complaint of road danger would be weakened. How could an anti-alcohol crusader use a statistic that was being addressed to stop future craft beer locales from sprouting? It takes a big arrow from their quiver.