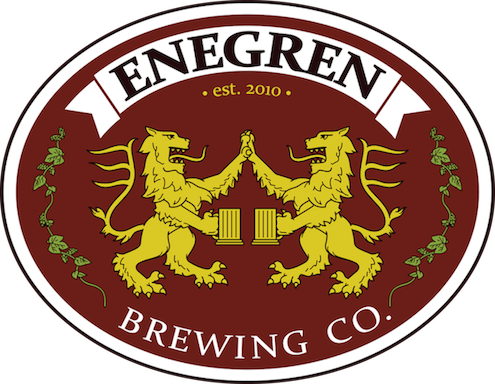 Thank you Ohana Brewing for not putting a tasting room in an industrial park!

Instead, Ohana will be right next door to another great SoCal craft beer venue, 38 Degrees!  Now before you go asking if that is kosher.  Ohana and 38 talked before the For Rent sign went down in Alhambra.  Plus as an added bonus, you might just find some L.A. Aleworks beers here as well!

Now we wait for it to open! 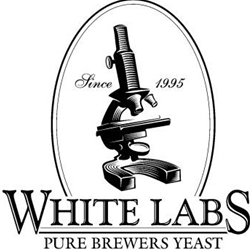 I saw this article over on the Brewbound site and nearly leaped for joy.

And what could make me do that? THIS. “The White Labs Tasting Room, featuring beers created on site, is open! The lineup of experimental beers change regularly and feature brews created with different yeasts and different brewing and fermentation techniques. The custom built tasting room features 35 taps.”

I checked out a tap list and it had 7 different IPA’s with yeast’s ranging from Australian to San Diego Super to Irish. What a great way to see the effect of yeast in a beer.

This tasting room sounds like a beer education you don’t want to miss.

I haven’t mentioned Strand Brewing in awhile. Very remiss of me. But now I have an excellent reason. April 14th and 15th will be the opening shindig for the new tasting room next to their brewery. 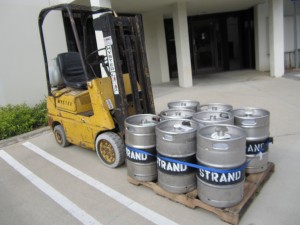 If, like me, you haven’t had a Strand beer in awhile. This will be the perfect opportunity to reacquaint yourself with the delights of the Atticus IPA or, my personal favorite, the Beach House amber. Both of which I had while checking out the new space and both are as good as ever which isn’t surprising with their exacting quality standards. 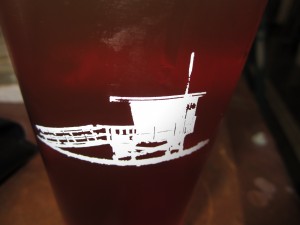 And like at the new Monkish tasting room (which is also a must stop location nearby), the atmosphere is very convivial and laid back. Easy to sit and stay and enjoy.

From a recent Lost Abbey press release, “Get ready to crank the stereo up to 12. In January 2012, The Lost Abbey will begin a year-long series of special edition beer releases inspired by classic rock anthems invoking Heaven and Hell. Each month the brewery will release one new beer, culminating in December with a complete boxed gift set of all twelve. Each “track” released will be limited to a total of 450 bottles and available exclusively in the brewery’s tasting room.”

Sounds like a great idea. Blast the tune while mashing and hopping. Fits with the sinners and saints thing they have going.

“The Box Set releases are divided into three collections of four titles each:

Very High Fidelity but a good way to keep the creative juices flowing.

“Each release will be offered in a 375ml corked, hood-and-wire format and include its own original art. Beers will represent the full gamut of The Lost Abbey’s signature stylings, including fruit and spiced beers, wood-aged brews, sours, wild, and spontaneously-fermented ales.”

This is a great part. No need to go the monster size bottle route here.

“Because of the extremely limited nature of these beers, there will be no general distribution of Box Set releases. Individual tracks, priced at $15 each, will be available exclusively in the brewery tasting room on a first come, first serve basis and will be required to be opened and consumed on premises to prevent unauthorized re-distribution. Empty bottles may be taken off premises but will include measures to prevent counterfeit re-packaging.”

OK. Seems a bit extreme. But what “measures” are they going to do to the bottles? Why bottle it at all? Just keg it and give people a label sticker and let them collect them like baseball cards. Saves you TTB trouble too and anyone who buys a bottle with that sticker on it will eventually find out they have been suckered.

“The first track, an ode to Van Halen’s 1978 anthem, “Runnin’ With The Devil”, is scheduled for release January 21, 2012. Details will be available on The Lost Abbey website in mid-January. Subsequent tracks will be released the third Saturday of each month throughout the year, culminating in the release of the full 12-bottle packaged gift set in early December.”

Do you have to drink the gift set in one sitting in the tasting room? Good choice of starting song though.

This last weekend was all about El Segundo, first up on Saturday was a sneak peek at the soon to open tasting room for the Blue House Ales of El Segundo Brewing.


The space is cozy with a view through the big window into the brewery.

Taps three and four were my favorites. Both had huge aromas. The Nelson has such a gentle hop kick and a grape flavor and the Sand Dune had two distinct spices, one from the herb and one from the hop. I highly recommend both.

When the tasting room opens, El Segundo will have three great beer destinations along with the across the street Rock & Brews and the Whole Foods nearby.

If you haven’t tried any of the Blue House beers, do yourself a favor and order a pint the next time you see it.

Ohio, Michigan and Wisconsin have great beer scenes. One way to gauge that is by how many wine stores are adding more and more beers or in the case of Vintage in Ohio, adding a whole new tasting room.