Having that farm name is a great way to show the agriculture behind the beer.

I had never heard of this hop before and I found you haven’t either, this might be a great way to start sampling these single hop pilsners. 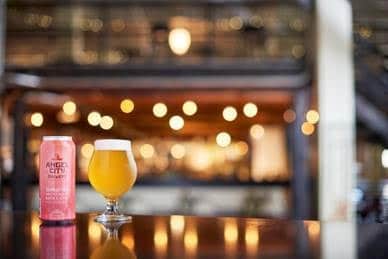 Mosaic will be out in the sun as Angel City Brewery releases their third in the Sunbather sour/single-hop series. June 1st the 16oz, grapefruit colored cans of kettle-soured pale ale will be available.

Both of the previous sours have been quite good, so I recommend trying a 4-pack.

The Bursted Single Hop series from El Segundo has exceeded my expectations and now that they are nine hops in, as it were, we are reaching some more exotic varietals.

And this batch is the most exciting to me yet….

Three hops that you see on occasion but not as much as the Mosaic/Simcoe/Citra’s of the world. The Sapphir is the one that I really have my eye on with Huell Melon a close second.

Recently, El Segundo Brewing came out with their take on the single hop beer. They call it Bursted and the initial batch all clocked in at 6% abv and came in three different colors/hops.

I don’t know if this has happened to you, but I had all three bottles in the ‘fridge and I opened the Simcoe and was absolutely blown away by the aroma. It was as if a bunch of hop pellets had been dumped into my kitchen. I loved that beer from ounce 1 to 22. I was so jazzed to try the other two but, alas, the Mosaic and especially the Citra paled in comparison.

You open one beer and suddenly your expectations are raised to a point where the remaining beers have no chance of competing. But that Simcoe is an early contender for Beer of the Year. Bright and vivid aroma with a touch of spice.

I am certainly intrigued to see how this series progresses. 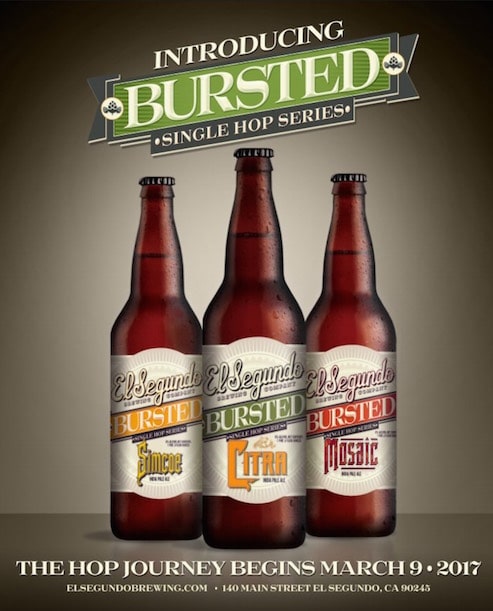 The folks at El Segundo Brewing not only raise fresh IPA awareness with their Day 1 releases, this year they have added the Super Beer Bros. hoppy collaborations and now the Bursted Single Hop series with Citra, Mosaic and Simcoe.

They are using all the hops they can. 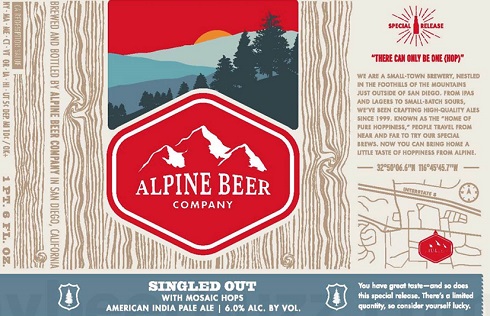 Alpine Beer Co. continues their single hop series with the new Mosaic Singled Out. Azacca, El Dorado amongst others have been featured earlier and now it is Mosaic’s turn.

Alpine is one of those that I haven’t tried since the full takeover by Green Flash and the new branding that deleted out the central circle imagery. 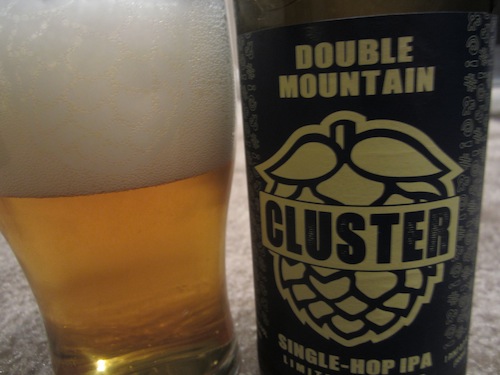 One of the favorite beers from my recent Portland trip. I had one while I was there and had to bring one home as well.  This orange hued beer has a big hop aroma and the taste is really herbal and spicy with a background of citrus. All three tastes play well together.  Certainly a NW hoppy beer as opposed to a San Diego HOPPPPPPY beer but I like the difference.  Glad that Artisan Ales in Pasadena will be bringing Double Mountain into SoCal, now we just have to get their single-hop beers as well.  Plus the label hints at a certain different Cluster.  Very cool. 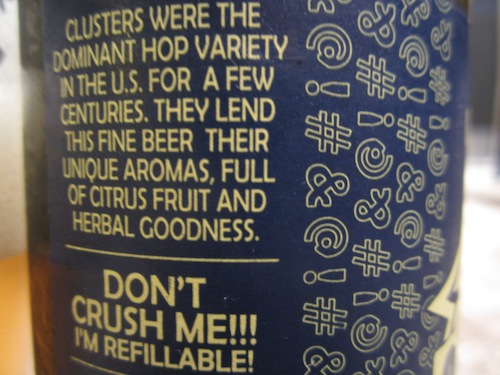 I have been listening to the latest Elvis Costello album (do they still call them albums?) “Wise Up Ghost” that he made with The Roots and I am still trying to say if I really like it or if it is just so different from the mainstream that it pricks my ears up. 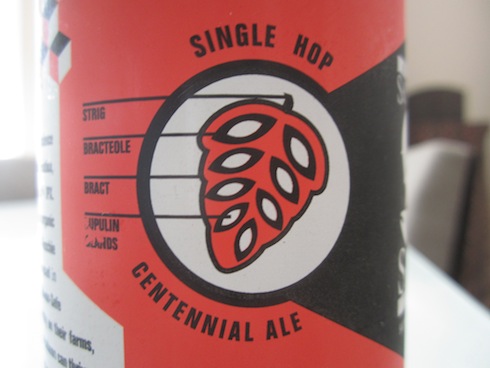 Thanks Hopworks, now I have to get my hands on the Amarillo, Meridian, Falconer’s Flight and Cascade hop versions too!  Love the label.  Simple design with a great use of graphics to give a little bit of hop knowledge to the drinker. I especially like the disclosure of the hop farms that grew the hops that made it into this particular beer. 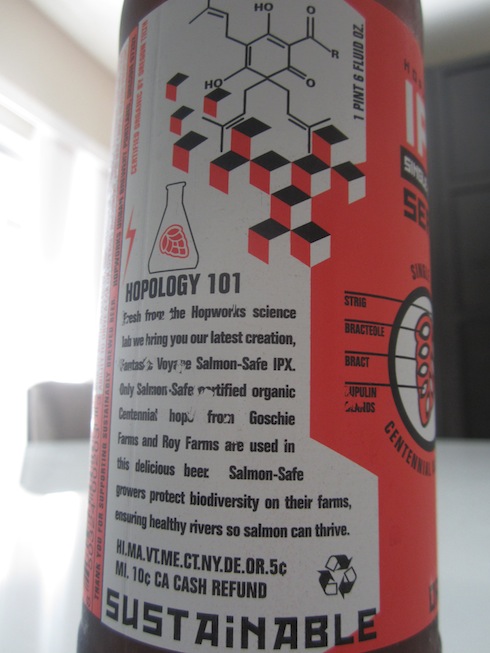 The Centennial version pours a dark orange.  Aroma isn’t huge to me.  I get some spice notes primarily.  The taste has a solid level of bitterness and it is tilted more to spices and herbs.  By solid, I mean that it delivers hops but doesn’t bludgeon you with them.  Nice and bubbly and fresh tasting.  The IPX tastes a bit stronger than 6%. 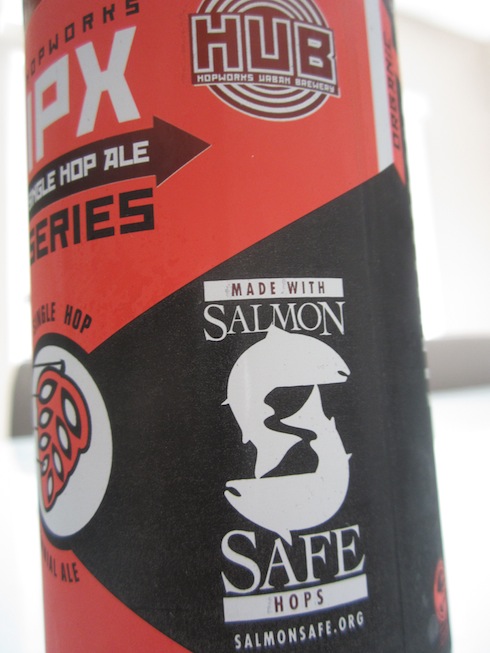 And since we are reviewing part of my bounty that I brought back from Portland, I would be remiss not to mention that Season 3 of Portlandia is now streaming on the Netflix.  I thought Season 2 was a bit less funny than 1 (despite the standout Battlestar Galactica episode) so I am curious as to how the latest season plays out.  And to see which Portland Trailblazer (if any) make a guest appearance.

Every once in a while, I get caught up in excitement over a beer and it unfortunately cannot live up to my expectations, and it happened with this beer from Mikkeller…..