My adopted residence of Glendale recently opened up a Shake Shack. The 2nd in Los Angeles and with it comes their house beer brewed by Brooklyn Brewery. 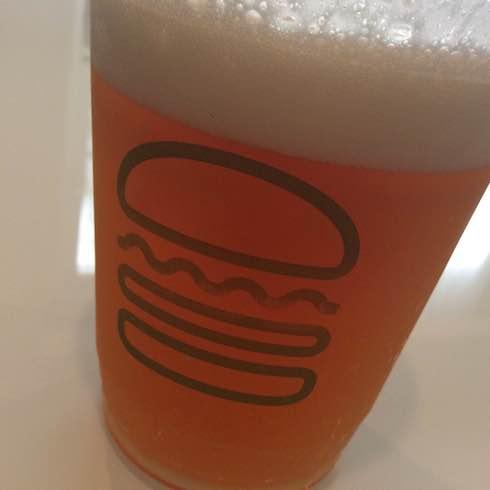 This is the only beer from the borough that you can get west of Las Vegas. Here is the review of Shackmeister Ale (along with commentary on the burgers).

I have now had the special bacon burger and the regular ShackBurger. Both of which are really flavorful though the cheese sauce on the special was no great shakes. They are small for the price and won’t give In-n-Out a run for speed + flavor. The surprise was the really good chicken sandwich. Nice kick of spice and really tasty. Shakes and ice cream will wait for when the heat and crowds die down. 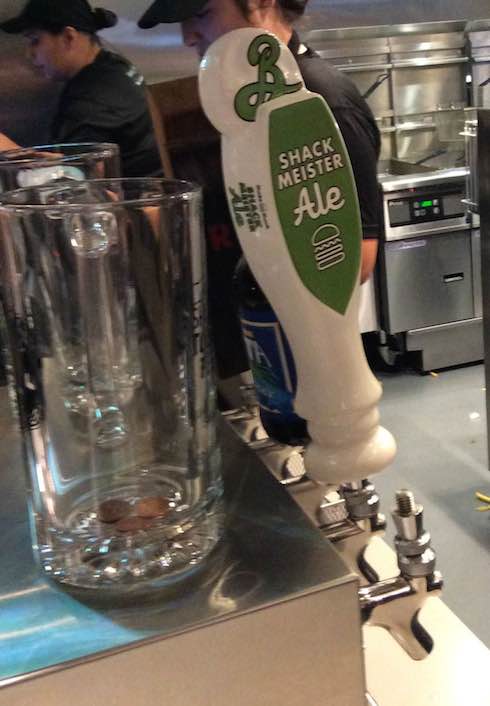 Onto the Shackmeister Ale courtesy of Brooklyn Brewery. It is a rather plain ale. For a bit, I thought I may have mistakenly got the Oktoberfest that was also on draft. There is a tiny bit of hops but this is much ,ore a light malt beer. More Helles/Blonde than Pale Ale. Fits well with the burger but doesn’t really add much to it. But the $5.69 price makes it a better deal than the food.