There are still days left in the year (nigh decade) but 2020 looms and Ogopogo has an ominous beer for us, ‘Nián Shòu.

Gotta add that Ogopogo is killing the label art game right now. This is one of the coolest designs with all the beer info and backstory easily accessible.

San Gabriel’s Ogopogo will be hitting the one year mark and on September 21st, they will be celebrating their mythical creatures beer list. Follow their social media for ticketing information and beer information.

I am eager to try this upcoming anniversary beer from Ogopogo. The first anniversary beer is usually one that has that early years energy to it. Not quite sure what this artwork is though. Seems like bad landscape with your UFO (Vimanas) superimposed on it.

If you haven’t made your way out to Ogopogo Brewing, well the above beer should be another reason why you should make the drive out to San Gabriel and check out their lovely brewery. While there, I highly suggest trying the full range of their beers.

Since my last 1st visit blog post was on the Westside, I thought I would head East this time around and check out Ogopogo Brewing in San Gabriel. 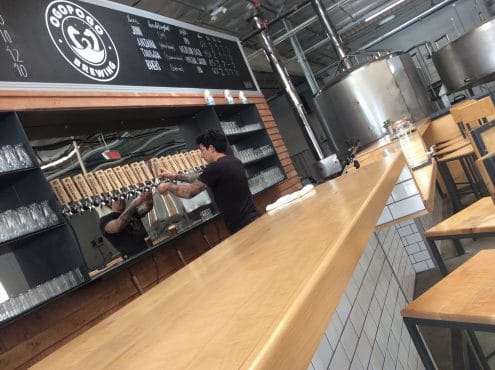 I ordered up a taster tray and sampled the first two “mythical” creature names that the beers are bestowed with, Anjana Mexican Lager was solid. Good to see so many breweries adding this style. Super light but the malt was there to add heft to it. The Boeman Wit had a big menthol taste to me with an assist from a spice profile. I dug it but it might be a little too much for others 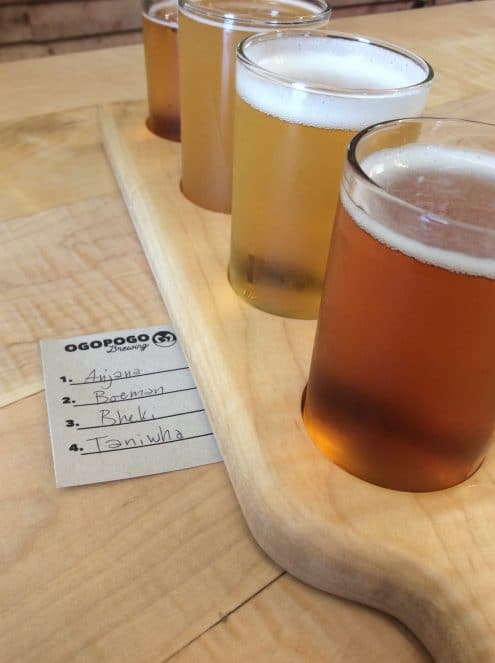 Of the two IPA’s (a third was tapped out), the Bheki was my favorite. Though 6.3% it came across quite light, almost to Session strength but it was well balanced. The Jinn IPA was much more in the traditional wheelhouse. 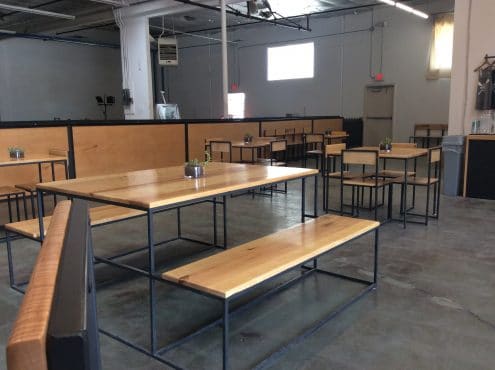 I also tasted the Taniwha Imperial Saison which tasted big and was quite good. A bit leathery and barnyardy with a nice use of yeast to bring it back to Belgian territory.

The space is open and bright and I really like the highly polished, almost mirror like backing on the taps and glasses. For a brewery only a week or so in, they have got off on the right foot.

The Ogopogo Brewing taproom will be open from 12-6 on Sundays (so the 16th, 23rd and 30th) this month. Way out in the valley in San Gabriel. 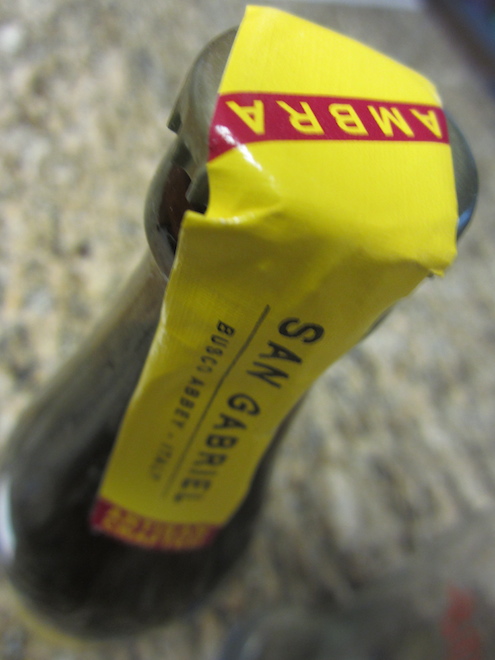 This chicory amber from Italy and San Gabriel pours a grainy and hazy dark orange. Really looks light if appearance is correct. Foamy a bit but looks watery as the lacing recedes down the glass. Aroma is a malty vegetal mix that sounds better than those words denote. The label did promise raddicchio though so at least there is truth in label advertising. The taste has a vegetal bitterness. Fairly thin with a concord grape like note at the back. Quite a mixture of flavors but in the end it is just too thin at both the tip of the tongue and in the aftertaste.  Maybe it is the American in me but the malt base needed to be heftier which would mean amping the other ingredients a few notches as well to compensate. 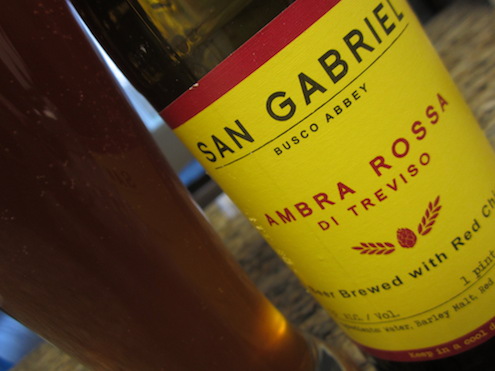 All in all at the price point it is a good intro to the crazy ingredients that you will see in other Italian beers that may be sitting on the shelf for too long because of their price.

One of the forerunners of craft beer in Los Angeles is the Stuffed Sandwich east of Pasadena tucked into the corner of an uassuming little mall. Sam and Marlene Samaniego moved from the distribution side to the restaurant side and haven’t looked back.

from their website: “Everyone was so excited about trying new beers that Sam decided to go for a selection of 100 beers. Since then it has not stopped! They now sell over 700 bottled beers from 40 different countries, specializing in Belgian Ales (over 130) and American crafted “Micro” brewed beers.”

Due to the vagaries of liquor laws, you have to (poor us) buy some food to go with the beer.