The Yard is a pop-up food and retail village constructed of repurposed shipping containers that will include an Anchor Steam beer garden. You could call it an appetizer before they open their second brewing facility nearby.

Oh how L.A. could use a few pop-up / creative / non-traditional taprooms around town like the Yard at Mission Rock in San Francisco. Maybe one of the (possible, maybe) new NFL teams in Inglewood or Carson could take a page out of the San Francisco Giants playbook.

Or find a central location near a Metro stop and have a rotating L.A. County Brewers Guild member pouring alongside a food truck specifically chosen to pair with the food. If I am tossing out maybes, the updated Union Station might be a great spot to do it.

And a little more Anchor news: According to the brewery, the future “facility will quadruple Anchor’s annual brewing capacity and feature production facilities for brewing, distilling, packaging, storing, and shipping; and a restaurant, museum and educational facility in the headhouse of Pier 48.”

Never to early to plan for the massive amount of beer events in San Francisco during their SF Beer Week. The initial calendar is out and ready to be perused by beer fans by the Bay, and us Angelenos too!

Part of me wishes that Almanac would stay with the fruits and odd styles like Gose.  And part of me does not like the damn curlicue/scrimshaw font either.  But I guess, when in Rome.  Go hoppy.  I am sure it will be a strong beer.

“Introducing our year-round Almanac IPA in 22 oz. bottles! This copper-hued, West Coast hop bomb is brewed with a malt base of California-grown two-row barley, with additions of German Vienna, Crystal and Biscuit malts.

Then we start layering on the hops—grown in California, Oregon and Washington. We combine Apollo, El Dorado, Simcoe and Mosaic to create our own twist on the IPA style with intense aromas of grapefruit and tangerine peel, melon, pineapple and pine trees. The finish has a clean bitterness and light saltine cracker note.”

Sorry for the non-ringing endorsement in the intro.  As much as I love hops, I wish some people could overcome the urge to add another IPA to the pile. But if the beer drinking people want bread and circus. 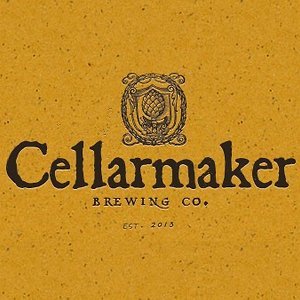 SOMA is our final stop in San Francisco as we learn about the beers of Cellarmaker Brewing Co. which was established just last year.

They have decided to focus on three types of beers to brew since they prefer to keep to small batches.  They do the hoppy, the funky saison and the imperial stouts.  And these are some of the beers that I would put in my taster tray…..

Unfortunately, you have to go to San Francisco to get their beers but after reading about the three breweries featured this month the motivation to go should be very high. 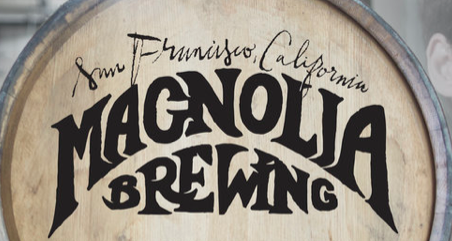 A stalwart of the beer scene in San Francisco is Magnolia. I have had the pleasure of eating and drinking there.  I ordered jerky there.  What gastropub serves that?  Now they have branced out into brewing!  And they are in what appears to be the new hip place to be (that I had never heard of before) Dogpatch.

You could make a day of it with any of the three columns but I would start with the cask one. 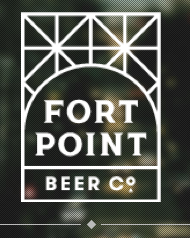 Since it is the month that SF Beer Week falls into, I like to showcase some new spots in the City by the Bay.  And the first stop is Fort Point.  Not the greatest name (though I do prefer Beer Co. to Brewing).

Founded by brothers Tyler and Justin Catalana this year!  Fort Point is in the Presidio which is a great place to walk and see the city.  They have an eclectic set of initial beers.  Which is saying something in this ever crowded craft market.

Here is what I would put in my taster tray:

Tosca – a beer brewed to pair with food at the Tosca restaurant.

I caught this on the Facebook recently and thought that I should pay it forward as it were.  It covers a lot of ground that we know and love about our craft beer industry but what I like about it is that they are talking to people that I and most likely many people haven’t seen or heard about.  If it gets more butts in seats at City Beer then it is well worth it.  So take a watch…..

For those of you who thought they would never live to see the day that a Craftsman beer was bottled and put on sale.  Well, it has happened.  Just not in Los Angeles.  St. Vincent, a bar in San Francisco, has collaborated with Mark Jilg to create “Sumac Summer Ale,” Belgian Style Wheat Beer with Sumac and Coriander Matured in Oak.

Here is the full description from the press release, “This was the beer that Craftsman brewer Mark Jilg collaborated on with our in-house Cicerone, Sayre Piotrkowski.  It is a Belgian Style Wheat (not white) Ale, spiced with hand-ground Sumac. The beer’s primary fermentation in steel with a blend of Belgian yeast strains. The beer then spent 9 weeks in a large oak fermenter. The result is not an overtly sour beer.  With “Sumac Summer” The boys set out to make a beer that scratched the same itch as a cold glass of lemonade. The result is fruity, a little sweet, a touch tart and just a bit funky.”

Unfortunately, there was only 15 bbls of this beer were brewed and only a limited amount was put on sale in 375 ml bottles.

Tomorrow morning over at Food GPS, a companion piece to my Central Coast post from a couple weeks back. 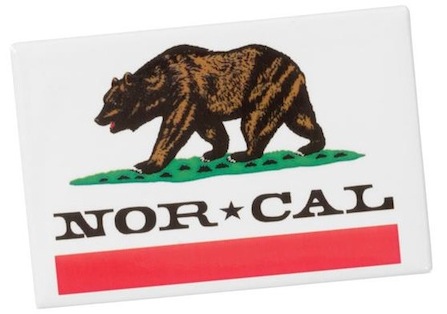 What breweries in Northern California are must visits for you?

Is it Russian River or Moonlight?

Or do you have some other small spot that needs a light shone upon it?

Let me know below….. 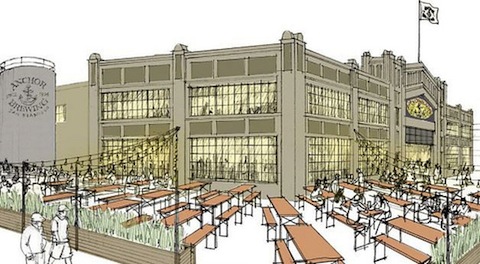 Those worried about the future Anchor Brewing when Fritz Maytag sold them should be less so as of a week ago.  That is when Anchor teamed up with the San Francisco Giants to announce plans for building on Pier 48 part of what San Francisco is calling the Mission Rock Development Project.

Here are the press release details that are most important (in my mind):

Anchor will continue to operate its facility in Potrero Hill, but will greatly expand its operations with the development of the Pier 48 facility. The two facilities will allow the company to quadruple its annual production capacity from 180,000 barrels to 680,000 barrels.

Pier 48, the southern-most structure of the Port’s Embarcadero Historic District, will be fully rehabilitated and re-established as an industrial hub of the central waterfront. The new Anchor facility will feature production facilities for brewing, distilling, packaging, storing, and shipping; a restaurant, museum and educational facility in the headhouse of Pier 48; and a restored walkway around the entire pier apron that will connect pedestrians to the Portwalk and allow views into the Anchor brewhouse. Anchor will offer tours of the facilities and educational seminars with a focus on the history of craft beer, the art of craft distilling and Anchor’s history in San Francisco. The construction project beginning late 2014 will feature the use of green and sustainable materials, setting the standard for a modern urban brewery.

The Anchor Brewery expansion project also represents the first major tenant of the Mission Rock Project – a new, mixed use urban neighborhood currently being developed by the San Francisco Giants. The Anchor Brewing facility will cover 22% of the overall project site.

In addition to Anchor Brewing’s new facility, the Mission Rock Project will include more than eight acres of parks and open space, 650-1,500 residential units, 1-1.7 million square feet office space, parking structure to serve ballpark and Mission Rock patrons, and up to 250,000 square feet of retail, restaurants, and public amenities. In total, Mission Rock is expected to create 4,800 construction jobs and 6,400 permanent jobs.”

This announcement is one heck of a way to put a cap on the 2013 SF Beer Week.