Our last stop in San Diego is electrifying… Kilowatt Brewing. With Locations in Ocean Beach and Kearny Mesa.

Here are the beers that I would add to a taster tray….

This new to 2019 brewery has some San Diego brewing history behind it.  Gravity Heights has Skip Virgilio on board.  That name may ring a brewing bell because he co-founded and was the original brewer at a little place called Alesmith.

The new venture is in Sorrento mesa and has a restaurant and a “lush outdoor beer garden”.  Here are the beers that I would put into an initial taster tray….

Mixing Kiwi to SoCal, Kairoa Brewing and brewer Joe Peach are trying to create a “modern farmhouse designed space” in San Diego.  Probably one of the few places to get New Zealand comfort food and an IPA.

Here are the beers that I would on a first visit…

Being a regular library user, I would welcome the chance to check out both the physical and on-line collections regarding craft beer.

Dubbed the Brewchive, it “is a new project from the university’s library. According to CSUSM Special Collections and History Librarian Judith Downie, the collection dates back to the late 1980s, about the time that the craft brewing scene first started to gain steam in the San Diego area. Around 30 years ago there were maybe five or six craft breweries in the county; today there are 156.”

Now that L.A. has a nice amount of breweries and a little bit of history behind it, the CalState system might want to look into expanding north and to Central Coast and Bay Area too. It will be much easier to find documents, coasters, recipes and the like 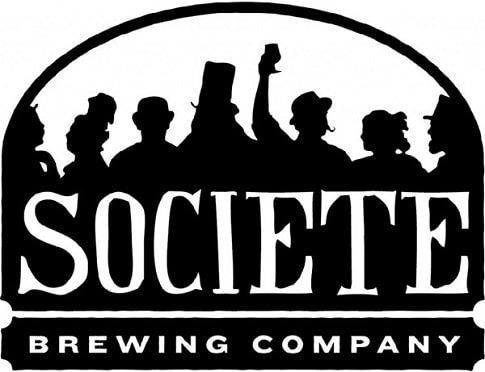 It is hard to single out one brewery in San Diego but whenever my next trip takes me south from L.A., Societe Brewing will be at the top of the list to visit. One reason could be to try their take on “Feral” ales and to check out some of the newer beers that they have produced like….

The Fiddler San Diego-style IPA – “Playing off lyrics from Alabama’s “If You’re Gonna Play in Texas”, brewmaster Travis Smith says, “If you’re gonna brew in San Diego, you gotta have an IPA!” Societe is highly regarded for its lengthy lineage of IPAs, and its latest harnesses the attributes of a trio of hops—Simcoe, Eureka and Idaho 7—to bring something newBeer Styles and unique to its Out West family of hop-driven beers. Those hops were selected through Societe’s single-hop IPA program.”

The Statesman Pale Ale – “Crafted to bring forth a distinctly West Coast hop profile balanced by substantial yet subtle malt character, this beer is a modern interpretation of an American pale ale and Societe’s first foray into this venerable beer style.”

The Damsel Belgian-style Table Beer – “This New World take on the lowest-alcohol variety of monastic, European “abbey ales” is crafted to be highly drinkable and light in body, but big on floral and spice character imparted by our house Belgian yeast strain.”

The first four on the list are draft only while The Thief is also on-sale in corked, caged, 500-millileter bottles (available only at the brewery). 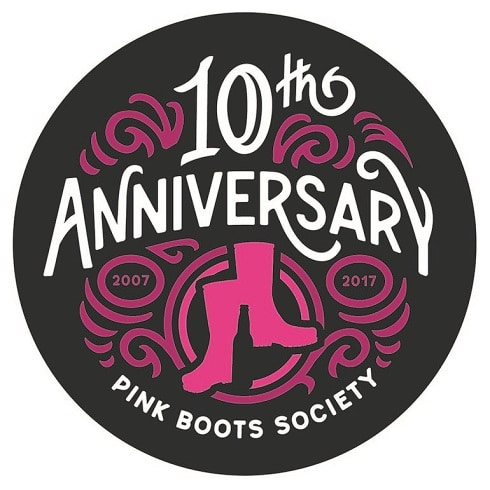 I am quite picky about beer festivals but when I saw that the Pink Boots Society was going to have a 10th Anniversary Craft Beer Festival at Liberty Station in the temperate clime of San Diego, I clicked on the link and read on.

They have secured a nice roster of breweries with an emphasis on locals from SD and there will be music and food and most importantly beers brewed by PBS members.

All proceeds from Festival will benefit the Pink Boots Society Scholarship program that helps women in the brewing industry advance their careers. 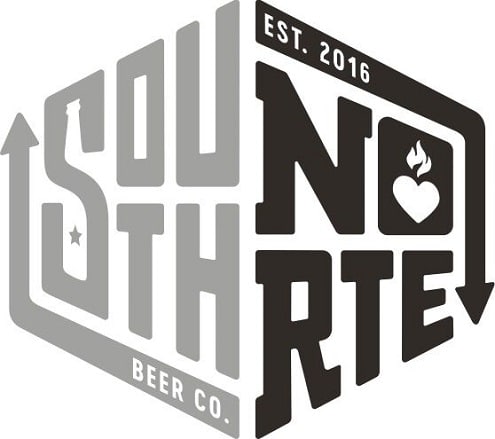 In a counterprogramming move, Ryan Brooks (formerly of Coronado Brewing Co.) will be opening a brewery that strides the brewing styles of Southern California and Northern Mexico. With the well-suited to branding name of SouthNorte, let’s hope that they can fuse the tastes of two countries.

Our final stop is Wise Guy Brewing. Conjures up old-timey gangster movies which is an interesting choice for San Diego. Adding to the dissonance is the fact that founder and brewer Brett Gent will be focusing on classic German styles. Don’t get me wrong, we need to see more German and English style breweries so I would jump at the chance to try something from the 2(ish) taps dedicated to those beers, could be a Pilsner, Doppelbock, Altbier, Schwarzbier, Helles Lager, Dunkelweizen, Oktoberfest.

You might also find Brown Ales, Porters, Stouts, ESB’s and a Vienna Lager. Gent has won numerous awards for his home-brewed ales and lagers.

Lest hop heads be scared away Wiseguy will also use their 10-barrel brewhouse and five 20-barrel fermenters to make IPA’s as well.

Our second ignited stop is in Carlsbad for the European cycling themed Rouleur Brewing. Here are the San Diego beers with a Belgian twist that I would check out….

The Domestique Blonde Ale – “This beer is designed to be approachable yet memorable with a soft malt backbone and delicate Noble hop bitterness, keeping it from being too heavy or sweet. The aroma is slightly grainy, yet not astringent, and the forward palate is reminiscent of malted milkshake, grain and honey. The finish is dry and crisp with just the slightest hop bitterness. Well rounded, smooth and reliable.”

The Sprinteur Red Ale – “displays a rich and brilliant ruby red hue. The flavor and mouthfeel offer a chewy malt complexity reminiscent of dark caramel and dark fruits. The body forward beer is balanced with a dose of fresh fruity-citrusy hops. Visually pleasing, full-bodied and inspirational.”

The Puncheur Pale Ale – “This is the go-to beer of the pack, offering something for everyone. This beer has a brilliant gold color with warm hints of red in its hue. The malt and hop bills, as well as yeast character, lend it an overall fruity character. This beer is a perfect balance of malt and hops in both aroma and flavor. Resilient, fruity, and reliable.”

The Clydesdale India Pale Ale – “Rouleur takes the “Italian cooking” approach to IPAs: Few ingredients that are of high-quality yet not necessarily uncommon; balanced perfectly with a twist. ROULEUR’s India Pale Ale is “hoppy” in flavor and aroma, but not bracingly bitter, sessionable-ish in terms of alcohol content, and different enough to be memorable and go the full distance. Clean, purposeful and without pretense.”

The Grimpeur Dark Ale – “is very dark…nearly black. This beer is malt heavy yet balanced with a chocolatey and dark-caramelly flavor and aroma with a very faint roast character. With just enough hop character for balance, this is an all dark-malt-forward beer with a Belgian finish. Thick, creamy and focused on reaching the top.” 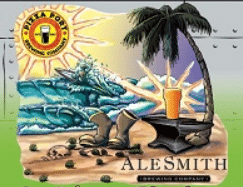 If I had been given the following True/False question, I would have gotten it wrong.

Have AleSmith and Pizza Port collaborated on a beer?

Now they have, which means that trick questions are now more logical. And of course it is hoppy, we aren’t living in a bizarro world.