If you had told me when I started this blog back in 2009 that a brewery would put rye in a beer, I might have raised an eyebrow. Then putting that rye ale into Rye Whiskey barrels from Leopold Brothers would have made me lean forward. That said barrels are described in a press release as Maryland-style would have made me snicker a bit. Then if you said that the finished beer would be put into cans, well, I would have asked what form of time travel transport you used.

And even today an Upslope Brewing Manhattan Style Rye Ale made to mimic the famous cocktail is an outlier for craft beer. But I sure wish I could get a couple of the 19+oz cans. $10 is a steal for one. 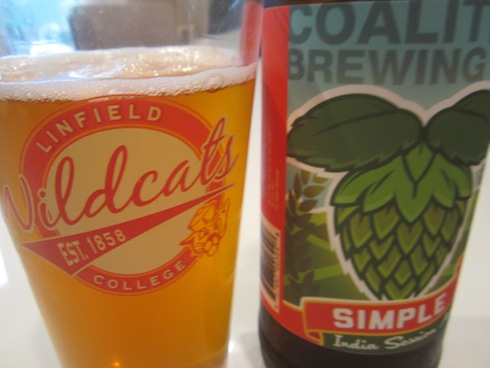 Billed as an India Style Session Ale, Simple from Coalition Brewing pours a slightly hazy orange. Aroma is almost wort-ish but pleasant. I get some spice notes from the addition of the rey and a small touch of orange. But the dominant note is grapefruit and the pith. You almost get a grapefruit juice quality of bitterness.  Some slight grain notes as well. And I think the label is quite well done.  Bright colors and a easy to spot hop cone to latch onto when beer shopping. 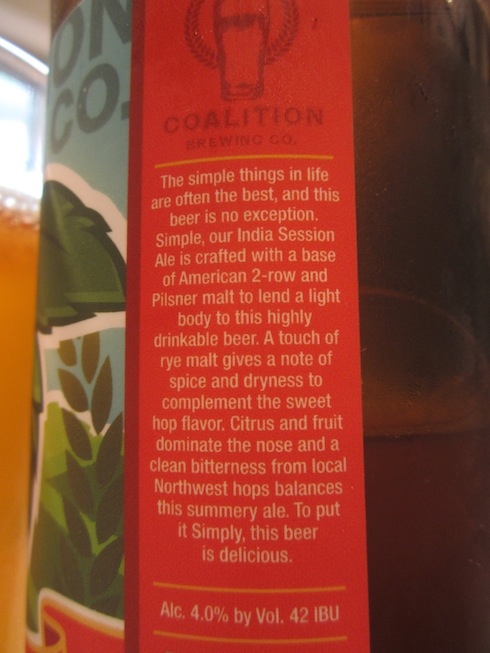 My recommendation for this review is neither books nor movies nor music but donuts! Blue Star Donuts from Portland.  My mother and I had a great time choosing a donut to have with our coffee but I can easily see pairing one with a beer like this that has such a great citrus taste.  The Rhubard/Berry glazed donut would be a great start.

First it was Gams-Bart.  Not a typical flagship.  Then a Chai fusion Kolsch.  Next for L.A. AleWorks is a more pedestrian coffee porter.  Wait, they have added rye to it. Oh and they asked their Kickstarter supporters what they wanted instead of choosing something themselves.

“Thank you to everyone that participated in the vote for our next batch! In a fairly resounding victory the Coffee Rye Porter known as “Buttress of Windsor” was selected. As brewers we’ve had many excellent coffee porters and we hope this one will do the style justice. Similar to the Karma Kolsch batch, we’ll be experimenting on exactly how to scale up the recipe – so wish us luck!” 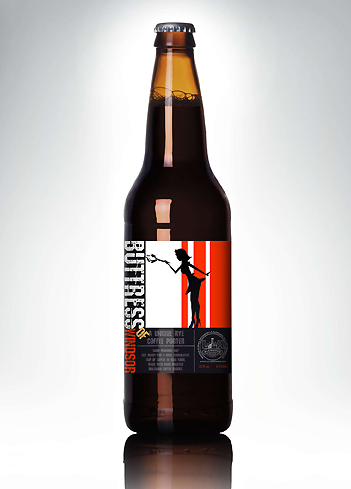 “We know how much you all love coffee and so we’ve teamed up with local roaster True & Brave Roasters to create an incredibly tasty and inspired roast especially for us!”

I am looking forward to see how this compares and maybe having a sampler tray of all three to compare and contrast.

I have seen this new Sierra Nevada beer advertised in all of the beer-y magazines that I subscribe to and I cannot wait to give it a whirl in a pint glass. 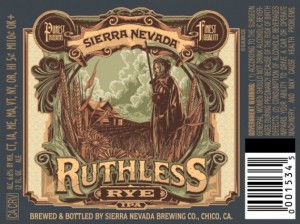 Apparently this will replace Glissade which never won me over. It should be in SoCal markets now. Pick it up along with Bigfoot barleywine. If I find one in time, I will attempt to do a video review this month.

When I saw that issue # 48 of Beer Advocate had the tally of Top 25 Beers of 2010, I had to say that I braced myself for mostly monster stouts. And yes there are 5 in the top 10 alone and 10 overall (not counting the 5 strong ales, which fall under the same BIG BEER rubric for me). What surprised me was the strong showing of # 2 for the Kern River Citra DIPA one of my favorite beers of 2010 and I had only a teeny glass of one. The second surprise was 2 rye beers making the cut, one from Summit and one from Boulevard (granted in the 20-25 section).

SO I am pleased that anything broke through the Stout barrier of the top 10 and I like that rye is gaining acceptance. But still the list is tremendously one sided. Nothing in the top 10 is below 8% abv. Amazingly all but 2 beers are above that 8% mark and 14 of 25 beers are above 10% abv. It is almost as if a beer geek can take most of the year off and come cold weather time start drinking because that is where the great beers are apparently. No session beers to be seen. No brown ales. No hefeweizen. It’s really a turn off.

Click on the image below to see the full list and let me know what you think of the group. By the way, not to boast, but I sampled 7 of the top 25. 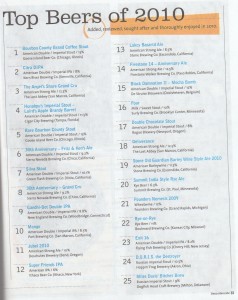 Manhattan Project from Brooklyn Brewery. I was scared but then shocked at how good the Cuvee de Cardoz was and now I want to try all of the weird beers that Mr. Oliver has cooking. This one is made with tart cherries and rye and is the beer equivalent of a Manhattan cocktail. Sounds good to me.