Frequent readers know that I am from Portland and that any Portland Trailblazer beer will get featured here even though this is an L.A. beer blog.

I also like to highlight beers that uses one of the Citys nicknames. In this case, Rose City. Cascade, the NW sour power has blended up Rose City Sour. Blonde and wheat aged in Oak Wine barrels for 14 months with additions of both rose petals and rose hips along with the pink tinted hibiscus tea.

I might even break my no hyper expensive bottle buying prohibition to try this one. 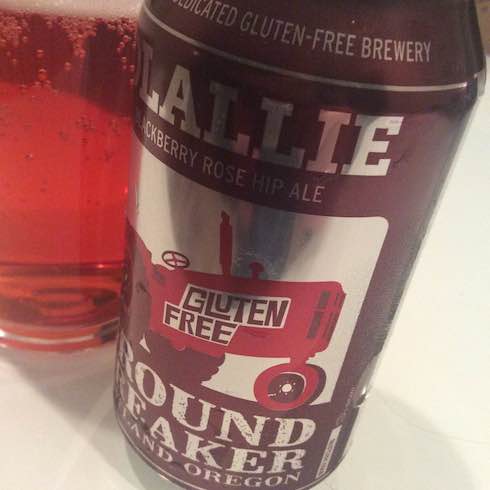 This is one of the clearest and reddest beers I have seen. Ground Breaker has taken the experiment of melding Crystal hops with Rose Hips and Blackberries for this beer and it has a very potpourri aroma. The rose hips floral notes are strong (most obviously in the luminous color) but a tang from the blackberry softens that blow initially. But then Olallie has an after edge of unripened berry that I wish wasn’t there. Maybe some honey would dry it and add a sweet touch to really close this loop up. This is an almost there beer for me.

The name change yo-yo at what was once Portland Brewing before becoming MacTarnahan’s is now back to being Portland again. 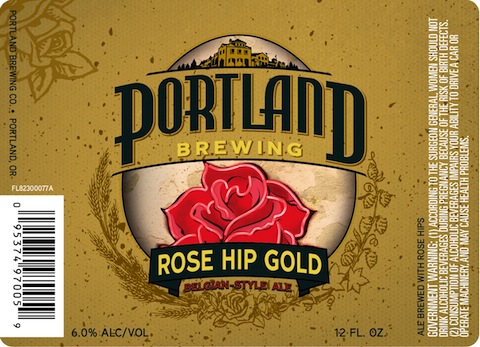 As the press release notes, “The main change for consumers will be that the company, its beers and packaging will once again proudly carry the Portland Brewing Company name. Beer drinkers will still see the company’s flagship brew – MacTarnahan’s Amber Ale – continue, along with many new offerings.”

But the bigger news hidden at the bottom of the press release is this…..

· Portland Brewing IPA: a new year-round beer. With a darker golden color and some of the most popular citrusy IPA hops, as well as Sterling for a bit of spiciness in the finish, this IPA is hoppy like a Northwest IPA should be. Five different hops and a soft malt backing make for one great, easy-drinking ale. Available in six-pack, 12-pack, 22 oz. bottles and on draft.
· Rose Hip Gold: a new spring seasonal that is a Belgian-style ale with notes of fruit and spice and a little citrusy bite from a generous addition of rose hips in the kettle. Available in six-pack, 22 oz. bottles and on draft.
· Oyster Stout: the company’s first brew in a new small batch draft program that is exclusive to the state of Oregon. It will feature locally sourced oysters from Yaquina Bay.

Consumers will begin to see some of these beers in market as early as Feb. 1.