Don’t pause, just send it. By that I mean, send this new collaboration IPA to me…

Riip Beer Co. and El Segundo send hoppy beers all over the city, this might be another winner. 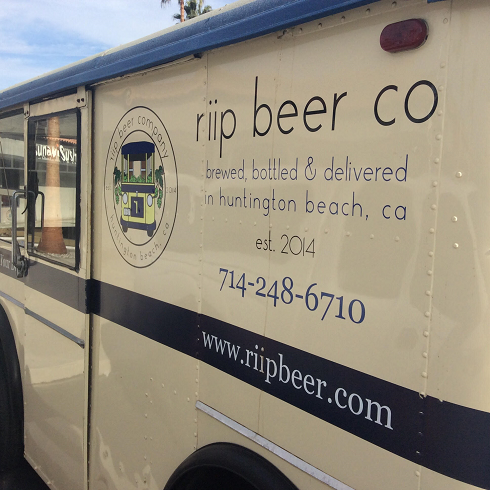 Sometimes, my mind doesn’t make connections fast enough. When I got an invite to visit the latest Beachwood location in Huntington Beach, I went days without remembering that one of the breweries on my “to visit” list, Riip Brewing was close by.

But my synapses fired in time and I head out to PCH to check out the GABF medal winning brewery. It has a corner perch in a strip mall and that silver medal in the IPA category was right there by the taps. There is a bit of a skater/surfer vibe to the place. The barrels used for table legs were graffitied up with some art and shout-outs. 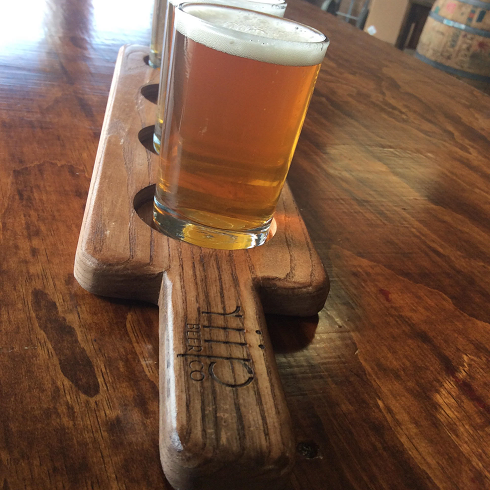 There were nine beers on tap when I visited and I sampled through seven of them including Super Cali IPA which is where we will start with the capsule beer reviews:

Super Cali
Very tropical at first. Burst of pineapple before settling into a heavy dankness as the beer warms up. I can see why this would strike a judge’s chord.

Raider Bob
Appropriate for their resurgent NFL season. Big and bitter still very different. Grassy and on the edge of harshness. A bit spiky on the tongue from the carbonation.

Riipalicious
Third IPA and this one puts a focus on grains. The least harsh so far but it still has a dankness to it along with what is that signature spiky quality.

Dan-k
A little pepper skin here. Again a sharp bitterness with a dankness at the end. A bit of stone fruit as well. Tiny though. 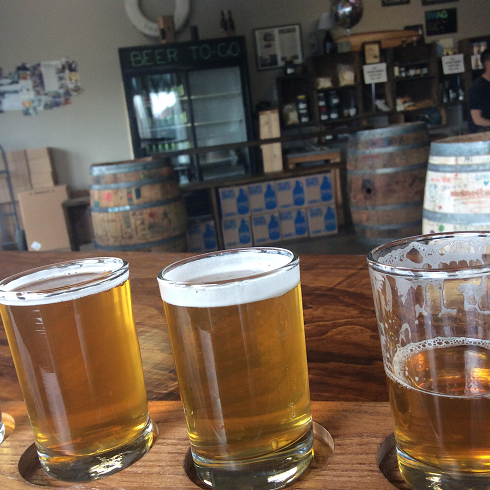 Billy the Redbeard
Least favorite so far. Seems plainer and more one note than the IPAs previous.

Billie Jean
All oak chips. If you like that. Cool. Otherwise might be too woodsy for most

My Name is Mud
The rarely seen wheat stout. This one hits all the marks. Has some chocolate, some tobacco and some smaller coffee to it.