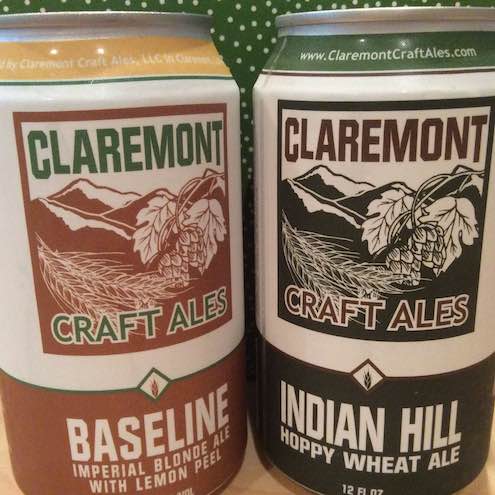 One of my former co-workers has begun brewing.  She (identity protected to protect the innocent) is and adept cook and her first batch using the Brooklyn HomeBrew kit and recipe was solid.  Recently she invited me and my beer buddy, Richard from Travels with Cap’n to taste her latest brews.

But before the photos and the reviews, a warning

I won’t protect his identity because I don’t think Craig would like it if I did.  Anyhoo, on with the reviews

The first beer was a lavender honey ale. Honey being used instead of Belgian Candi sugar. It was well balanced and bone dry. A hint of lavender which is much preferred to too much. It poured a pretty light yellow color as well. 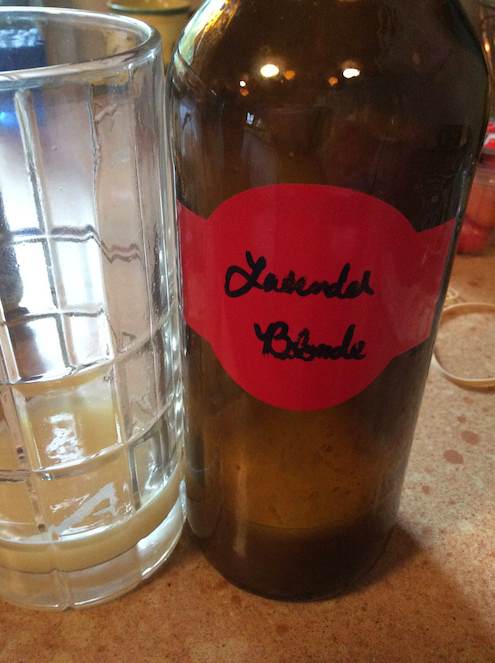 The Tea & Toast was an avenue for experimenting with tea. The recipe called for English Breakfast but could accommodate others and the very smokey Lapsang Souchong was chosen and it imparted a big smokey kick. There was a nice toast/wheat note that punched in briefly as well.

Of the two, a the honey lavender would be an excellent go to summer beer and I would like to try Tea and Toast with another tea variety.

There is a Peach Cobbler bubbling away with a Gose in the future. And I am excited to try them. 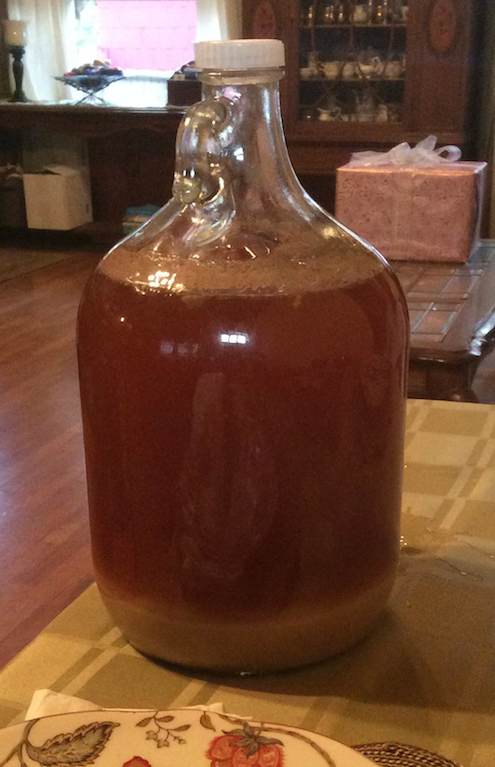 Tomorrow on FoodGPS, I give you some “special” christmas shopping ideas the and the beer and homework is from Anchor Brewing in San Francisco. It is the yearly tradition of Our Special Ale. The holiday ale with a different tree on the label and a slightly different recipe each year. 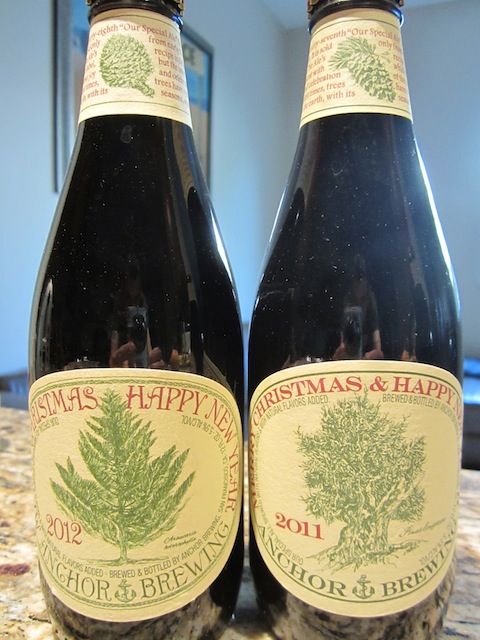 Recently, I did a vertical tasting of this beer starting with the 2008 version and going through to 2012.

2008
Very frothy pour with an espresso head. Aroma hints that this one may have passed prime tasting time. An old ale background with a touch of sour creeping in. Very British ale tasting.

2009
Another frothy beer. Both were stored standing up so I don’t think it was my cellaring technique. But this one had a much lighter head to it. Some minor roast notes and a little whisper of pine. That same sourness and apple cider taste is evident in this one as in 2008.

2010
This one poured better. More Belgian-y. Good sparkle to this one in comparison to the flatter beers form ’08 and ’09. More coffee acidity here. Again the tree and pine notes are only faint and way in the background.

2011
Dark with a brown ale backbone. Not much spice or flavor in the 2011. Even tastes a little thin. If the others did not stand up to aging then I fear for this one. 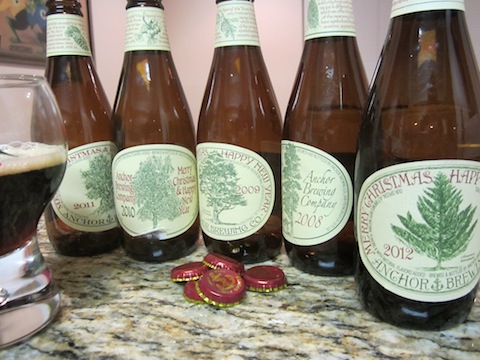 2012
Pours dark black. Almost a Dr. Pepper type of aroma. Flavor has a burnt quality to it. Body is light and it is quite sparkly. Flavor does linger on the palate.

Craft Cans.com is one of the most eye pleasing beer websites out there. The layout and design is really pops and they have chosen (or were chosen) by a growing and fun segment of the craft beer market.

Here is what they say about themselves…”CraftCans.com is a site dedicated to news and reviews for the “Canned Beer Revolution”. Here you’ll find a database of all craft beers now available in cans, information about new canned beer releases, as well as unbiased reviews of canned craft beers.”

Craft Cans is one of my weekly beer information stops and I suggest you give it a look too.

The craft beer world is filled with reviews. And there is a process underway, in my mind, of winnowing down to trusted craft beer sources. I hope to be one such person for those just embarking into the realm of flavorful beer.

Another great source is KSW Beer. They are review focused with good, solid writing. But they have two twists that I think differentiate themselves from other sites.

1. Female Perspective. They are prominently featuring women drinking beer. Awesome. The beer industry cannot grow without 1/2 the population behind us. They give voice to an under heard group and to that I say bravo.

2. Single Hop madness. They discuss hops and their flavors straightforwardly and because of home brewing knowledge, they aren’t feeding you a bucket of bad internet information.

So check them out.

A slightly enlarged weeks worth of beery events topped off by a festival at historic Union Station in downtown Los Angeles. You will get your fill (and then some of events on the blog this month along with…..

– unbiased, snark free reviews of canned industrial water lager. Gameday Ice here I come.
– A tour of Alaskan breweries
– Session # 44
– three beers that I strongly suggest you sample
– 50 Beers from 50 states status post
– The monthly tapping of the Firkin, my opinion on the beer world.

You may have noticed that my site started with more reviews of beers than it does now. That is a conscious choice. I am not a great beer reviewer. My skill is more in choosing beer for people and getting beginners onto the beer bandwagon. But I would be remiss if I didn’t showcase some people who review well. Movies have reviews. iTunes reviews songs so I see the niche that is filled.

So if you want to see a clean site with lots of photos and well written reviews of a variety of beers, here is another that I can recommend…
Hoggie’s Beer Reviews. You can also check out his YouTube channel via his site as well.

Another new beer-centric website has sprung up that you might want to peruse and see if it will help you in your beer journey. Brewpot allows you to rate beers, find beers you might like if you like “Beer A” and also has some brew news.

It is still a toddler so don’t expect all the information in the world, yet.

I am not a Twitter sort of guy. I am not a long winded writer to begin with so condensing further would probably not help me improve my style or grammar.

That being said, people really dig it. For every luddite there seems to be 10 Tweeters. Since, it is my self-appointed job to get everyone to drink better beer, I will not leave the tweeters out.

Go to Twit A Brew and you can instantly review (in 140 characters or less) your thoughts on the beer in front of you.

According to the creators, “My real hope for this site is to help people explore and share all the wonderful beers that are out there.”

…I can’t get enough of them. There is such a large world of beer that I need all the content that I can get my hands on. Into the void comes, Beer Connoisseur magazine. 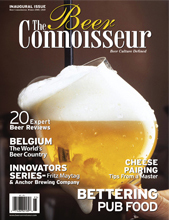 Support great beer writing! It pairs well with any style of beer.