NEWBrew from Singapore has a new blonde ale. How is that news, you say? It is brewed using recycled sewage.  You read that correctly.

It is a joint effort between Brewerkz, a local craft brewery, and Singapore’s national water agency.

To keep the all caps NEW going, NEWBrew uses NEWater. According to an article at FoodBeast, “NEWater is made using ultraviolet light to disinfect sewage followed by passing the liquid through advanced membranes and removing contaminant particles. What remains after the process, the brand asserts, is simply clean water.”

Considering that many breweries alter water based on their supply or a particular beer style, if this NEWater is neutral and has proof of no other issues, it might be worth trying.

The above is being branded as the Igloo Recool, an green cooler constructed from 100% biodegradable materials. They are $10 each and will be first on sale at REI stores (or online) before going full main stream.

According to Igloo, the “Recool is a hard-sided cooler made from a mix of paraffin wax and recycled tree pulp.” It can keep ice icy in the 12 hour range and has handles and cup holders as features. 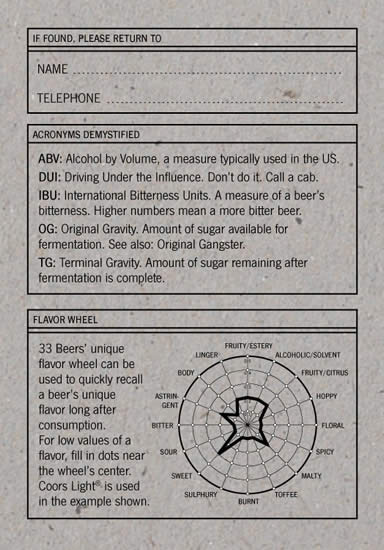