Today’s taste-off is between two wildly different beer styles but by the same NY brewery, Sixpoint. 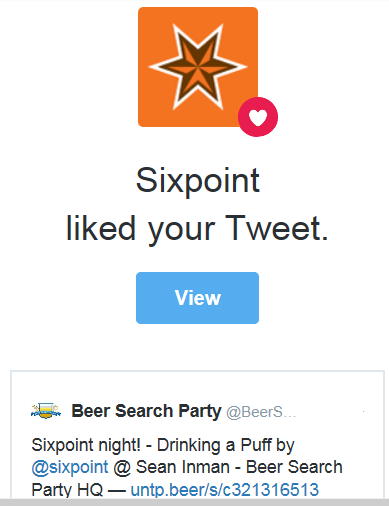 Jammer – “Bygone brewers, repping the Sixpoint star, provided the concept and our friends at Jacobsen Salt hooked us up with the key ingredient. It’s salty, it’s sour, and it’s slammin’. It’s Mad Science.”

Pours a light and clear orange. Good balance of an almost jello powder fruit with a really nice savory taste complimented by a solid sour tang. Very sharp on the palate initially but that fades off quickly.

Puff – “If you love Resin, try tasting it straight from the tanks. That’s PUFF – a hazy, unfiltered pour with an extra dose of dry hops… a new blend devised just for Puff.”

Hazy orange colo. Very dank in aroma. Some pineapple notes. A bit harsh on the tongue before a malt hop one two punch takes over. Harshness begins to grate as it warms. ABV shows up. Too much.

The Result – Jammer in a landslide.