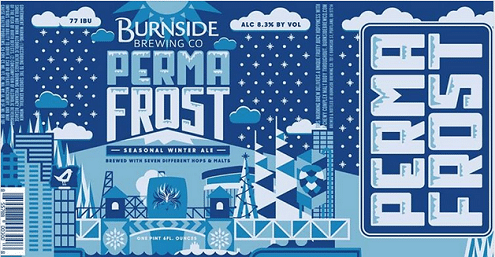 Thanks to industrious workers at Wiegand Family Distribution, we will be getting some more Portland beer here in Los Angeles. This time from…. 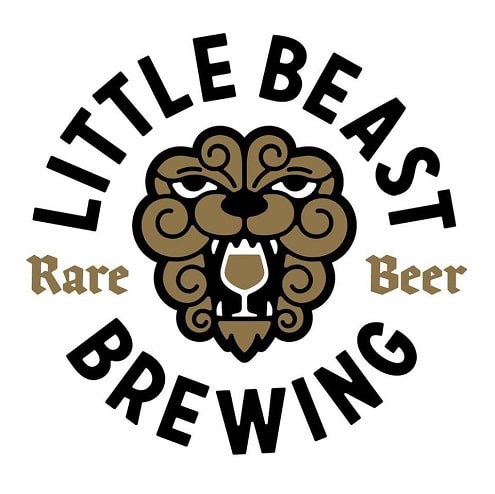 Little Beast has roots in Logsdon Ales and is earning a great reputation. I have yet to have one of their “wild, wood-aged and blended beer” but I am looking forward to when I see a bottle on shelves here.

Bes, in particular caught my eye…”Bes / Tart Wheat Ale. Brewed with Belgian malts, Lemon Drop Hops and chamomile flower then fermented with a blend of unique Saccharomyces yeast and conditioned with Lactobacillus. Juicy, bright and balanced. Notes of pineapple and citrus.” 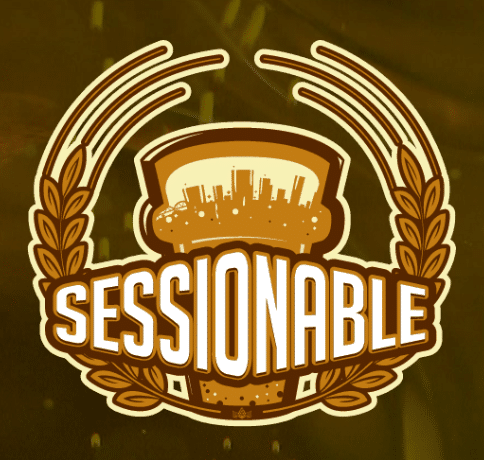 File this post under, What is in Portland but I hope will come to Los Angeles. Sessionable is a pub in the Rose City that serves up, well, the title tells the tale, beers under the 5% ABV.

In a nod to hop culture, there are a few of the 30 taps that are over that mark. Most of the IPA variety with some ciders thrown in brings the total to 17 but that is still not bad.

I personally think that L.A. could support a taphouse with 10 or so under 5.5%. 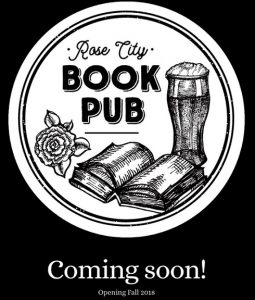 I am a book fan. Love to read. So much so that I noticed that my totals for 2018 seemed way too low. But if I could quietly read with a pint from a good selection (other than home aka BSP World HQ) that would be an additional good thing.

Well Portland might be in the vanguard for me with the IndieGoGo Rose City Book Pub.

Here is the lowdown and maybe someone in LA can do a City of Angels Book Pub. “Rose City Book Pub is bringing together everything that brings us joy: books, beer, and wine, of course, but also community events, music, art, and good discussions. The Book Pub will be a place for people to gather. It will also be a place for people to retreat to a corner to work or read alone while they enjoy our carefully curated selection of beer and wine.” 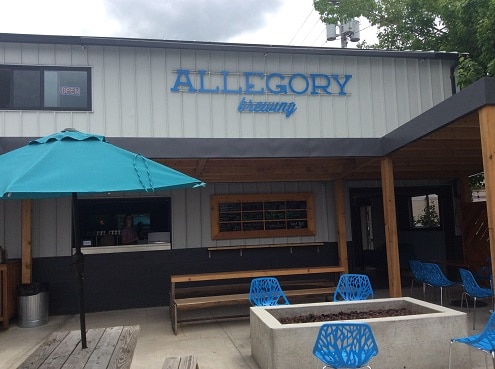 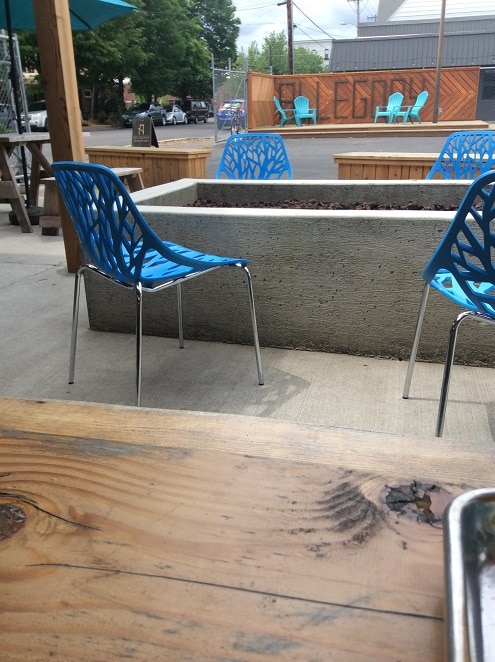 Instead of travelogue, I am going to throw up some photos from my recent 3-city tour of Oregon interspersed with beer lists. 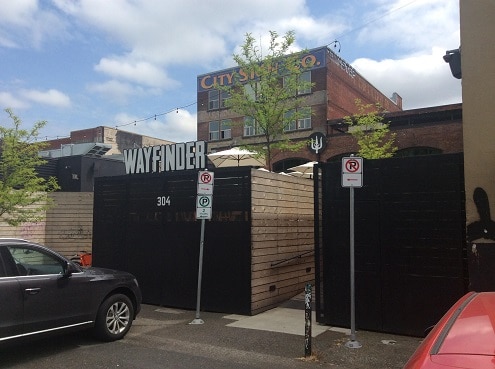 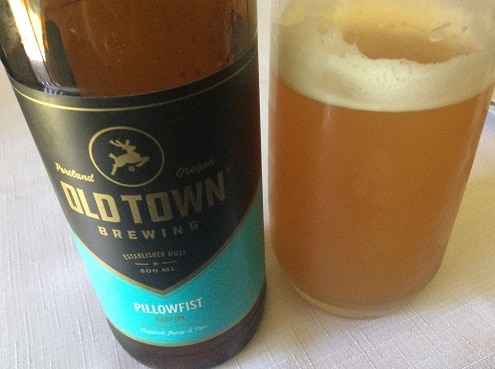 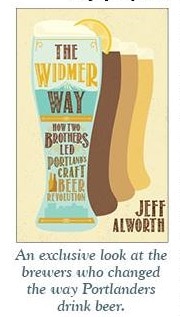 Combined with the soon-to-be-released book on Goose Island, this history that explores the Widmer brothers live and Portland beer history up to now as part of the Craft Beer Alliance fills in much needed information about the old guard of craft beer.

I will be posting photos and additional commentary on my recent trip to Oregon, but here are some initial reactions from stops in Portland, McMinnville and finally Astoria…. 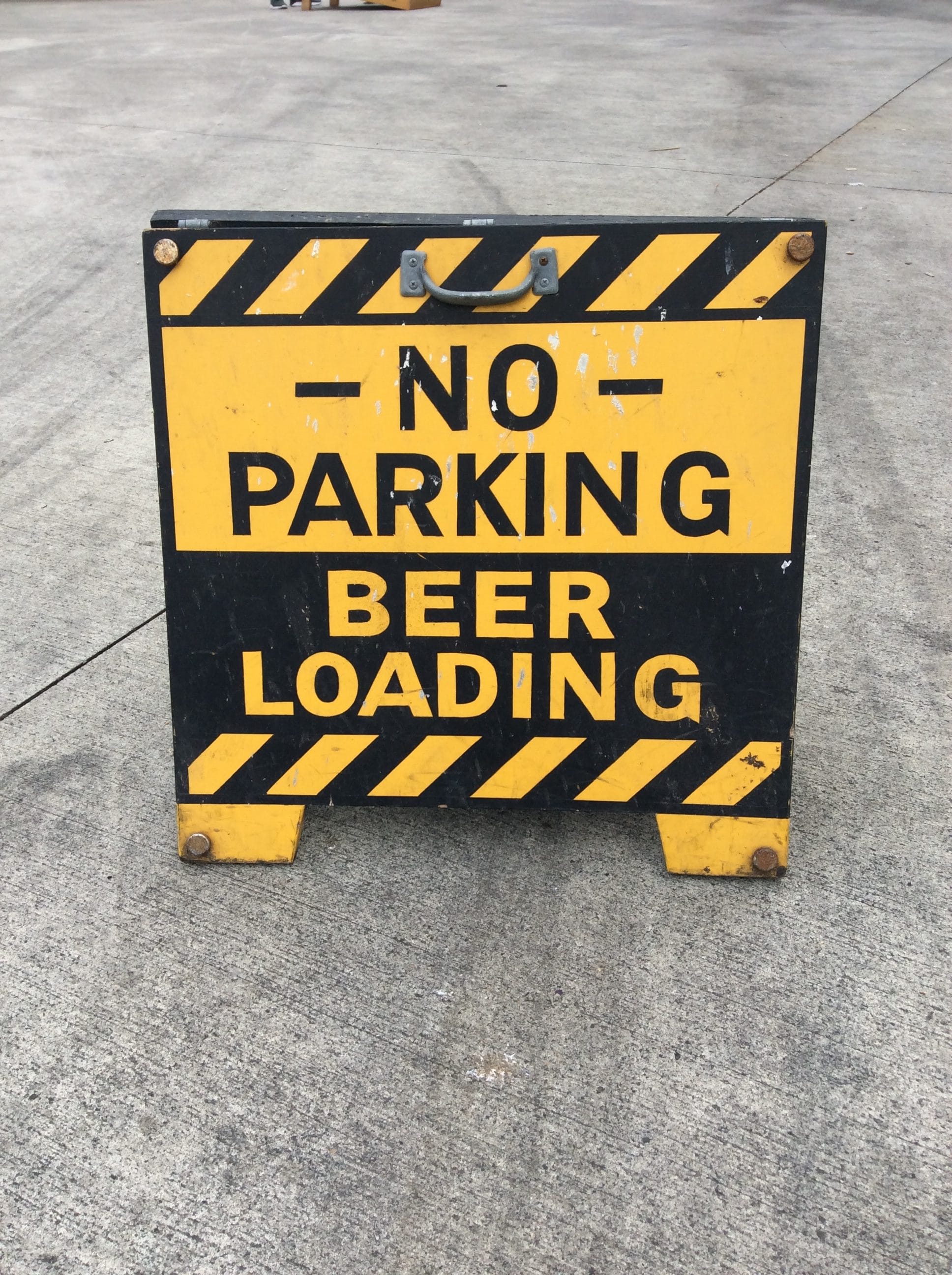 It has been a patio drinking kind of trip. Sitting at Wayfinder beer watching the tables fill up with Portlanders who take every opportunity to sit outside to Allegory Brewing in McMinnville before the UFO parade to the sorta-outside seating section at Fort George. Usually, one bundles up in Oregon but even at the tip top of the state with Washington across the water of the Columbia it has been blue skies.

Beer-wise Wayfinder was strong. Primarily light and tilted to belles and dark lagers with an excellent hefe. I snuck into Beer Mongers for a quick pint and ran across Mirage Brewing of Seattle whose Neon Guts hopped pils was really nice.

From there to Allegory who had nine beers on offer and nary a dud in m6 taster tray of five. They even had a barrel-aged small stout.

Then all the way up the 101 to Astoria. Walking to Fort George, after parking the car a couple blocks from their city block I walked past a distillery, a cidery, a bottle shop and tap house and Astoria’s newest brewery, Reach Break. Typical Oregon.

More Oregon photos and a list of beers drunk in later posts. 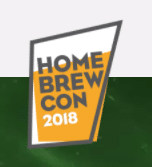 There won’t be any droids or cosplayers or Whovians at the Portland Convention Center in June. But it will be plenty nerdy because the Rose City will be hosting Homebrew Con, also known as the National Homebrewers Conference.

The three-day event will celebrate its 40th anniversary this year this year. There will be “interactive sessions, workshops and demonstrations that cater to beer enthusiasts and amateur brewers of every level.” Plus there will be a keynote address from Charlie Papazian.

The event finishes with the National Homebrew Competition, the world’s largest beer competition.