Well this screenshot should assist…

Before the whole pandemic took over, one of my to-do list items was to have a MacLeod ale and a pizza from their adjoining restaurant. And since the takeout only option has been on the books, I have seen that they seem to be at pizza making capacity many nights. Whether the food delivery people are gouging them is a different story. Now we have a new option…

…hopefully, the beer loving world has learned some cooking techniques in these last two weeks.

Since I was going to be in downtown Long Beach, I wanted to hit up the beer places on my list. Too long on that list was the 4th Horseman from the minds of Ryan Hughes and Martin Svab.

They like their gothic horror which is similar to the past Phantom Carriage brewery but in a more B-Movie horror vibe. Marrying that to pizza and a killer tap list really works. It was a special beer weekend but they still had a great list including a Fieldwork hazy and Ten Mile Brewing.

Plus the pizza, the plain-ish Slayer Pepperoni was up there with the better beer and pizza choices like We’re Pouring or the Slice & Pint. It won best Long Beach pizza of 2019 which is no small feat for a new-ish restaurant.

Plus the strange performance art bathroom shows some whimsy so they have taken the decor to some fun / weird / disturbing levels.

Now you can have some Italian pizza with your English-styled beers from MacLeod Ales. I am liking that breweries are expanding into food. It is the next step in the L.A. craft beer evolution.

Even though Bell Marker is looking for a new home (?), the ABC group and their New Original Breweries are expanding.

I visited under cover of press, the upcoming pizza project from Tony Yanow and crew, California Sun.

Sunset Junction has a new pizza player with a healthy side of beer.  California Sun will be opening for business of February 11th and this has vaulted into the top 3 of pizza places and I haven’t even tried the non Detroit-style pizzas yet.

This ABC Group outpost slots nicely in between the snugness of Tony’s Darts Away and the expansiveness of Mohawk Bend.  It has the vibes of both but also breaks new ground.  CalSun straddles the to-go and eating in line with a large cooler (with cans only) of a wide ranging amount of beers.  The whole layout is fun with arrows pointing the way to the order counter and a zig-zag communal table that can allow for new conversations or to stay insular.

The 12 taps will pour the typical Yanow split of IPA and Non-IPA.  Russian River was seen on both sides with Pliny the Elder and STS Pils and you will see a smattering of New Original beers on tap as well.  The cooler had a little of everything from cider, kombucha, foreign and local beers at a slightly elevated price point but if you are there to get a pizza to go, getting one or more cans won’t hurt, especially if it is something you haven’t seen or want to try.  Considering Flagship February, tall Duvel cans were sighted so that would work especially well with the food.

And the main draw will be that vegan and meat eaters (count me in the latter) will both have pizzas to choose from and some weird ones at that.  (taco pizza anyone) By the slice or whole pies on offer.  The Detroit style had a lovely light bready and carmelized cheese taste to it.  My harsh pizza judge and significant other deemed them excellent which is high praise.  She also wants to schedule a return visit which is another feather in the pizza makers cap.

I was lucky enough to make an early pizza visit to the new El Segundo Brewing, Slice & Pint.

Here are some glamour shots of beer and pizza…

The pizza was really good. The ingredient balance was just right and you could tell that thought had been put into each one. I mean, they tasted a lot of pepperoni to find one that had the right flavor and size and would look good too. The space is really nice. Lengthy, with well defined areas including a spot that could be used for private parties with its own taps.

The next time ESBC has a beer release that I am in the area for, I will probably stop here either before or after. 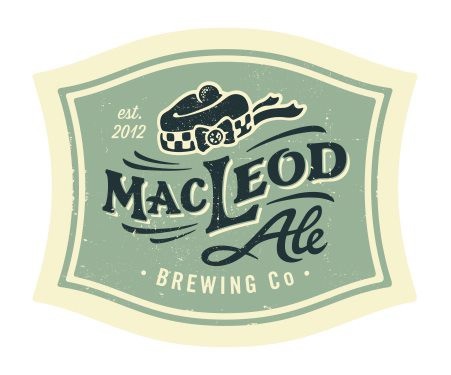 Coming soon, when you are at MacLeod’s for a pint of the cask, you will be able to slide over to a window and get some pizza to go with it.

The next door kitchen will be overseen by chef Bruce Hall (who is also heading up the upcoming 2nd location Ale and Pie Emporium). The window will have slices and salads. Then it is up to us to determine which pizza pairs best with which beer.

El Segundo Brewing is opening a second location but it won’t be too far and the focus will be on pizza (with IPA of course). The new spot in El Segundo will be called The Slice and Pint.

Pizza specialist Noel Brohner will handle the slice side of the brewpub business and though no beer will be brewed on site, it will still be really, really local and most certainly hoppy.

If you have set your timer, The Slice and Pint is expected something mid-to-late summer at 130 West Grand Avenue. 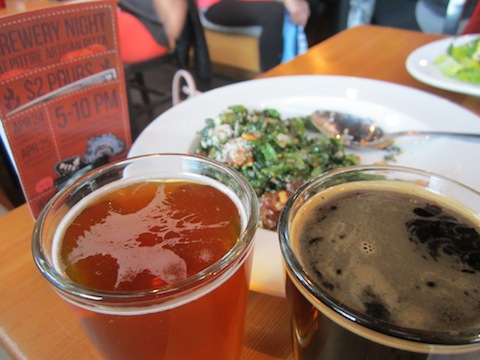 From your salad (in this case, kale) course…. 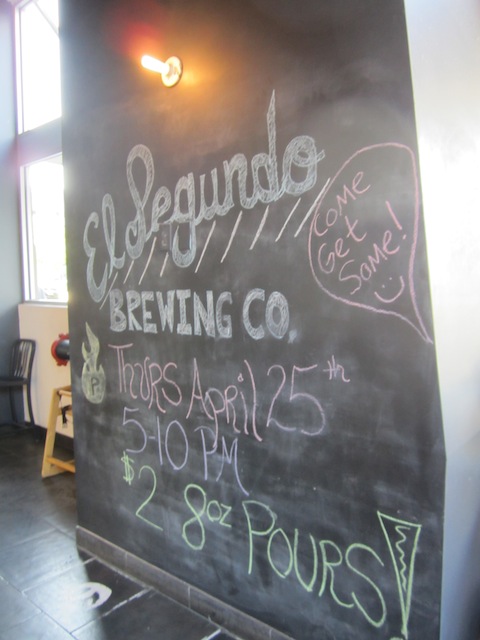 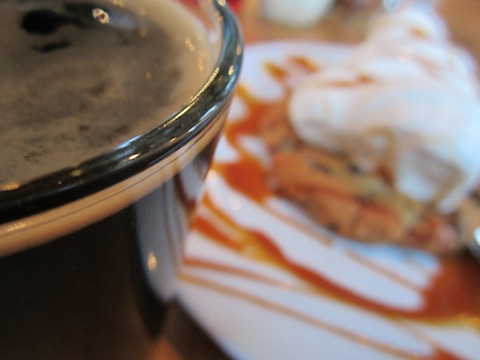 …to dessert, you will read all about Pitfire Pizza in tomorrow’s Food GPS.