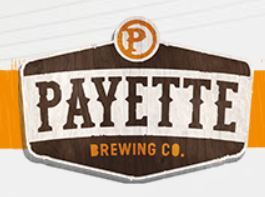 To Boise via Boeing (the airplanes) and Schooner Exact the brewery in Washington State, comes Payette Brewing who I think has one of the best branded beers around in design and name. Western and rugged come to mind. Now on to what I would put into my initial taster tray….
Mutton Buster Brown Ale – “Mutton Buster is a full-flavored, brown ale that’s relatively tame, but fun to ride. Out of the chute, there’s a rich, roasted, nutty sweetness of cocoa and malt on the nose with a mild kick of earthy, hop bitterness that won’t bust your chops. Mutton Buster is dark in color, heavy on the malt flavors, but sessionable for any time of year.”
North Fork Lager – “This American Lager has a laid-back personality and pairs well with just about all edibles. Hops bring a mix of woody, green, floral and fruit notes with subtle herb and spice character. North Fork is a sessionable beer with lower alcohol content for a quick, smooth run. Pack plenty for your post river run refreshment.”
Rodeo Rye Pale Ale – “Unlike a real rodeo, the aroma of passion fruit, peaches and mangos fills the air with this spring seasonal. Rodeo is a single-hop rye, pale-style beer. Citra hops give it a tropical fruit nose and flavor with a spicy, rye kick. This is a sessionable beer, which means this might be your first, but it most definitely won’t be your last Rodeo.”
Slaughterhouse India Red Ale – “Named after Boise’s Slaughterhouse Gulch and its historical meat packing businesses, this brew is as bold and rugged as the miners and packers that traveled its path when it was known as “The Oregon Trail”. This fall seasonal is an India Red Ale featuring Amarillo hops, known for their dark, fruity characteristics. While higher in alcohol by volume, a roasted malt base offsets the hops and balances the heat of the alcohol for a subtle, rich finish.”