Summer might be pilsner weather but it is also tropical weather some days when the humidity hovers overhead. So why not lean into it hard and go tropical and triple…

Pacific Plate has worked with these fruits before. I expect they will get that pineapple to hop ratio right.

Reaching year 8 is great. Pacific Plate Brewing has notched that level now and have released a big Saison in honor of it. Let’s review it here….

Very barrel.  Oodles of wood notes.  Idaho 7 and Cashmere hops? Sure.  The barrel crushes them.  Some Saison spice notes escapes the rum barrel vortex.  But when I think anniversary beer, I want something big.  This is big.  It is only 8.5% but it stops you in its tracks.

You will notice activity in a different spot the next time you visit Pacific Plate Brewing because they have a new drinking space straight across from their brewery on Myrtle Avenue.

There will be music and an art installation and even a climbing wall but what is most significant for the Glendale – Open Arts Music will be the….

Might make for a great explore Glendale day. Or you could condo comparison shop, we have a lot of those. 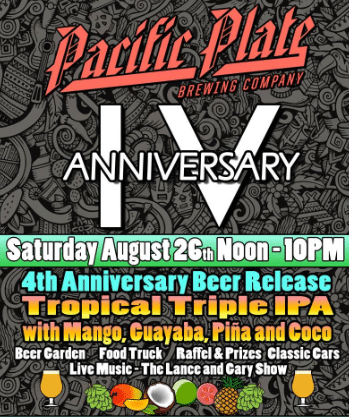 The Monrovia based (with Glendale taproom) Pacific Plate is turning 4 this month. And after an exclusive Mug Club Night on Friday, they will roll out the carpet for the rest of the fans.. 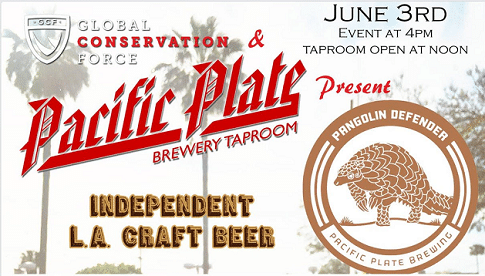 Pacific Plate Brewing is teaming up with the Global Conservation Force to help the Pangolin with The Pangolin Defender, a California Common Beer.

This is the 4th in the series that started with the White Rhino IPA, Earth Shaker Stout and Tall Blonde Hef (for giraffes).

The Glendale taproom will open at Noon and the event will kick off at 4pm. There will be a “Pangolin conservation presentation, a silent auction filled with awesome art and an epic raffle.”

Our next sleigh stop is Monrovia, California and Pacific Plate Brewing for their Belgian take on a Christmas Ale. 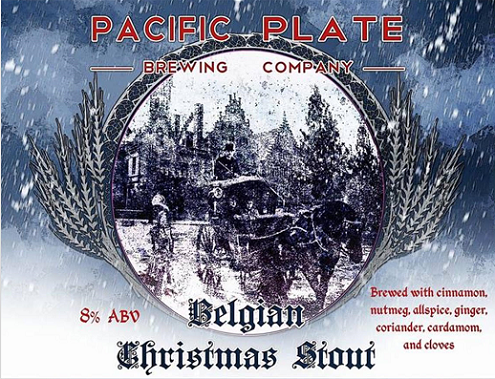 Pacific Plate hosted a holiday weekend, IPA 4th of July. I arrived via the Gold Line which drops you off a mere 4 block from the brewery without the hassle of traveling the increasingly worsening traffic of the 210 East. And I had my beer in time to catch the pk’s of Germany vs. Italy in the quarterfinals of the 2016 Euros. Worst penalty kicks I have seen in a while. Buffon did all he could do in goal for Italy but I have seen grade schoolers do better. 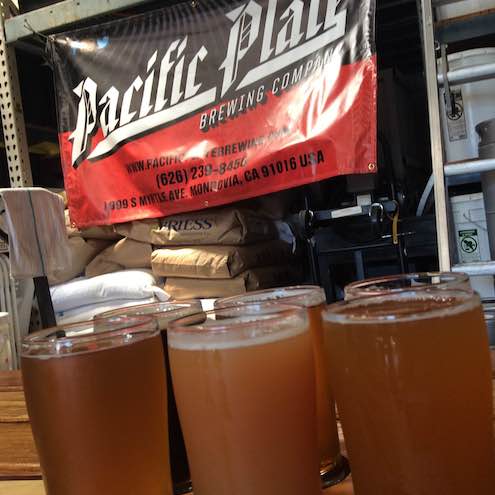 I settled down with the 6 beer flight and jotted down my notes:
Mango IPA – lighter orange not as cloudy as guava. Potpourri a bit. Bitter first.
Guava IPA – wins the fruit IPA cup. Cloudy. Grapefruit. Fruit first.
San Andreas IPA – grassy and a little weird. Not as good as the rest.
South Pacific Smoked IPA – Very smoky. Good balance even though the burnt notes take over.
Widowmaker DIPA – caramel. Sugar. Bitterness comes in at the end.
Black Widow Black IPA – British at first then the hops kick in.

Overall, the Guava is the leader for me with the Black IPA coming in second. With more hop bite, the Smoked South Pacific could sneak into the top three.

Next anniversary for the Monrovia brewery is in August. Number three. 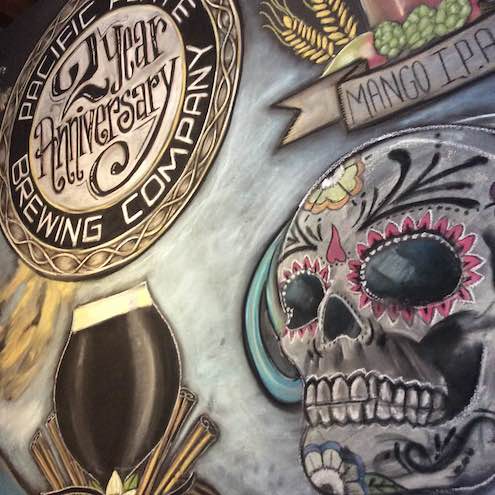 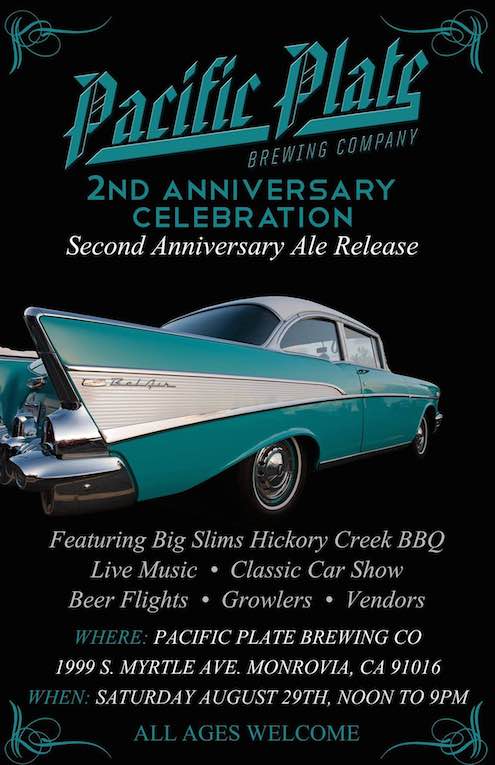 I seriously cannot believe that Pacific Plate Brewing is two years old. But the poster tells me otherwise, so I will believe it. Then I will put that date down in my calendar, as you should.

On occasion, I also write for the great BeerPaperLA.  Yes, it is on actual paper!  (online too, yes)

And this month, I have a small piece and a larger one tucked into the pages.  I give a quick shout out to my friends at Pacific Plate Brewing in Monrovia in one and go on a ride-along with a craft beer rep from Artisan Ales in another.  Let me know what you think and if you have ideas for what I should write about next. 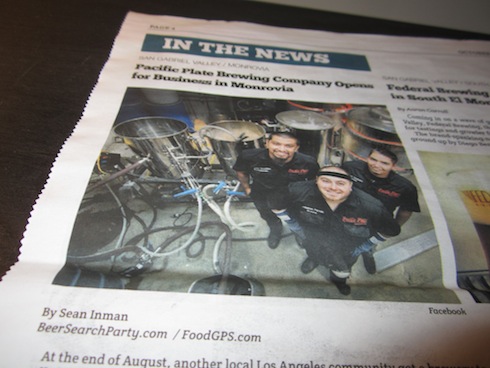 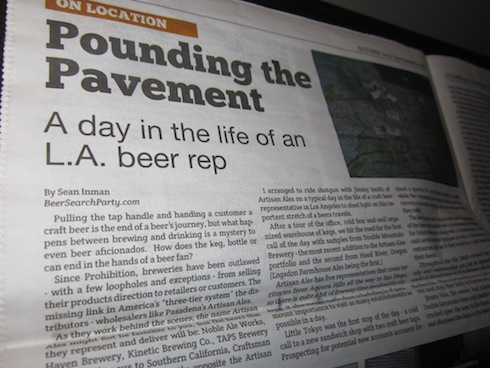 You can find it in better beer stops around the L.A. area!