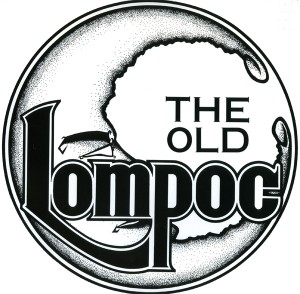 If I could be in two places at once, I would be at the Beer Bloggers Conference and here at the Lompoc too.

“The New Old Lompoc brewery will celebrate its 15 anniversary later this summer in a big way: 15 Beers for 15 Years! A Northwest institution, the New Old Lompoc will host a one party on August 20, the first official day of Portland Beer Week, serving 15 unique and specialty Lompoc beers in addition to its mainstay lineup. Organizers anticipate nearly 30 different beers will pour throughout the day.

The party will start at 11 am in the parking lot of the New Old Lompoc at 1616 NW 23 Ave. The event will also feature a toast to the memory of Don Younger, who was part owner of the brewery since 2000.

Some of the specialty beers scheduled to be on tap include Saazall Pilsner, Pale Ryeder, two vintages of Old Tavern Rat, Vintage Batch 69, 2009 Pre-Dawn Imperial Stout, a few barrel aged beers, additional vintages, at least one firkin, and many more offerings.”

from the brewers at the Old Lompoc….

BOURBON BARREL AGED LSD
Save the date for the next big party – we’ll be releasing our Bourbon Barrel Aged LSD at Lompoc Sidebar on Friday, February 5th from 4 to 9 pm. Brewed in May of last year, this beer was aged in Bourbon barrels for five months and cellared for an additional three. It has a malty body with slight raisin and vanilla flavors. Look for it in bottles and on tap – 8.5% ABV.