Arts District spot in massive Aliso complex that had a Mumford sign for a hot minute might instead get Arrow Lodge Brewing. I say might because too many times, I have seen a liquor application sign posted and nothing happening.

So file this under, hopeful waiting because having Arrow Lodge closer than Covina would be good.  Though it is a tough call as to what is worse finding parking in the Arts District or driving the parking lot that is the 210 freeway.

Staying with news from Beachwood Brewing is this 2022 summer expansion, or as they are calling it…

Three new Beachwood locations, including the already mentioned on this blog…outdoor taproom at 2nd & PCH in Long Beach.

There will also be a brewery and distillery* in Bixby Knolls, Long Beach (*coming soon) (my guess is the open ex Liberation Brewing spot) plus a pizzeria in North Huntington Beach.

That is a lot on a plate.

So, from San Dimas to La Puente, the folks at Feathered Serpent are headed. From the wording, it sounds like they will leave San Dimas and that this is not a second location move.

Beachwood is going to be sliding a new location to us in 2022. Not yet in Glendale unfortunately but at the 2nd & PCH location…

In a recent social media post, Hi-Lo Liquor Market sorta dropped news that they may be growing from the two locations in Culver City and Long Beach to a total of four.

I guess the locations are secret for now, but I do hope that one is Glendale. Hint, hint.

For those youngsters in the room Father’s Office was one of the OG LA beer bars. It also happened to have an impressive and unchangeable burger. Now for a 3rd act, Arts District will get an outpost. (they are slowly moving closer to me). 2020 is your chance to re-acquaint yourself with their excellent beer selection.

Though it has been “soft” open, I waited for the GRAND opening to visit the newest location for Smog City Brewing. I never visited the space in its previous incarnation so it is completely brand new to me.

Once you find the sign for Smog City – West amongst the many in this big strip mall, well off Hawthorne Boulevard, the space is pretty small all told. A square space of bench seating at the window, a few table tops opposite the bar. Very much similar to the original brewery.

This will be focused, at least at first, on the Wood Cellar beers. They may even (eventually) do some brewing here on the little system left over from Zymurgy.

As it stands, I would probably hit the main brewery first when the Smog City mood strikes. It is not a super easy drive down Hawthorne to get here from the north, But those coming from the south may find this to be an excellent location to pick up a taster and then buy some of the fancy sours and saisons that are becoming their calling card. 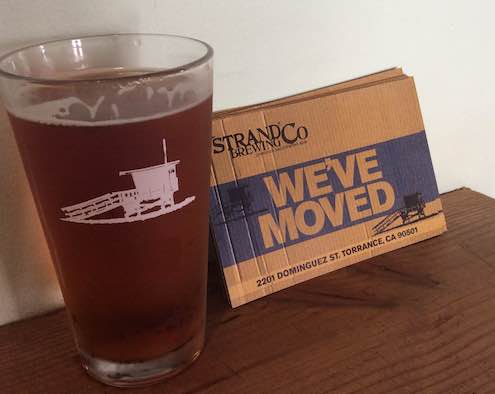 During the final weekend of the old Strand Brewing tap room on Telo Avenue, I and a few others were given a tour of the new facility by none other than the effervescent Rich Marcello.  This last weekend, the new space was pouring beer in a soft launch so I can let the photos out and onto the blog so you can see just how freakin’ big the new Dominguez Street home is….. 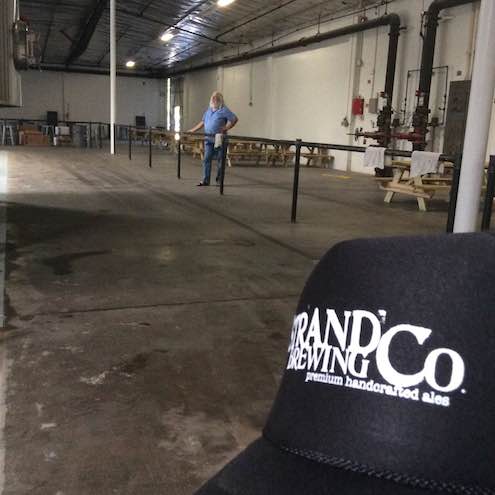 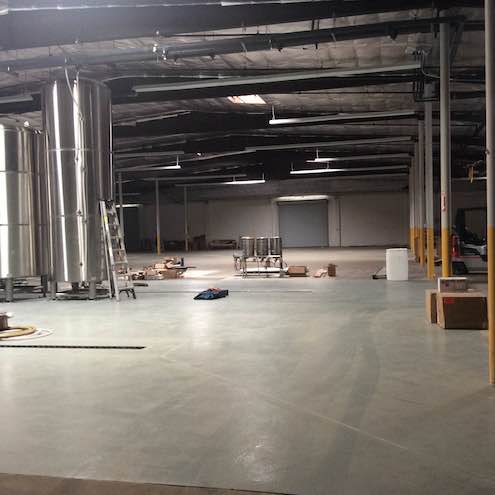 …but there will still be the same Strand touches on the furnishings…. 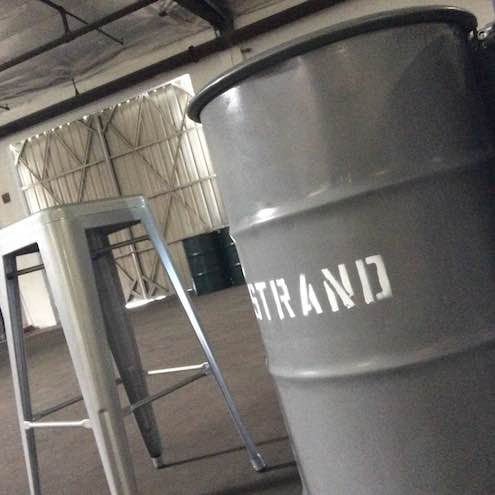 While I was whiling the beer hours away at various spots in Portland, some major SoCal news hit.  Not that I would have scooped anybody but I would feel remiss if I didn’t weigh in on Firestone Walker’s announcement that they are heading to a location in Venice which depending on traffic may still be as far away as Firestone Walker in Buellton.

So it won’t be perched on the canals.  Probably not enough parking for that. But this is where it will be, “The property is located on West Washington Boulevard near Lincoln Boulevard. Adam and David selected this site after more than two years of searching. It’s not a main street or restaurant row, but it’s still accessible.”

The goal being to “establish a third leg along the coast, complementing our existing locations in Paso Robles and Buellton.”  I am all for Firestone being here but it wasn’t as if I felt neglected by them at all.  Part of the joy of visiting them was the excuse to visit the majestic new BarrelWorks in Buellton or hit up Paso and the surrounding sights.  Now will people take them for granted?  To a certain extent, some beers like Solace and regular Union Jack and DBA get short shrift in the rush for barrel aged products and double this and that.

Best case scenario is this new spot becomes the hub for the off-the-wall events like Deconstructed or Walker’s Wild Ride that have been high points in my beer experiences in LA.  Hopefully it can be a center for food and beer pairings.  Sour seminars and the like would be great too.

The best sign about this move is that our fair city (adopted or native) is getting the attention of breweries.