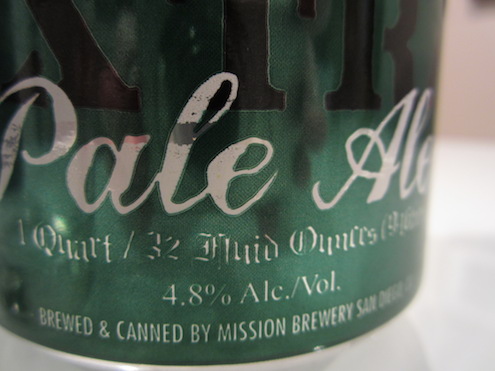 A week back a box appeared on the doorstep of BSP Headquarters with two Mission Brewery beers in it.  I had heard tales of their new “cannon” sized cans but it did not mean the initial sight was less surprising.  Since it came in such a big can (1 quart, aka 32oz), I expected the Conquistador to be huge considering it hails from San Diego.  But to my surprise, this was a quaffable and spot on XPA.  Very well balanced.  You get wheat notes, hints of citrus (mostly orange) and a parting shot of bitterness that fades off nicely and doesn’t damage the tongue.  And it is a lovely light orange color as well with a light fruit aroma.

You could be selfish and drink this yourself since the ABV is a low 4.8%.  But I would suggest sharing with a friend or having 1/2 in the first half of whatever game you are watching and then the rest after halftime.  This size makes them good for tasting events too.  You could get a group of 8 together and everyone could have a solid 4ozs.  Wow, just dropped some math on ya’. 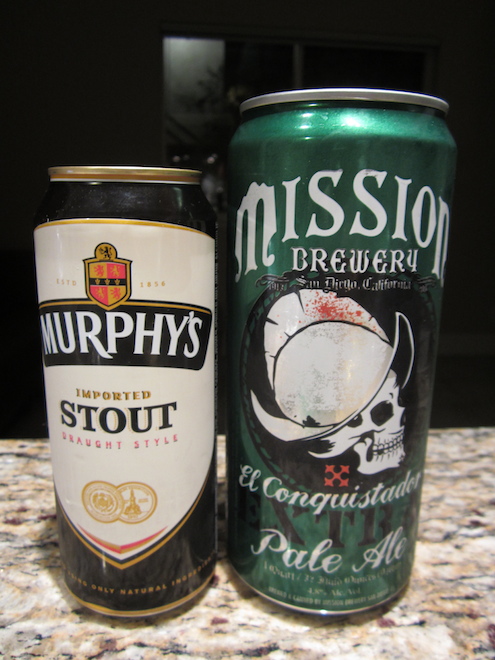 You can ask my wife, but when I love a TV show, I will re-watch it and currently I am re-watching Season 1 of Dexter.  You can make a plausible point that the show has gone on too long and gotten a little trippy at times but re-meeting the characters in earlier times is fun and reminds you where each person was at when this started.