‘What you call “flaws”, I call “interesting and flavourful”. If all the beers in the world were brewed without any flaws at all, this would be very boring.’

To pair with this quote, I can suggest two routes to choose. You can go British and get a Mild like Solidarity from Eagle Rock or get a lovely cask ale from Yorkshire Square down in Torrance.

The other road would be to find yourself some pilsners and do a taste test to see how this beer could be open to flaws showing brightly.

And no, I am not going to tell you to have a purposefully bad beer. That would be cruel.

I remind myself to do this every time I sit at the keyboard with my blog in front of me.

“..obviously, I’m learning all the time, and revising my ideas. Nor did I start with the assumption that I knew better than anyone else. ” 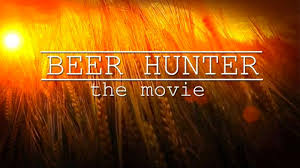 Thanks to the combined efforts of Beer Belly and Smog City Brewing, I was able to view the Kickstarter funded Beer Hunter movie about the beer filled life of Michael Jackson.

This documentary grew out of footage that was shot for the Rare Beer Club that Jackson was affiliated with and that still bears his name today.  The movie travels from Philadelphia, to Belgium, to San Diego and the Czech Republic as he talks with brewers and attends numerous sold-out beer dinners and signs many copies of his influential book, The World Guide to Beer, and of course drinks beer.

If this movie was about someone who I didn’t know anything about, I don’t think I would recommend it.  It seems rather poorly shot at times and the sound quality is all over the place.  You really have to strain to hear what Jackson is saying throughout the film (more subtitles please).  At first, I thought it was the acoustics of the brewery space that the audience was in but other talking heads in the film come through clearly.  Taking footage from so many sources really makes the look of the movie suffer .

My documentary gold standard is Ken Burns and specifically, his Prohibition series.  And this doesn’t have the same solid structure or mixture of interview subjects.  It would have been great to have footage from other beer writers like Pete Brown in England or Jay Brooks here on the west coast.  More Charlie Papazian wouldn’t have hurt either.  And it was odd to see an extended scene with the great Randy Clemens dropped into the end credits and not have had him show up in the main movie.

It was great to see Jackson’s writing and beer lair and his local pub and the tributes after his death were touching but I came away feeling that the definitive Michael Jackson documentary is still out there waiting.

Have you had a Czech IPA?

Well check out this description from the Rare Beer Club: “This month, The Rare Beer Club™ is featuring a craft beer from the Czech Republic that was made just once and is available exclusively to its members. Even more exciting is that it might represent the creation of a new beer style. Although “one-offs” don’t generally qualify as creating a style, we sincerely hope it to be the case here since “Czech IPA”, if anything like this beer, would be a welcomed addition to the various styles currently defined. So, who’s behind this very unusual brew? None other than Michael Jackson himself.

It was with a heavy heart and a feeling of gratitude that we first sampled Kocour IPA Samuraj as it was a beer Michael encouraged the brewer to create. Sadly, he never got the chance to taste what may be the Czech Republic’s first IPA, but we still feel a strong sense of respect and celebration with the feeling that Michael was reaching out from the afterlife to turn us all on to yet another great beer.”

Alan Sprints has crafted another special release celebrating a great beer advocate. This time it’s a Flanders Red with the name of Michael. Since, it’s an HoD beer, I fully expect it to be the most complex red ever.

There will also be a release party today where you can also get this rare beer…Matt, a bourbon and apple Eau de Vie barrel-aged sour originally designed to commemorate Bottleworks’ (Seattle) tenth anniversary.