I am always on the look-out for new local-ish breweries and when I saw cans from the new Garage Brewing Co. on shelves, I picked up a pair to review. We start with their entrant to the over crowded IPA category.

Inline
Nothing particularly wrong here. Earthy hops. Little rye type spice action. Overall just not much there here. Pours a clear light orange. Almost close to DIPA strength. Packaging evokes metal and not garage to me. The can says citrus but that is not coming through. 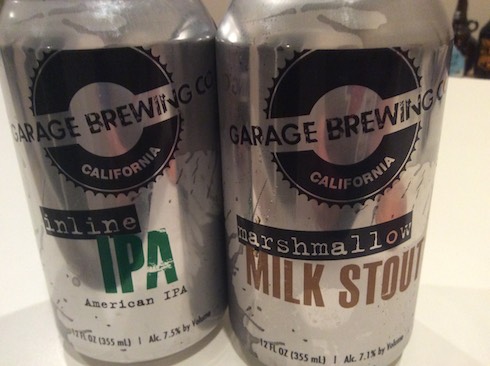 Marshmallow Milk Stout
Pours a jet black color. This really captures marshmallow. It is quite sweet but that is what marshmallow is. Lighter in alcohol than the IPA. Little bit of chocolate here. Sweetness is the star of this show. The lactose packs a punch.

So, one out of two, which isn’t bad for a growing brewery. Especially when you consider that a great IPA is a one in a million shot and most land squarely in the middle. From these two cans, I certainly would not hesitate to try the third beer.