The second stop of the short month is to Livermore and Shadow Puppet Brewing Company from whom I received a Strong Beer Sampler Six-Pack. Two of whichever I have already tasted and have ranked higher than average especially for a brewery that I knew nothing about.

But let’s talk some of their lighter beers today…

Cinch Vanilla Cream Ale – “Very light with a smooth drinkability at the forefront w/ hint of vanilla on the finish.

Over the Rubicon Blonde Ale – “A light, refreshing & flavorful blonde ale with notes of citrus & melon.” 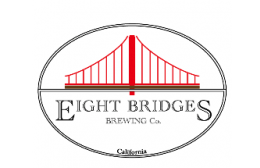 So, no Livermore beers were seen at L.A. Beer Week.  To be expected, a couple are still fermenting.  But maybe in a few years time, we will see places like 8 Bridges Brewing down in L.A. for at least a tap take-over.

Because I would like to try out these two beers when they become available….

Our Brown Ale was designed to be better than Newcastle and from comments we’ve heard, we succeeded!!!  While drinking this beer you’ll notice its flavors tend towards raisin, molasses, nutty and caramel along with the typical English hop flavors.  This full bodied ale is malt forward with low hop aromas.

Josef Groll, the “Father of Pils”, energized the beer world by making the first pilsner in 1842. Our intent in designing this Pilsner is to do the same by bringing more flavor like a good German Pilsner has but with a little bit of a California twist.  Our Pilsner has the typical Pilsner taste but has a stronger flavor which is achieved by using multiple malts and increasing the hop presence.  The aroma is Malt dominant but the addition of hops late in the process gives a broader hop flavor to the beer.  This Pilsner is a crowd favorite where ever we go!

Our second stop in Livermore, California is at the Veteran Owned, Brotherhood Brewing.  This is a group of veteran marines who have moved into the brewing arena.  And I personally think it is beyond cool that are armed forces even realize, as they put it that, “American zymurgy has consisted of lifeless, thin, unimpressive beer.”

Oh and that they “aim to change that!”

According to a semi-recent Facebook post, they are in the talking with the city phase that also involves finding just the right landlord and location.  Then soon we can all taste their Steele Curtain IPA and Loblolly Porter.

I will update their status when I learn something new. 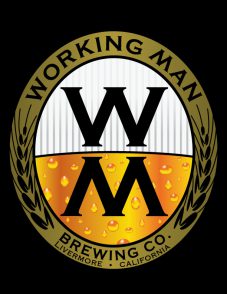 There has been a burst of brewing energy in Livermore, California which is located on the eastern edge of California’s San Francisco Bay Area. So this month, we highlight three breweries that are both open and soo to open and we start at Working Man Brewing.  And let’s jump directly to the beers with the first two being tapping into the brewery’s theme.

5.2% ABV 28 IBU’s Belgian style beer with wheat, barley and oats for a smooth malt character. Additions of elderflower, coriander and orange peel give this traditional wheat beer a spicy character.