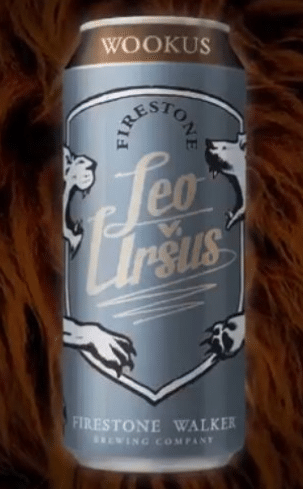 I know that there is only a passing familial resemblance between Wookie Jack and the upcoming Leo V Ursus – Wookus but it is good to welcome a beer back that has been absent for a while. Even if the recipe is updated for the times.

And I am even more excited to hear that a Firestone Walker canned lager will be coming in 2018. And the next Leo v Ursus has also been announced, Doublis. 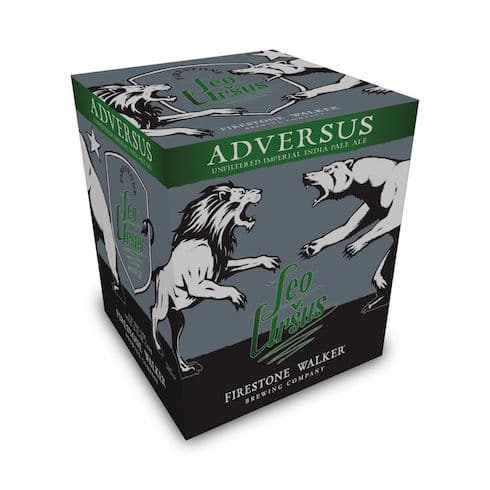 ombining the aggression of North American hops with the tranquility of traditional pilsner malts, the next release in Firestone Walker’s Leo v. Ursus Chronology achieves the improbable: a big, bold beer made for summertime sipping.

Adversus—an unfiltered double IPA—is set to be unveiled at all Firestone Walker locations this Saturday, and will roll into Firestone Walker’s national markets for a limited time starting next week.

“We’ve always wanted to use a light European-style pilsner malt for brewing an IPA, and this was our opportunity,” said Brewmaster Matt Brynildson. “Some of the more delicate malt nuances might be lost because we are hopping the bejusus out of this beer, but the pilsner malt still provides a certain palate levity that is fitting for the summer season.”

Adversus marks the second release in the Leo v. Ursus Chronology that was launched in late February. The chronology is composed of limited one-off beers released on a quarterly basis. Adversus will land in different Firestone Walker markets at variable times this June in both draft and 16-ounce can (four-pack) formats. It will be available for a short period before yielding to the next release in the Leo. v. Ursus Chronology.

“Adversus is high on aromatics, balanced in bitterness and relatively light in color owing to the pilsner malts,” Brynildson said.

Adversus is prodigiously dry hopped with a blend of Pacific Northwest hops, with an emphasis on Ekuanot—creating an intriguing aroma profile of stone fruit, pineapple, mango and pine resin. There is also a pungent element that creates a suggestion of, in Brynildson’s words, “dank piña colada.”

The hoppy character is balanced on the palate with a sense of dryness rooted in pilsner malts from Gambrinus Malting, a small malt house in British Columbia managed by Matthias Haaben.

“For me, it’s the most authentic pilsner malt malted in North America,” Brynildson said. “Matthias is a classic German brewing school graduate, and everything they do is very artisanal in style and method.”

He added, “The touch of dryness is what distinguishes Adversus. From the nose, you might expect something stickier, but instead you get this soft, refreshing finish.”

We start our featured reviews with the first beer in the Leo Vs. Ursus series. AKA Chronology. AKA Fortem. This series of rotating beers follows on the success that Firestone Walker has with Luponic Distortion.

Here is how the brewery describes the canned beer: “Fortem is a new-age imperial IPA that draws upon a range of influences, all while exhibiting DNA from our own forays into the IPA style. As such, it blends newer hop varieties from the Pacific Northwest and Hallertau, Germany along with pale malt, wheat malt and flaked oats for a full body and rounded mouthfeel. Fortem has been left unfiltered for a full hop impact.”

Pours a clear peach orange color. Stone fruit and caramel in the initial taste. This doesn’t taste hefty like some triple IPAs but it certainly isn’t a sneaky high ABV beer. As it warms some grape notes start to emerge. Has a touch of silkiness in the mouthfeel without sacrificing bubbly carbonation. I feel like this series could be the stronger brother to the Luponic Distortion.

Back a few posts, I briefly mentioned a new series from Firestone Walker with the name of Leo v. Ursus. Lion v Bear. Now the information on the first release in what is being called a Chronology is upon us.

Fortem is an unfiltered imperial IPA. 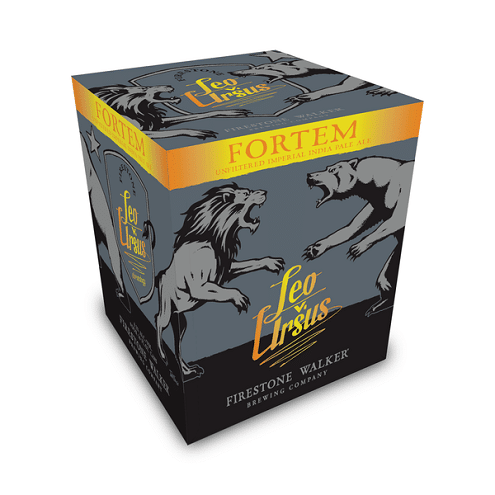 Here is the press release info on the beer: “The intent of Fortem is to achieve power through balance, delivering amped-up aromas and mouthfeel while keeping bitterness on a leash. It blends newer hop varieties from the Pacific Northwest and Hallertau, Germany along with pale malt, wheat malt and flaked oats for a full body and a rounded texture.”

Future installments will probably be hoppy, might even come from fan “wish lists” but should have “unifying threads”. So, don’t expect a low alcohol Belgian single.