Brouwerij Lindemans has reached a really major milestone and has a new beer made for the special occasion.

“To celebrate our 200 years of existence, we present to you our exclusive anniversary Cuvée: Oude Gueuze Anniversary Blend 2022 “Cuvée Francisca”. After a spontaneous fermentation, this 4-year-old lambic and young lambic aged in oak moths refine in bottles for 12 months.”

The brewery continues, “…the ancient Cuvée Francisca unveils a flavor of agrum and oak as well as notes of vanilla, combined with a sherry aroma and a refreshing acidity. An ancient dry, complex and perfectly balanced gueze.”

Wine grapes are practically everywhere in beers. Maybe a side effect of the fruit beer craze that we are in. But this recent quad of Lambics from Tilquin looks great. The Pinot Noir version would be my top choice.

I do not know when this beer came about, if it’s a retired beer or if it is being sold in the US but when I saw that Guinness spun two of their beers into a blend with Timmermans of Belgium, I really wanted it.  This Lambic meets stout is a mix of Guinness West Indies Porter (1801), Guinness Special Export (first brewed in 1944 exclusively for John Martin) and Timmermans Oude Kriek (the world’s oldest lambic brewery).

The description from the Timmermans website sounds delicious, “A unique dark beer with a subtle pink hue in the foam. Aromas of chocolate, oak & cherry. Full flavoured and beautifully balanced.”

Are there beers that just can’t or shouldn’t be in cans? Apparently the British
Chorlton Brewing Co. started to go down the canned lambic track but then reversed course saying, “popping the cork on a bottle of lambic is part of the experience and justifies the high value of the product.”

I understand that a style may either not be able to hit the needed carbonation level or wouldn’t be able to condition correctly if put into a can but as someone who has both won and lost battles with corked beer bottles, I would not think twice about popping a can of lambic. The defining factor for me is the beer inside.

I would however love to see a Brut IPA in a champagne style bottle. Preferably green. 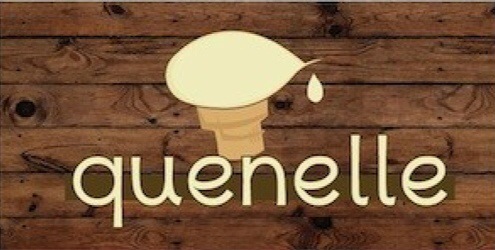 Good ice cream much like good coffee gravitates to craft beer. Which is why you will see Scoops and Coolhaus doing beer ice creams.

Well you can add another one to the list! Quenelle which is just a few blocks from Tony’s Darts Away on Magnolia Boulevard in Burbank makes three quite good beer desserts.

Chimay was a simple take with no additional ingredients at all. Just the nice taste of the beer. You got both the beer and ice cream flavors. Which can sometimes elude some desserts where the beer can get lost. Next was the peach lambic which was nice and tart though light on peach. But again definitely beer-y and I liked the sharpness of it.

The friendly folks behind the counter sensing my beer nerdiness also grabbed a taster of grapefruit pale ale ice cream which was bursting with citrus and had a touch of hops in the back. Quite refreshing.

They have other non-beer flavors as well as popsicles so check them out.

What I don’t know about lambics could fill a book. That’s why I will be asking for this… 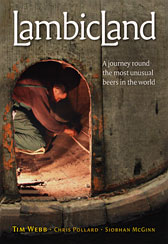 …for my birthday or Valentine’s Day whichever works!

Go to the great Books About Beer to pick up your copy.

Let me confess two things. One, I much prefer lambics to sour beer. Two, I still have not had a Faro, especially the one from Boon that sounds damn good. I guess that I need to get off the porters one night and IPA’s the next and get a bottle of the Faro.