Here is a “fall back” way to show your support for all Los Angeles breweries, the LA Brewers Guild Fall Rally glass!

Adorned with all the brewery names this glass is only available for a limited time and each glass purchased helps support the Los Angeles County Brewers Guild.

Unity is back! After a forced hiatus, there is a new Guild beer. Loaded with Talus and two forms of Cashmere hops, Common Space with help from others, of course has chosen a hoppy pilsner.

Guava, white nectarine and Asian pear are the adjectives summoned by the brewery and, to me, the pear notes come through the strongest. Unity pours a super clear yellow and has what I consider a “wet” character. Not slick or bubbly. It seems more lager than pilsner to me. A little more filling. Naming aside, this beer has a really good bitter to beer style balance.

“The Los Angeles County Brewers Guild (LABG) is proud to announce the formation of the McFerren Fund for the advancement of women in craft beer in memory of LABG Founding Member Rob McFerren who passed away in December 2020. Rob McFerren was a pioneer of the L.A. craft brewing industry, founding Wolf Creek Brewery and Restaurant in 1996 with his wife and co-founder Laina McFerren. Rob was an incredible advocate for women in the beer industry. His immense support of his wife Laina as a board member and President of our Guild was palpable. As a proud father of two daughters, Rob’s devotion to the empowerment of women came from the most genuine place. We could not think of a better way to honor his memory than to create a special fund within our nonprofit dedicated to curating professional networking and development opportunities for women in the beer industry.

The McFerren Fund will be a special financial allocation earmarked in our organization’s budget for professional networking and development programming. Donations are accepted and sponsorship opportunities will also become available. An initial goal of the fund is to work hand-in-hand with the LABG’s mission to increase efforts to promote diversity, equity, and inclusion in the craft brewing industry.”

We all could probably use some new clothes especially as we re-venture out into the world and the Los Angeles County Brewers Guild has you covered with two new shirt designs.

Auctions are usually stuffy events or filled with fast talking auctioneers. But this year you can bid on fun LA beer stuff. Visit a hop farm, buy special beers or get your face on a can. You have until December 23rd so start your bidding right HERE.

It can feel, at times, that everyone is asking for help. And they are. When oil companies are feeling the pinch and park freighters off the coast of California, you know that economics have been upended.

But this is even more important than the price of gas. The L.A. County Brewers Guild normally makes their year off one big event plus a few other smaller endeavors throughout the year. But there ain’t gonna be a big bash to celebrate the Beer of Los Angeles which leaves a tanker sized hole in the budget.

So, you have four ways to help. Shirt, hoodie, membership or putting some change in the tip jar. Click HERE to pick which one you can.

Yorkshire Square is bring their ode to the cask back in 2019. Cask’s Not Dead Fest, will have real ale from over 30 of your favorite California breweries on November 9th.

Need a reason other than cask + the brewery list? Well proceeds go to the Los Angeles County Brewers Guild.

Come for the Concert. Stay for the Drinks.

This Friday, December 1st stay casual after work with the music of Bernstein as performed by Hillary Hahn.

After the concert which is described as a “fascinating concertante work, inspired by Plato’s discourse on all aspects of love”, enjoy a complimentary beer tasting sponsored by the L.A. County Brewers Guild.

In the extreme heat, I went to Carson for my 1st (?) L.A. Galaxy game as they took on the Rapids of Colorado in a battle of the bottom of the Western Conference of the MLS.

But, of course, I had to have beer beforehand and it just so happened that the L.A. County Brewers Guild was on hand with a mini-festival of great #independent beer.

Here are some photos from the day…. 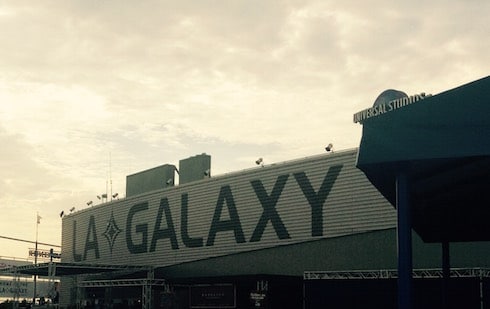 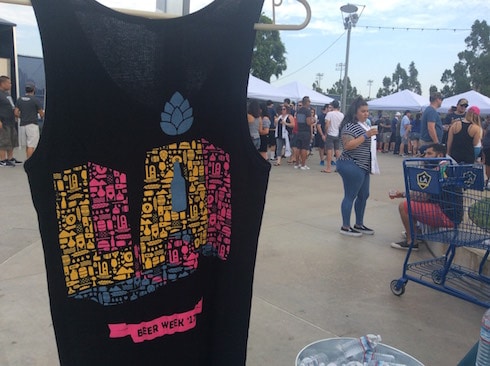 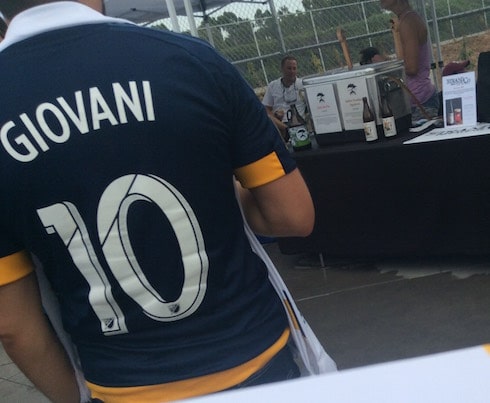 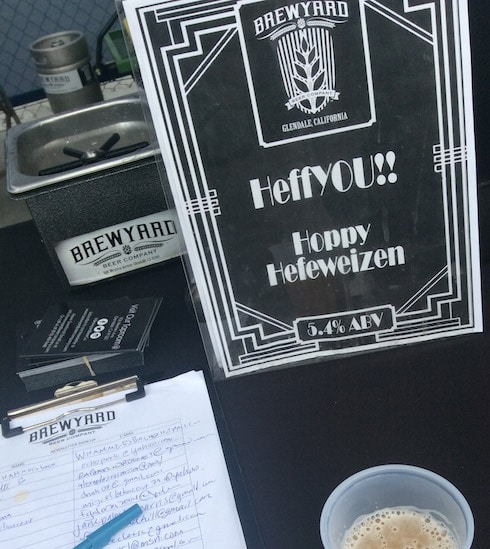 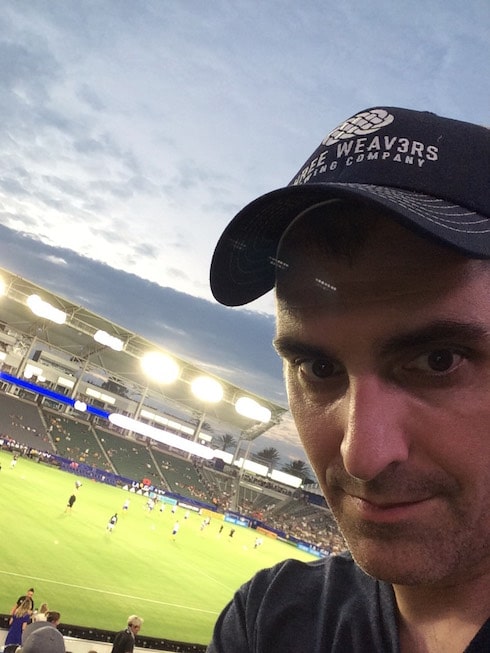 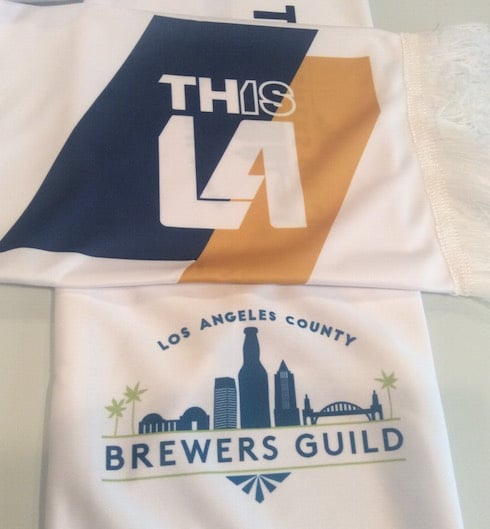 A few posts ago, I excitedly gave you, the craft beer fan, info on a little fest between the L.A. Galaxy and the L.A. County’s Brewers Guild.

Fast forward to today, when I get an e-mail from our local craft beer leader, Frances Lopez with this……

“Due to some unfortunate circumstances beyond our control, the Los Angeles County Brewers Guild has decided to withdraw from the previously scheduled Cheers & Beers event which was to take place at the StubHub Center on May 6th. While we appreciate the generosity of the teams at both the L.A. Galaxy and Levy Concessions and their efforts to make this dream event a reality, new requirements to include brands that do not meet our Guild’s definition of “craft beer” have unfortunately caused us to pull the event which would have featured over 15 small and independently-owned L.A. Brewers. The event’s goal was to showcase our brewers, fund raise for our 501(c)(6) nonprofit, and support our local MLS team. We worked on every logistical detail with their team and were excited to bring this event into fruition for beer and soccer fans alike. This “craft vs. crafty” road block however, was non-negotiable.

It is a very volatile time for craft breweries these days with increased M&A activity, unfair trade practices, and a bevy of hardships upon our many small business owners. Despite it all however, the Los Angeles County Brewers Guild aims to uphold our mission to advocate for our local independent breweries. We strive to nurture our community; bringing our brewery members, allies, and affiliates together to create the kind of world-class beer culture Los Angeles deserves. Our Guild does not take our core values lightly and we refuse to bend our ideals and compromise the integrity of our organization.

In an ideal world, venues large and small would throw their support around local brands. We are working very hard to bring that narrative to the table so that the community that we all care so much about can thrive. We take great inspiration from our neighbors in areas like San Diego, Portland, and Denver who have helped move the needle in terms of supporting local breweries and the unique and amazing culture they bring. While the cancellation of this event may feel like a set back, we hope that you, our dear craft beer supporter, will help us fight the good fight by continuing to support your local breweries and tasting rooms, attending events, and asking your favorite bars, stores, and restaurants for #labeer.

We sincerely apologize to any supporters who planned on attending this event and to our brewery members who were scheduled to participate. In the meanwhile, our Guild will be focused on bringing you an epic L.A. Beer Week to celebrate our 60+ independent craft breweries in Los Angeles County and the hundreds of craft brewers from all over the world who support and share beer within our region.”

So, SABInBev played their sponsorship card knowing that they would win no matter what. They would get to either pour their industrial corn pop water alongside actual beer or the event would be cancelled.

Thankfully, this blog does not have to be diplomatic. I could suggest to boycott Bud/Golden Road beer purchases at StubHub without any need to sugarcoat a shitty power play. I could suggest that people pour Golden Road 329 Lager into a toilet on March 29th despite what it would do to the porcelain.

But what I really suggest is for you to keep buying craft beer and the best way is to go to a L.A. County Brewers Guild member brewery taproom while the Galaxy are playing on May 6th and make sure that you comment on social media that you are NOT at the game, that you have chosen to spend your hard-earned money at a local business instead.

L.A. stands with Oakland and Sacramento!