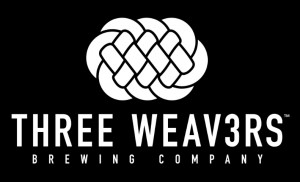 Three Weavers Brewing Company has been busy and will be getting busier as it prepares to open sometime this year.

They (Lynne and Alexandra) have participated in three collaborations: “Two with Golden Road Brewing, one exclusively for the United Kingdom in a series that brings the best craft beers from America and the second, a Stateside version called Cross the Pond. The third collaboration (The Messenger) was with Noble Ale Works to celebrate their anniversary earlier this month.”

If you haven’t tried their collaborations yet, they will be at the Glendale Tap on March 6th and tentatively at Cinco (Playa del Rey) March 7th to celebrate kicking off the Campaign.

PS – I am now waiting to try the beers and will report back in a PSS.

PSS – I tried both and I really dug the Messenger.  Had a nice bitterness backed by what I can only describe as lemonade notes.  The Cross the Pond tastes very much part of the Golden Road family but is a welcome addition to the Session IPA trend,  if you can find either, I suggest you try it.

I first ran across Nick Gingold and his brewmaster photographs at the Firestone Walker Invitational last year.  Yes, it was in the shade of that scorching day but the artwork was quite stunning and I liked seeing the brewers behind many of my favorite beers and now….
“California BrewMasters is a coffee table book in the making featuring interviews and portraits of some of California’s star brewers. Over 45 in total up and down the state! In these interviews you’ll get to meet the folks responsible for some of your favorite California brews, learn about their brewing history, philosophies behind brewing, home brew tips & tricks, thoughts on the industry and so much more. We photographed each portrait on location at either the brewery or surrounding communities to bring you a look at where these brewers live and work.”

But here is the “kicker”,  Gingold needs a successful  fundraising campaign on Kickstarter.com to make the book a reality.  Make a donation and we can all see our beloved Cali brewers memorialized in book form.

With the unlikely selling name of PicoBrew, this automated home brewing system may tempt many a person into the brewing at home game. As they call it, “the espresso machine of beer”.  Technology is advancing to the point where even I might be able to brew at home. 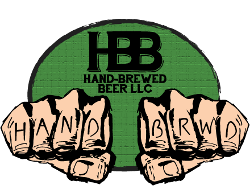 Looks like the San Fernando Valley is tired of having to drive either N-S-W for their local beer.  We have another Kickstarter in process from Hand Brewed Beer.  And before you think it is one of those bespoke type of monikers.  One of the principals does have the last name of Hand.

I had the opportunity to talk to the Hand, as it were, with the rest of the L.A. Beer Blogger group on Sunday and I can’t urge you enough to kick in because their campaign is almost up and they are still needing some funding.  And I think they are worthy.  They have a Maltose Falcons pedigree and some solid backing and a consumer base that could use a local brewery or three.

A couple of their beers caught my eye and should get you to pony up some coin to help outfit their (in the future) tasting room in the Chatsworth area.

The Vanilla-Raspberry-Bourbon VRB was a smooth and creamy beer with a nice spirit kick in the back.  Like a raspberry creamsicle with a splash of bourbon.  I also enjoyed their Erudite Wit which was bright and clear and is one of the better Wit’s that I have had recently.

They have a nut brown ale, an IPA and a pale in the rotation as well.  And if you are into spice, they have a serrano pepper infused IPA that I thought was too much on the pepper and not enough IPA.

So I typed this: Only a few days left to help out bringing another beer related Kickstarter to fruition!  And the next day, before I had a chance to finish the post, the Kickstarter fully funded!  I would like to say it was the BSP Bounce but I think many people wanted to see what new recipes Lucy Saunders has up her sleeve.

So now, if you haven’t already gotten a book via the crowdfunding, you can find it later via bookstores (live or virtual).

1st – Check out this Kickstarter video

2nd Find their beer before anyone else at these events:
JULY 5    Grand Performances – Nina Simone
JULY 13  NELA Art Gallery Night
JULY 14  Permaculture Networking at The Shed

If everyone pitches in, we could be having their beers by the end of the year!

The May Session is hosted by allbrews from the San Francisco Bay area.  And here is the topic…..

“Like sandlot baseball players or schoolyard basketball junkies, many amateur brewers, including some beer-brewing bloggers, harbor a secret dream: They aspire to some day “go pro.” They compare their beer with commercial brews poured in their local pubs and convince themselves that they’ve got the brewing chops it takes to play in the Bigs. Some of them even make it, fueling the dream that flutters in the hearts of many other home brewers yearning to see their beer bottles on the shelves at City Beer or their kegs poured from the taps at Toronado.

Creating a commercial brewery consists of much more than making great beer, of course. It requires meticulous planning, careful study and a whole different set of skills from brewing beer. And even then, the best plan can still be torpedoed by unexpected obstacles. Making beer is the easy part, building a successful business is hard.

In this Session, I’d like to invite comments and observations from bloggers and others who have first-hand knowledge of the complexities and pitfalls of starting a commercial brewery. What were the prescient decisions that saved the day or the errors of omission or commission that caused an otherwise promising enterprise to careen tragically off the rails?”

Full Disclosure: I have ZERO, NONE, experience with starting a commercial brewery.  That being said, I have noticed what separates the successful from the less so.

Of course sucess can be attributed to many factors. A flagship beer that flies off the shelves. Location: both the physical building and the proximity to willing customers. Great branding and marketing. Loud and obnoxious marketing. The beer quality can (and does) vary from great to better than Bud.

But failure, from my safe perch of blogging, primarily comes from being disconnected from your customers.  And a brewery has many customers.  Their distributor, bar owners, beer drinkers to name the three biggest.

A brewery casually disregards any of them at their own peril.  A perfect example of this disconnection is on the crowdfunding website, Kickstarter.

Breweries have been especially drawn to this method for raising funding for equipment, ingredients and other big ticket items. And it provides a case study in how to create and maintain and engage a fan base.  All items that I believe are very important to long term success.

Some projects have set dollar amounts that even a casual / occasional backer can see won’t be reached.  It is much better to start small and reach “stretch” goals.  Otherwise your backers will lose interest when they see that the percentage towards the goal is inching forward and not running.

Even if you do not have beer to sell, get out and either support the bars that will hopefully be buying your beers.  Hand out bumper stickers or pass out questionnaires.  If nothing else, spread the word about the brewery.

Talk to your local newspaper, the big newspaper in town and then hit up any and all beer bloggers in the area.  Give interviews at any opportunity.  Post progress on the social media sites that work best for you.

Make sure that your pre-conceived line-up of beers is thoroughly explained on your Kickstarter page and your website and blog and Facebook because in the end it is about the beer.

Then drink a lot of coffee and soda because you will be on the ground running for the duration.  Which is great practice for the actual brewery too!

There are many L.A. area Kickstarter breweries up and looking for capital. (I say donate to all of them) But I am focusing in on Alosta for this post.

I like to see history being invoked because we (and I include myself) know too little about the places that we live in and secondly, I like that they will be serving a part of the world that doesn’t have a brewery. Monrovia gets Pacific Plate and if you donate, then Glendora can have Alosta.

And I can get both!

One of the reasons why I am fascinated by the craft beer movement is that new stuff keeps popping up that makes me wonder, “Why didn’t I think of this?”

Add this to the file: A brewery business incubator. One of my beer spotters, Steve found this article on Fast Company and I was kicking myself that I hadn’t written about it until now. Check it out HERE.

Considering the start-up costs and equipment scarcity and permitting and all of the rigamarole that you have to go through in Los Angeles. One place where up and comers can test out their craft seems like a no-brainer.

Check out the (fully funded +) Kickstarter video and I think you will agree:

If I win the lottery tomorrow (or the day after) this is something that I would love to pursue.

Over the holidays, I got my copy of Hop in the Saddle. I was one of the Kickstarters for this beery guide and was anxious to see how it turned out. 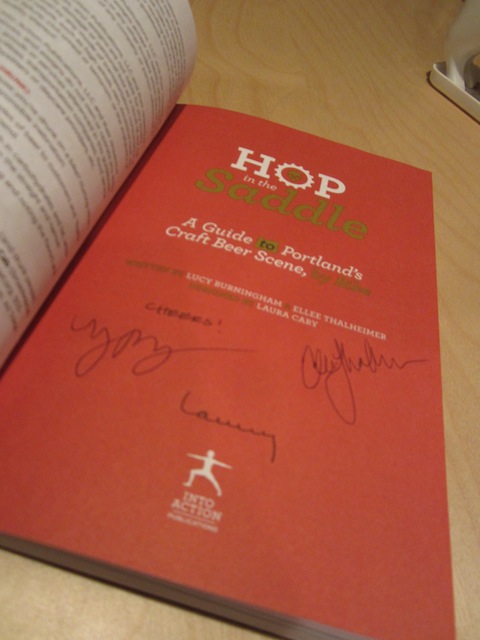 And the answer is…. great!

This is handy for both bikers who drink (or don’t) and for drinkers who bike (or won’t). It splits Portland into manageable chunks while also finding spots that I had never even heard of.

The biking instructions are complete and the notes really show that the authors have been to these places. And they have picked solid locations to hit the bike brakes. The graphic design is a skosh cluttered in spots but is cute and consistent. 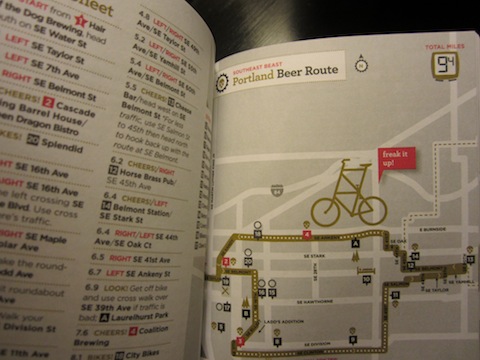 This guide may be more useful for a year-round Beervana resident but still holds surprises for those planning a visit.