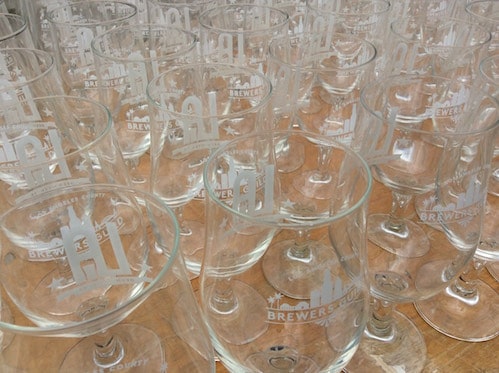 Here are some photos from the day…

The 10th Annual L.A. Beer Week is here! Join us for our big Kickoff Festival on Saturday, June 16th at the Los Angeles Center Studios in the heart of Downtown L.A.! We are bringing the heat this summer with an awesome festival featuring 90 independent craft breweries, live music, great local food, games, a photo booth from Snap Yourself!, Hollywood Curling, and more!

Produced by the Los Angeles County Brewers Guild, #LABW10 will feature the largest number of Los Angeles County-based craft breweries — more than any other festival in town! We’ll also have some very special guest breweries! Join us and support your local brewers and the nonprofit organization that strives to foster craft beer culture in L.A. County. Admission includes a keepsake glass and unlimited tastes of over 180 beers from 90 breweries. This is surely a not-to-miss summer festival!

VIP Tickets include a premium keepsake glass, early entry at 12pm, and access to our new VIP Lounge area.

**Day of ticket sales are NOT guaranteed. Should we have any tickets available on June 16th at the door, prices will be $55 General Admission, $75 VIP, and $25 Designated Driver**

Yesterday, I posted up some photos and notes of my experience at the Kick-Off Festival for L.A. Beer Week. I had a grand old time with my only difficulty being pacing myself in the heat.

Last year, I poured beer and that insulates you from what is going on around you to an extent. Fest goers are much happier when beer is being poured in their glass. This year, I was right up front as people streamed into L.A. Center Studios and that is where most of my notes are from and about.

Let’s dip into my suggestion box and see what we find….
SIGNS – Not much, if any, was seen around the L.A. Center Studios. Where it was most conspicuous is at the entrance. First, I saw no sign pointing you to where it was. No sign for volunteer entrance. Nothing for media. There needed to be those plus a sign signifying where the VIP line started and another saying General Admission line started. Maybe a line on the concrete with a volunteer (like me) standing there. Plus more signs posted along the line routes telling people where to line up and then another person walking the line, telling people which line they were in and what would be happening when the floodgates opened. There is literally no going overboard with signage and information.

That extends to the second slip in the suggestion box, BOOTH ID – Some breweries brought their A tents, but in summer fest season couple with L.A. Beer Week, some people can’t or simply don’t have them. So some sort of uniform sign (yeah, back on this kick again) so that you can easily find a brewery, and while we are at it. Placards that say what beers are being poured. Some breweries will use them and others won’t need them but at least you are covered.

Our next suggestion is targeted to NEW BREWERIES – There needed to be more love thrown their way. Maybe cluster the new breweries together on the grassy area. Maybe have a passport where you win a prize for trying a beer from at least five of the new breweries.

Finally, SHADE / MISTERS – I know it is an expense but two years on the hot tarmac a block off of the 110 Freeway in June sorta requires it. Maybe put it by the stage and encourage dancing in that area.