The second edition of the Beer Bible has been out fir a month or so and author Jeff Alworth has been doing a bit of promotional travel for it and landed in Los Angeles at Firestone Walker’s Propagator to talk about it with Prop brewer Sam Tierney.

I learned a few interesting brewing and beer history factoids such as in the early days of American brewing German hops were used for aroma and American hops for bittering, something that is completely reversed now.

Yeast was not an ingredient per the reinheitsgebot  because they did not consider it as staying in the beer.  It was though of as transient and not in the finished product.

Germans had to have a discussion to formalize that dry hopping was kosheraccording to committee for the reinheitsgebot. Spoiler alert, it was deemed OK.

Trends to watch when it comes to IPA. Czech styled takes on America IPAs might be a new trend.  And there might be a slight course correction for IPAs going back to more dry and bitter but keep the fruit.

If you did not buy the first version, I highly recommend. That and the 1909 American Bock that Firestone just added to their taplist.

Get your calendars out…

Noted beer writer Jeff Alworth will be in LA (Covid permitting) to plug his revised second edition of the Beer Bible. Which you should get if you do not have it yet. Click HERE to do it.

Frankly, even if dates get postponed, a Sunday at the Propagator is still gonna be fun.

When historians start treading the waters of 2020-2021, trying to make sense of the Coronavirus and its impact will be key. And maybe with distance, we will be able to see the full forest of trees.

But now, we are in the weird pre-post pandemic time and it behooves us to look back at this year+ even though it is easier to read about happier things.

All that to say that you can now buy the Coronavirus Diaries compiled by Portland beer writer Jeff Alworth, where he spoke with beer people in the thick of the drama. It is honestly very dramatic.

I am a sucker for beer history. Maybe since I have been blogging about craft beer for just about ten years now, I have seen fads and trends pass, breweries come and go and morph into new forms. But I still want to know more. What happened on the brewdecks and the sales calls and the places in between.

The Widmer Way by Jeff Alworth has the added bonus of being set in Portland (AKA Beervana) at the dawn or very early morning of craft beer. The best service that this book provides is to transport the reader back to those bootstrap start-up days and show that Widmer Bros. becoming what it is today wasn’t a sure bet.

The tale begins at the first brewery that Rob and Kurt put together and details the major part that their father had to play in keeping the brewery going that only a real handyman could and then tracks the brewery from their initial Alt bier to the flagship Hefe that the brewery is now known for.

You also read up on the strategic partnership with Anheuser-Busch and how the brothers were admired by the patriarch of the clan. Certainly a much different time for the now foreign owned beer giant. What follows is the eventual formation of the CBA – Craft Brewers Alliance. Both of these financial moves set a precedent for breweries to either use or reject in the future.

I do wish that the book was longer. It is a common complaint of mine, I know. But I would like to have learned more about the Brewers who followed the brothers. Or more about the Widmer’s place in the shifting landscape of Portland beer. I guess more about the beer in general.

Overall though, the writing is sharp and precise and never veers into boring history. Alworth has a firm grasp on each sentence, paragraph and chapter.

And by the end, you will want to drink a Widmer Hefeweizen, maybe with a lemon.

All About Beer has doubled down on their podcasts with John Holl hosting the new After Two Beers and adding the Beervana podcast to their roster for a formidable duo of beer podcasting.

I listened to the latest After Two Beers with guest Rebecca Newman of Summit Brewing and was treated to a science lesson that focused on packaging of beer. From there it went to how Newman conducts torture tests on the Minnesota beers either with intentional spikes of off-flavors or by warming incrementally or extremely.

The Golden Nugget that I took away from the under an hour long talk was that consumers should buy a six pack. Review one that is cold and treated well and leave one in the garage for a week and see what the difference is. I have heard that before but now it is back in my mind to try again.

The other bit of knowledge that I will incorporate is before I review a beer and say that it is off, I should go to the brewery website to check if the beer is what the brewery describes it as or not.

Beervana had Linfield grad (my alma mater) Alan Taylor as guest talking primarily about the process of opening his new brewery Zoiglhaus in the Lents section of Portland. It’s a great interview and boy does Taylor have a great command of German. Check it out HERE.

The next podcast to arrive sounds great too as the Women of Portland beer are the guests.

I am not done reading the Beer Bible by Jeff Alworth. In fact, I am maybe only 60% done. Barring a bunch of empty pages though, I can already say that I am giving this book as much of a positive review as I possibly can. 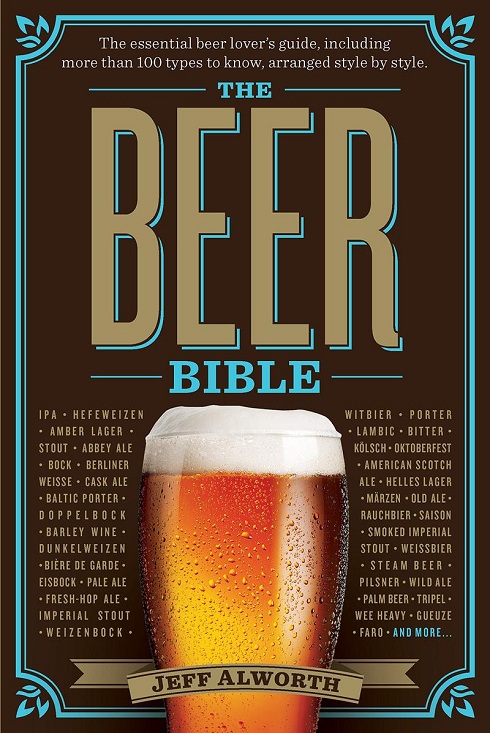 It can be a double-edged sword to say that the author’s voice comes through on the page. In this instance though, it sets the tone for a book that is witty, educational and fun. Beer books, especially ones centered on beer styles and signature beers for that style do not have to be dry affairs, nor do they need bunches of photos or an “edge”. History and the backstory make for intriguing reading and that is practically on every page.

Alworth has re-jiggered the styles into larger like-minded groups. Wet-Hopped beers get their own chapter where usually they are grouped alongside pale ales and IPA’s. Gratzers and Goses are bunched with others that form the lost and found Germanic styles as opposed to being lumped with all German beers. Each chapter concludes with a concise group of beers emblematic of what was just talked about. But before that you get more technical detail and the building blocks of the beers in a succinct manner.

I do want to touch on the design as well. There are a couple slight flaws that are a bit bothersome. The type is a little small for my tired computer eyes and the black and white photos lack the pop that color or a glossier paper stock would provide. But the layout itself is nice with the blocks of text being broken up well and the little changes in color or border providing a change of pace without being distracting.

My favorite parts of the book are the intermittent brewery sections that are peppered throughout the book. Getting a closer look into Dupont and its famous Saison was really cool. But each one is well chosen. They are all important but not talked about enough spots around the globe. I was tempted to just go through and read those first.

It is still a long book but one that goes by quickly and I have already used it a couple of times to refresh my memory when writing a post. It is the sleeker, faster version of the Oxford Guide to Beer. 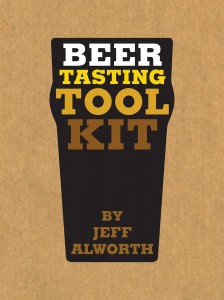 Hopefully, on our craft beer journey’s we all have been to a blind tasting. Personally, I love seeing how totally off base I usually am. And also by now, we probably have all had at least a tasting or two (informal or not) at home to show off some great beer we just got.

Now, there is a handy pre-made kit to help you do your own blind tasting at home. Check out the full story HERE at the Beervana blog (which is one of my daily reads)

Being born and raised in Oregon means I like to hear about what is going on in Oregon beers from down south in LA. And one of the better stops to get my Portland Beer Info fix is Jeff Alworth’s Blog Beervana.

He has also in the process of writing a book plus he has a book of his best beer musings out too.

Check out the Beervana. It’s almost as good as going to the actual place.

There are certain beer bloggers who I follow more than others either due to topics covered, geographic location or humor.

One person who covers all those bases is based in my former burg, Portland. Jeff Alworth’s Beervana blog has been going strong since 2006 and he has posted about places or beers that I have then HAD to visit or WILL visit soon.

So what did I see the last time I visited? Well, he’s compiled a book. With blog posts and additional material that you can physically read.