Time to break out the slide rule and protractor because Beachwood Brewing has a new West Coast IPA coming tomorrow!

Filled with Idaho 7, Loral and Pahto hops. Let me get my calculator before buying this. 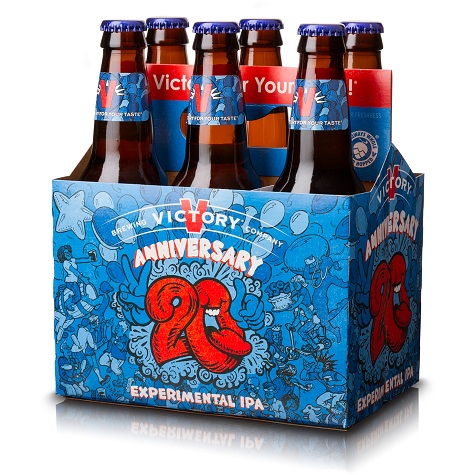 Will Idaho 7 be the hip hop of 2016? Victory Brewing is using it for their 20th Anniversary Experimental IPA. So maybe that will open the flood gates. Though it doesn’t have a “real” moniker like Equinox or Cascade as of yet, the to be named experimental hop imparts three main flavors that I think will work wonderfully in an IPA. Orange and apricot flavors with hints of mildly astringent black tea.

Here is the pertinent info from the press release: “The IPA is brewed with pilsner, carapils malts and a very rare, experimental hop. Idaho 7, a recently developed hop variety, takes center stage in this celebratory but sessionable liquid homage. Through two decades of global hop-trotting Victory has forged enduring relationships with hop growers and brokers that permits Downingtown’s famous brewery to enjoy a leadership role in hop experimentation and implementation. Discovered in the third largest hop producing state in the country, Victory helps the hop make its east coast debut by utilizing twenty years of craft brewing knowledge to harness all of its juicy hop power into a 12 oz. bottle. Part of the reason for Idaho 7’s promising power lies in the location where it grows – a land formation dubbed the ‘shelf,’ in a remote area in Idaho. This extremely low mesa in western Idaho creates the ultimate soil and climatic conditions for growing hops.”