Well this screenshot should assist…

You may remember Maximilliano, the restaurant that was an interesting an unofficial Craftsman Brewing outlet. That concept closed but the next tenant will keep the restaurant with a side of beer theme.

MacLeod Ales will be taking over the space and hope to open this time next year. Their pizza business next door to their Van Nuys brewery was a great success and now they will try to replicate it.

Today marks the opening of the Retro arcade with beer, wine, cocktails, food and Mead too! I saw my favorite Star Wars game from waaaay back in the day in one of the photos of the brick walled space and can’t wait to head over and see what beers are on tap. Will see if Barcade brings an A beer game.

If you want to say backyard in German, then you say: Hinterhof.  It is also what you say when you want to go to a Germanic all-vegan restaurant with beer in Highland Park.

The spot had a start date of January 5th on the York Boulevard portion of HP.  There is an outdoor patio for outdoor drinking from the 12 local tap choices, plus beer from abroad (hopefully German like say, Kloster Andechs. A re-influx of foreign beer would be quite welcome.

So in perusing Facebook during a work break, I saw this piece of news….

An already beer stuffed York Boulevard is getting even MORE! Sunset Beer is expanding to Highland Park bringing their curated bottles/cans and taps.

For those of you who haven’t noticed, my writing on Food GPS has morphed from once a week to now every other week or so. The pieces are a little longer, the format is a bit different, a bit of a refresh for 2018.

So if you missed March entirely, here you go…

We here in L.A. already have Button Mash for that potent mix of classic arcade games plus good beer and now the venerable name Barcade is planning to venture west from their East Coast hub.

The planned Barcade will be on York in hipster Highland Park. Further details when they become available. 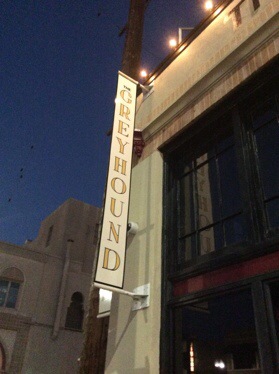 Arriving with my Mom in tow and with mere minutes to spare before the close of Happy Hour at the Greyhound, a new craft beer, wine and cocktail bar in Highland Park (near the big Highland Theater sign), I order up a Cismontane Blacks Dawn and a salad.  The total for me: $8.

Once you slap yourself for being too late to order a second round, you realize the place is loud.  Really loud.  With ebbs and flows as the pulsing music finishes one song and people don’t have to scream over the music until the next song comes back on.

The decor is nice and so is the tap list.  On the night of my visit they had a goodly number of solid choices along with a rotating duo of hoppy selections.  I would put it solidly in the B category.  It isn’t one of those lists that has a nod to craft which is what I call D, nor is it the national easy choices of a C.  I will re-visit and see if that grade is fair when another set of beers goes on tap but it is good though not as strong as Maximiliano or the Hermosillo.

I wasn’t a fan of the decibels though it didn’t bother my mom a whit.  That is what happy hour prices can do. 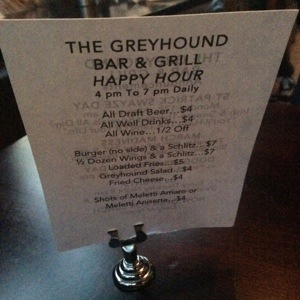 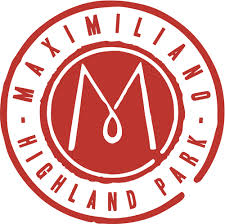 One thing that I should probably do more of is craft beer AND food reviews.  In an attempt to ameliorate that shortcoming.  A quick review of a recent dinner at Maximiliano in Highland Park. (Without food OR beer photos)

My wife and I split a soup, pizza and dessert during our visit while I had two Craftsman beers (since Maximiliano is the de facto tasting room for Craftsman).

We started with fresh Minestrone soup minus noodles which was really good.  I had to pick around what appeared to be cauliflower but I could have easily polished off a second bowl. And I liked the addition of squash chunks to it.

I paired it and the following pepperoni pizza with the rarely seen Cabernale.  The crazy and crazy good hybrid of red wine and beer.  It was delicious (as always) with big grape notes and a strong undercurrent of oak barrel.

As my wife described it, pizza is made or broken by the crust.  Good ingredients on top are all well and good but the crust ties it all together.  The crust on this pizza is a cross between crackery and bready.  Right in the zone for me and the pepperoni was the real deal.  Spicy but not rip roaring so. Again, I could have had more but I wanted to save room for dessert and a second beer.

Beer wise, I went with the sour blonde by the name of Cirrus.  I have only had a few of this style.  Most notably Eagle Rock’s Equinox.  And while the “cloud” was good, it needed a little more tartness or liveliness to it.  Again it had some really nice subtle barrel notes to it.

The dessert was a bit of a letdown.  We had not much experience with cannoli’s but this was too rich for our blood with hazelnut and chocolate chip.  It was like a creamy version of cookie dough stuffed into dough.  You could tell the quality, it just wasn’t what we were hankering for at the end of the night.

If I did rating with stars or forks Maximiliano would get many, for the beer and pizza alone.

It is starting to look like craft beer row in Highland Park.  The York started it out, followed by Maximiliano and the Hermosillo and now the Greyhound is joining the fun on York Blvd.

And the kicker is that Gabe Gordon is part of the team.  Which means there might be a closer (to me, at least) spot to get some of Julian Shrago’s great Beachwood beer.