I probably course corrected a bit much to the local beer buying habit so at the start of each year, I try to nudge that ship into international beer waters. Hi-Lo Market has an option for you and me fromTallinn, Estonia. The brewery is Põhjala and it is one of the largest craft breweries in the Baltic states. It also made the RateBeer “Top 100” list of world breweries.

There might not be many bottles so hop to it or make your next beer buying trip a non US beer one for variety.

In a recent social media post, Hi-Lo Liquor Market sorta dropped news that they may be growing from the two locations in Culver City and Long Beach to a total of four.

I guess the locations are secret for now, but I do hope that one is Glendale. Hint, hint.

Count me as a fan of the OG Hi-Lo in Culver City and now I can tick from my to-do list visiting their second location.

Right on Ocean Boulevard in Long Beach is a bright airy spot with more room for the well curated treats that Hi-Lo specializes in from fancy Iberico ham potato chips to the excellent Tony’s chocolate. But what they excel at is fine spirits and craft beer.

Now the only complaint I have is that single cans are not in high abundance. This is a buy a four pack place. If you are good with that, then you will find an eclectic selection. Weldwerks, ForeLand, Cellador and Bottle Logic are there. Sours to pastry stouts. And a nice little watch the foot traffic outside bar area that I would re-visit.

You should certainly add them to your beer shoppe list.

The wonderfully fun little specialty shop, Hi-Lo in Culver City has added a tasting counter with draft beer as well as wine to make your time near the Expo Line more fun before you grab some take home cans and bottles.

Imagine my surprise to see a bottle of Blackberry Farm Saison on a shelf at Hi-Lo Liquor in Culver City. 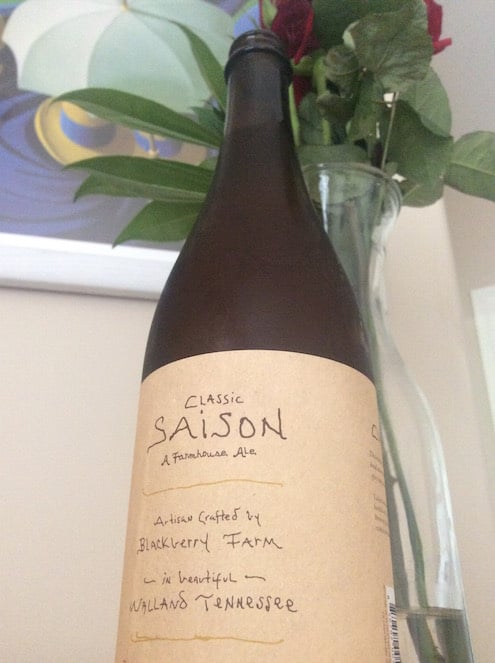 This Tennessee saison is a pitch perfect straight-up saison. No bells. No whistles. Just a good malt and a strong yeast to make a beer that is sprightly and chewy at the same time. Getting a lot of clove. Then a grassy rye spice note to it. One of the labels buzzwords is agricultural, and that is spot on. This bottle was priced at $16.80 and I would say that it is worth it. Expecially for those who venture across beer styles.

Metro is a great way to get to certain beer locales across Los Angeles. Caveats being that the Blue Line ranges between uncomfortable to scary and the 90/91 bus back to Glendale runs every other day it seems.

A more pleasant ride is the Expo Line which I took for the first time on a recent Sunday. The goal was to stop in Culver City at two new spots for beer. Hi-Lo Liquor and The Cannibal L.A.

The latter is part of the Platform concept that is right across the street from the Culver City station. There is a little butcher shop / bottle shop in the corner of the wood dominated restaurant. Damn they have high prices. No beer from the wood plank tap handles was under $8. $15 for Bretta Rose. $10 for Power Plant. It was a good sign to see the Beachwood style beer regulator on the wall. 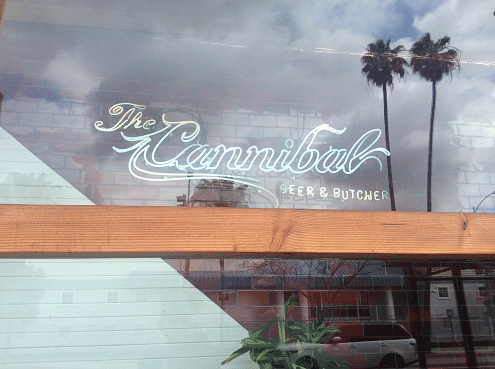 There were a wide variety of bottles to buy but I am concerned that they face the big windows that are great for watching the trains roll in but are letting in light too. The bottle and can prices rise with the rarity to a crazy (for me) $30 for a de Garde beer from Oregon. Would be cheaper to fly to the Oregon coast and buy it there.

I ordered a Modern Times Ice Pilsner along with a biscuit and bacon. It was a nice small brunch and fueled me for the short walk to my next stop, Hi-Lo Liquor. 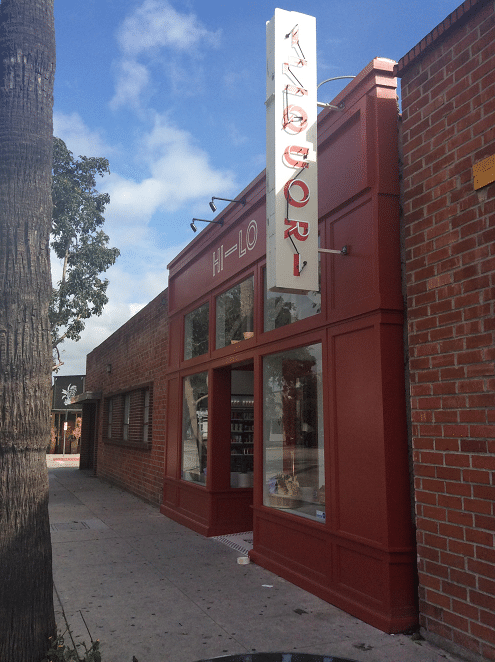 This is a small square space with loads of artisanal treats. If I had a gift card, I could go nuts. Up on the back wall is a cooler of curated beer choices. (With unfortunately some macros on the far right taking up space). If this was in my neighborhood, I would be dropping in to check the new stuff all the time. They carry spirits and wine too.

I consider it a spot to pack a Hollywood Bowl picnic. Now if they would add some taps, I would stay even longer.