One of my favorite breweries, Beachwood has joined the growing list of Stone collaborators to create an Unapologetic IPA along with third partner, Heretic Brewing. 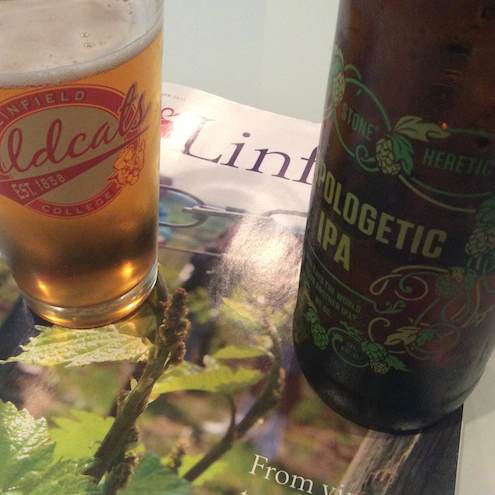 This IPA that was kindly provided to me by Stone pours a bright and cheerful orange. The first taste that comes through is Concord grape. Grape Ne-Hi to be exact. Then a heavy bitterness hangs like a shroud.

The aroma is great on this one. Zippy and filled with grape notes. But that promising start is undone by the heaviness. There is just an astringency that makes this below average. And then the cat pee notes kick in a little too harshly as well. And since these are such new hops.  Belma?  Yakima #’s without catchy names?  I don’t really know what is causing the high points or the low.

This just verifies that the Stone IPA palate is not mine. That is no knock on Stone. Their Hophead fans are legion, so they are playing to their customer base for sure. And I know they have a session IPA out there that is more in line with my delicate sensibilities but I would have liked to see less hops here. Toned down the ABV a skosh as well.

All apologies but this IPA is not for me.

I have not been a big fan of Stone hop bombs.  Probably a palate thing on my part.  They just seem muddled to me.  Whereas their GoTo Session and Enjoy By seem simpler and tastier.  But this collaboration has me intrigued because it brings three distinct brewers together.  Plus I think the world of Julian Shrago of Beachwood, so I will be getting this just for his 1/3 contribution. 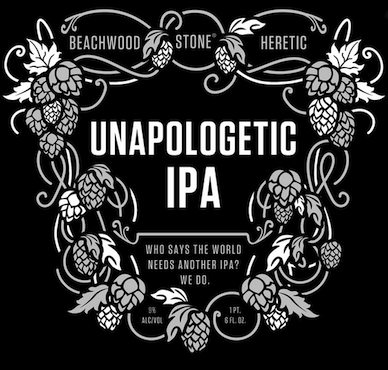 We start off 2013 with a thorny question. The Beer Festival idiots. I was spurred to write about this after reading a blog post on the Heretic Brewing website, which you can read HERE

The above post can’t really be argued with. There are many festivals (including the grand-daddy of them, GABF) that have a major component of people who just want to get hammered. Blotto. Whatever you want to call it. There is one beer fest in the L.A. area that I will not attend again because that percentage is so high and the beer knowledge so low that I fear that people will start keeling over from alcohol poisoning.

Now, I do not know if that is OK from the standpoint of the event organizer or not. But I do know that it is an atmosphere not conducive to learning about beer and it sure as hell doesn’t make it any fun at all for the brewer or brewery staff who man the booth and have to put up with it.

The only way to stop that behavior is to charge more for tickets ($45 at least, $90 for GABF) and to have a cap of 10 beer tickets max. I know that this means that I will pay more and get less but I will gain a lot of elbow room and I will feel safer getting home because the drunkards will be elsewhere. And hopefully, if the cost is higher then some of that extra money can go to reimburse the brewers (who usually don’t get paid) or send more to the charity that usually is part and parcel to a festival. Throw in a couple rare beers or a food ticket and if the breweries are good then the people (who love “tasting” beer) will flood through the doors.

And I think that there will be side benefits as well. Brewers will probably start to return to their place inside the booth and the grumpy beer snob folk who only want their beer served by the person who brewed it and absolutely no one else will be sated. Two sets of people happier right there! Smaller crowds mean less parking and security and bathroom needs as well. It means the lines will be smaller and the decibel volume will be less so you can talk without screaming.

It’s paradoxical but I would go to many more events if I knew that I didn’t have to put up with the louts and asshats who should stay home drinking bathtub gin instead of being out in public. 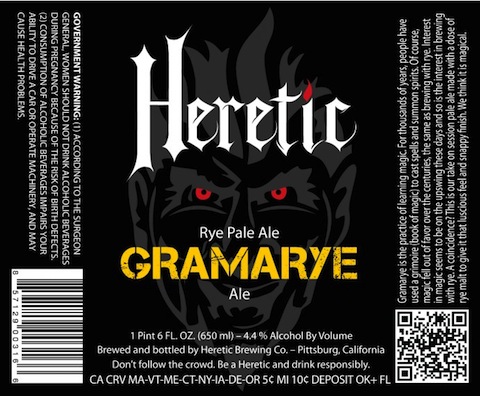 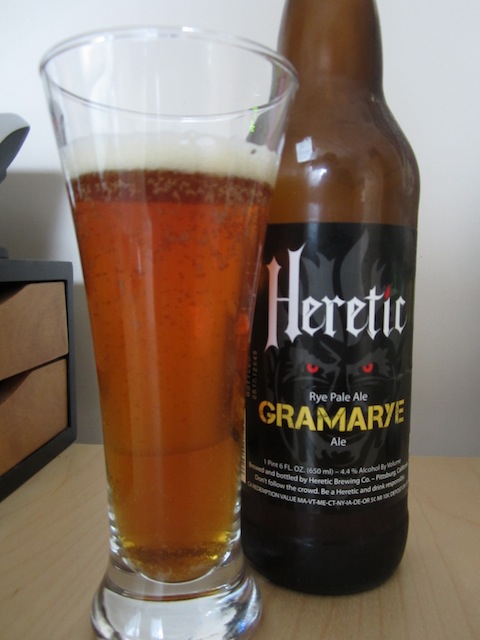 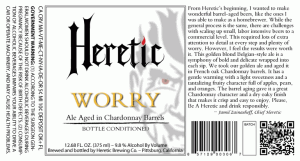 I am already behind on Heretic beers. Haven’t had Shallow Grave yet and now this beer….“This golden blond Belgian-style ale is a symphony of bold and delicate wrapped into one. We took our 9.8% Belgian-style golden ale and aged it in Grgich Hill Estate Chardonnay barrels. It has a gentle warming with a light alcohol sweetness and a tantalizing fruity character full of apples, pears, and oranges. The barrel aging give it a great Chardonnay character and a dry finish.”

Plus Miscreant and Torment are coming soon too!