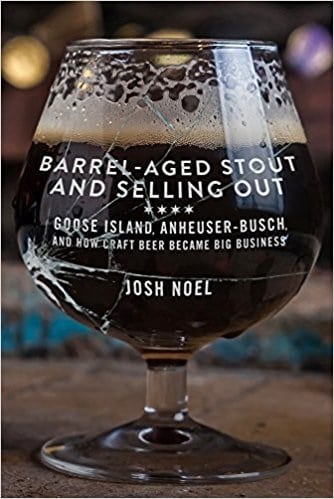 Two confessions before I begin this review. One, is that I met and drank Bourbon County Brand Stout with Brett Porter in L.A. in a weird office building location with no other bloggers around. And two, I read Barrel-Aged Stout and Selling Out over a single day. I couldn’t stop.

Author Josh Noel has crafted a real page turner. It starts at the beginning of Goose Island and stops with the new Independent Seal being introduced by the Brewers Association and in between it covers all of the highs and lows of the strange phase of beer world where SABInBev was buying up breweries.

Though Big Beer is taken to task, this book is no screed against capitalism. This book is super fair but isn’t fair just to preclude future arguments. Neither John Hall or his son Greg get off unscathed but they also get the credit that is due to them. Same for the SABInBev folks. And that is important in history is to tell both sides as fully as possible while also using hindsight to point out where people made mistakes, small or tragic.

This is the first beer history book that has really used social media reaction in just the right proportion. It would have been easy to rely on the funniest tweets or posts but Noel has taken a measured approach to the outsized reactions that I remember reading and hearing about.

The big take-away for me was when Greg Koch from Stone refers to SABInBev as the Borg. The mega-villain of Star Trek: The Next Generation. It is apt and I went back to earlier chapters and it really fits. They just want to take over beer. They will use whatever loophole or checkbook to get to that point but they are and will forever be at the mercy and stymied by individualism.

It is why craft beer was able to grow so big and it is why they still lag behind craft when it comes to setting the trends and agendas for beer. Everytime they trot out the worn saying, that the only thing that matters is the beer, you can see them sniggering behind the curtain or hear them sneaking up behind you. They just aren’t authentic.

As the Texas brewery Jester King said when Wicked Weed was sold, and I am loosely paraphrasing here, they remain our friends but we don’t like who they aligned themselves with and won’t pour their beer. That is where I stand as well.

One last thing, get this book! 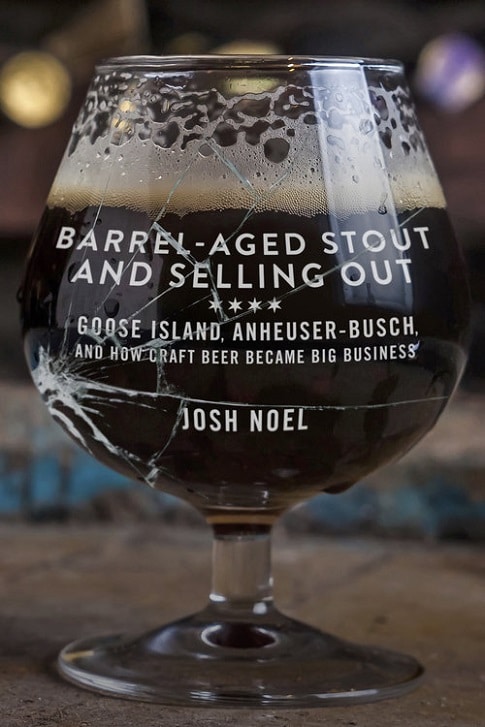 Barrel-Aged Stout and Selling Out by Josh Noel may be the first of a wave of books to analyze the selling and its long term ramifications. And I for one cannot wait to hear the juicy details of how it happened and the fallout. Let’s hope that Noel can pace this story well.

OK, so it not a battle when it involves two great beers. But let’s take a look at my thoughts on the 2013 and the 2015 versions of the original Bourbon County Stouts from Goose Island. 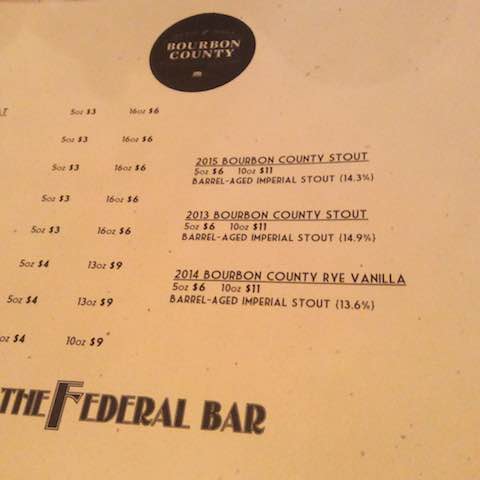 2013
The most notable part of my first sips of the 2013 is a biting sharpness in the middle. I was expecting a beer mellower and heavier.  And this BCS is both heavy and light with hot chocolate notes. As it warms the heat starts to show more throughout the taste instead of that spike in the middle. This stout is very dry. The Bourbon is tucked in there but not oppressive it is more 1/3 of the pie.

2015
The latest version starts with that same sharpness as the 2013 with more vanilla to it as opposed to chocolate. That vanilla fades though into more raisin notes that I associate with Quads and Belgians. Seems less complex than the 2013. And again the bourbon is just a member of the team and not the star.

These are my thoughts as I sipped from both beers.  The take-away is that these beers are extremely similar.  The shared DNA is obviously there but to each individual palate the flavors with the biggest bounce might differ from mine.

We head to the Chicago and Goose Island for our third Oktoberfest offering, Goosetoberfest!(That’s what I call it) 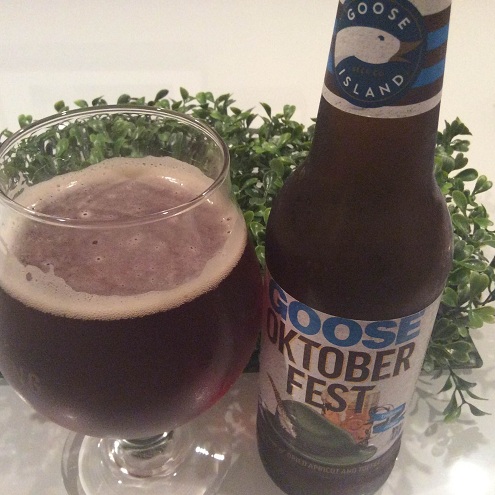 Now this garnet hued Festbier smells Germanic to me. Sweet and malty. That combo prominently stars in the beer but thanks to a hearty bitter kick and some dryness on the back of the tongue, this beer avoids being a one-hit wonder. There is a brûlée note that opens up as the beer warms as well. I can easily see this being “imperialized” and then cellared. It really reminds me of the sweeter aged beers like Samichlaus. The label makes claims of toffee and dried apricot. I can understand where people would taste the toffee but the apricot is a puzzler to me.

No matter, this would kill with a bratwurst. The savory would really play well with this especially if you had a sweet condiment to go with it.

Here in Los Angeles, the weather is finally making tentative steps to fall.  Which means we can begin to drink some lighter stouts and barley wines and wait for any type of moisture to fall from the sky.  These are my 3 picks to drink this month and because the Dark is so dark, the other two selections are quite light.

“Our twist on an American Pale Ale, She Shot First, is brewed with generous amounts of malted wheat, and Pacific North West hops. This particular combination produces enormous flavors and aromas of citrus. “

“Myrtle has a pleasant acidity from a Lactobacillus fermentation. Lemony Meridian hops grown in Silverton, OR enhance the citrus character of our house Lactobacillus strains and the fruity ester profile of our house farmhouse yeast. “

“The Original, a liquid as dark and dense as a black hole. The nose is an intense mix of charred oak, chocolate, vanilla, caramel and smoke. One sip has more flavor than an average case of beer.”

I had the opportunity to sit down with Goose Island Brewmaster Brett Porter to talk about the 2014 slate of Bourbon County Stout beers, in Beverly Hills of all places.

The answers to my questions posed that day will appear over on Food GPS in early November. For now, you get my tasting notes on the spin-offs and variants of the classic Stout that debuted over 20 years ago. 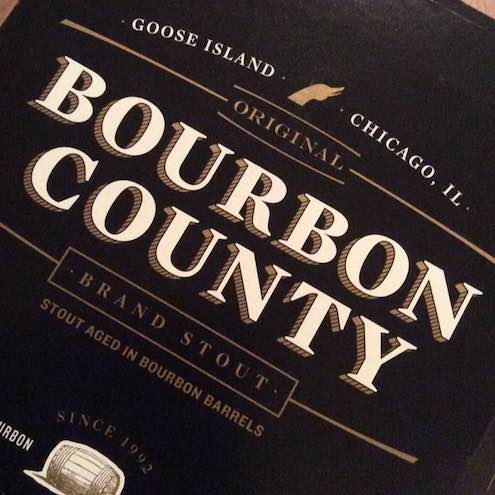 This year the BCS consists of the following: (with my tasting notes in italics)

Bourbon County Brand Stout – Original: A liquid as dark and dense as a black hole with thick foam the color of a bourbon barrel. The nose is an intense mix of charred oak, chocolate, vanilla, caramel and smoke. One sip has more flavor than your average case of beer.
One of the rare bourbon barrel beers that doesn’t scream bourbon. I like that the previous occupant of the barrel is an additional note here. And this year the alcoholic heat is much less. No need to wait for this one, it is ready now. Quite viscous with milk chocolate notes here.

Bourbon County Brand Stout Coffee: Everyday Goose Island smells the wonderful coffee roasting next to our brewery at Chicago’s Intelligentsia Coffee and Tea. This world class roaster puts the same passion and skill into their coffee as Goose Island does with its beer. This excellent stout is made with a different coffee from our friends next door each year. With the change in coffee comes a change in the flavor profile, making each release truly unique from the previous years.
The 2014 wasn’t ready yet but brewmaster Porter really liked the coffee choice from Intelligentsia for this year. But the 2013 really held up well. Big coffee nose with lots of unroasted bean notes to it

Bourbon County – Barleywine: Aged in the third-use barrels that were once home to Kentucky bourbon and then our renowned Bourbon County Stout, this traditional English-style barleywine possesses the subtlety of flavor that only comes from a barrel that’s gone through many seasons of ritual care. The intricacies of the previous barrel denizens – oak, charcoal, hints of tobacco and vanilla, and that signature bourbon heat – are all present in this beer. Hearty and complex, Bourbon County Brand Barleywine is a titan and a timeline; a bold, flavorful journey through the craft of barrel aging.
When left to warm up, this really showed off some complexity. Lovely garnet color, this beer spent 6 months in barrels that previously held BCS. Slick on the tongue with cola and cranberry fruit notes. A little Umami action as well.

Bourbon County – Vanilla Rye: First brewed for the legendary festival of Wood and Barrel Aged Beer in Chicago, drinkers enjoyed this Bourbon County Variant so much we bottled it the next year (2010). People flocked to stores to get their hands on a bottle and have this one of a kind barrel aged stout. Over the past few years we have heard our fans express their love for this version and we are extremely proud to bring it back in 2014. This year’s version features a little twist of aging the stout in Rye Whiskey Barrels with a mix of Mexican and Madagascar vanilla beans!
I so wish this one had been ready but I will really like to see how these flavors meld together.

Proprietors Bourbon County: Proprietor’s Bourbon County Brand Stout is meant to show our immense gratitude to our neighbors here in Chicago – the loyal and adventurous fans whose support helped bring Bourbon County Brand Stout to towering new heights. Each year this release will differ from the previous year; a special variant created for Chicago and unique to the year it was released. Whether your first sip is today or was from that first batch in 1992, thank you for lifting us up on your big shoulders and joining us every year to celebrate the original bourbon barrel aged stout.

There is a very herbal nose on this new to L.A. bottled offering from Goose Island of Chicago. Getting notes of licorice and vanilla intermingling in this bright orange drink that bears the name Ogden in honor of hizzoner William Ogden, the first mayor in Chicago. (Are they called that in Chicago, or is that just a New York thing?) 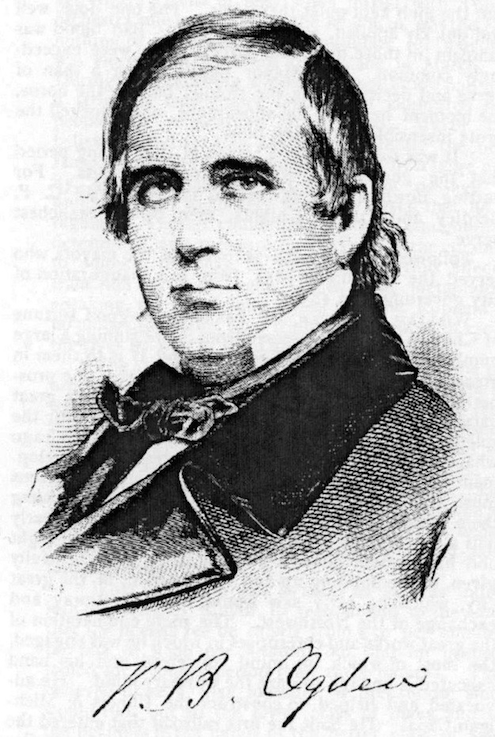 I am also getting some rye and citrus background flavors here as well as I take in all the details of the well-designed and classy label.  There is almost a creamsicle essence as well. This saison does show it’s 9% ABV on its sleeve but there is such a nice mix of flavors here that it doesn’t cause a detriment to drinking it. The licorice and orange + tropical particularly really work well together. 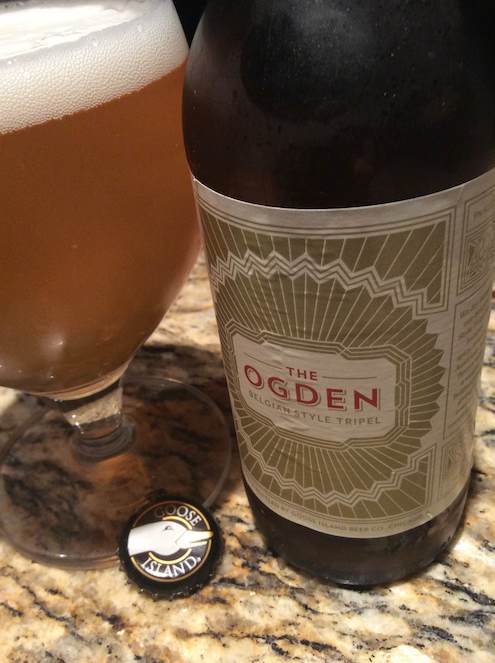 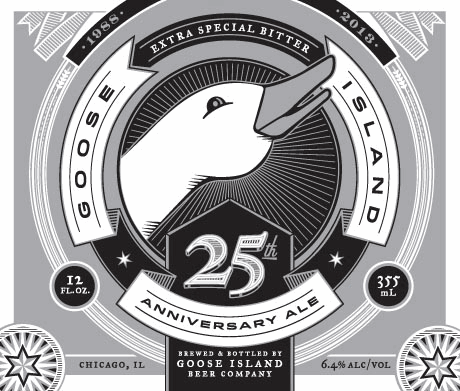 A Big American ESB ringing in at 6.4% sounds like a good way to ring in XXV years in the beer biz.  Congratulations to Goose Island for the achievement!

The collaboration craze shows no sign of abating and I, for one, am not surprised. If brewers can be creative with malt and hops then why would that end when more industry friends are invited in.

Now Deschutes will collaborate with breweries from the Class of ’88. North Coast – Rogue – Goose Island – Great Lakes Brewing who have all reached the 25 year mark. This will be a series of beers honoring that joyous mark.

According to schedule the first to appear will be a barleywine in March of this year.
Then a couple months later a Smoked Imperial Porter will be released and finally a Belgian Style Strong Golden will arrive late in the year. 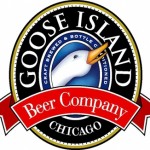 The Details
“Aged in bourbon barrels, King Henry is a burgundy hued English-style barleywine with aromas of vanilla, oak, and dark fruit. Caramel and toffee flavors blend together with bold notes of bourbon delivered in a smooth body followed by a malty finish. No matter the occasion, King Henry promises a regal drinking experience.”